As most people in this community know, I myself am a wheelchair user and would require assistance to evacuate in the case of a fire. So I am undoubtedly hypersensitive to issues of fire safety.

And I won’t buy anything that connects to Mains power unless it is UL or ETL safety certified. Others also allow CSA certifications on an equal basis.

Since I’ve often mentioned that in the forums, One of the questions I’ve been asked a lot over the years is does UL certification matter, so I thought it was time for an FAQ.

Do I HAVE to use certified devices?

The answer depends very much on where you live.

First, in some US jurisdictions and parts of Canada you will be required by local safety code to use UL or ETL or CSA safety certified devices if they are wired to the mains. Even some homeowners’ associations have this requirement.

But there are also lots of jurisdictions where it’s a personal decision.

Some landlords, particularly of office buildings and multi family buildings, may require in the lease that you use only safety certified devices if wired to the mains.

I’ve read news stories for years that insurance companies may not pay off if you do any DIY work that doesn’t meet local safety codes and a fire occurs, but local safety codes may or may not require specific certifications. You just have to check with your own.

Is UL the only choice?

ETL certifications are just as good as UL almost everywhere. The company was founded by Thomas Edison (yeah, that one) in 1896 to do safety testing on lightbulbs. They test a lot fewer categories than UL does, but they do test most of the lighting relays and switches and plugs that you would use for home automation, and it’s just up to the manufacturer whether they choose to do UL, ETL or both. CSA is a Canadian Organisation with similar standards to UL. They can certify to US standards, but you don’t see that that often. If you are in Canada, you will see a lot of these.

Note that UL also has a separate division for certifying products for the Canadian market. So it just depends on where you .are as to which options will be available

TUV Rheinland is another independent testing laboratory, but while I’ve seen their logo on some hospital systems and some big industrial lighting systems, I’ve never seen it on an individual home automation device sold for DIY projects. They are recognized by OSHA as an independent testing laboratory, but I don’t think you’ll see this one very often on products that work with smartthings. 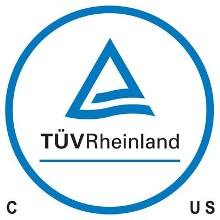 So those are the ones that most documents mean when they refer to “safety certified.“ UL, ETL, CSA, and maybe one of the independent testing labs that tests industrial products.

Self certifications: these are not equivalent to UL listings

If you live in the EU, you will also see the CE certification. You will also see it on some products shipped to the US, particularly from sources like AliExpress. And if there is a product which is going to be sold in both the US and the EU, it will have the CE logo in addition to a safety logo from one of the independent testing labs in the previous section.

To my mind, as an engineer, the CE logo by itself is pretty useless because it’s self certified and some cheap Chinese companies stamp everything CE whether they really did the safety testing or not.

In fact, some Chinese companies will stamp the CE logo on everything they are sending to the EU for sale, even items in categories that don’t have CE standards.

There is a long-standing joke which has even been discussed in European Parliament that “CE“ stands for “Chinese export.“ It doesn’t, but the fact remains that the UL, ETL, CSA, and TUV Rheinland logos are only legally used if the device has been tested by an independent laboratory certified by those organizations. But any company can do its own selftesting and use the CE logo. Also, the official CE logo depends on the exact proportions of the two letters, so there are some companies that use an alternative, which they say stands for “Chinese export, how could anyone get confused?” This one doesn’t promise any safety tests, not even self-certified ones. Can you tell the difference? 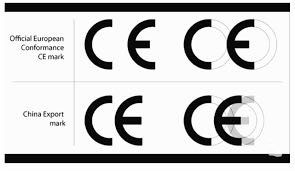 So while I’m sure there are some good quality devices with only a “CE” marking, I personally don’t buy them.

Probably. It’s an expensive process for the company, and that cost usually gets passed along to the consumer. When Shelley made the decision to have some of its models UL certified (previously they had only used the CE mark), they estimated the cost might have to increase by about 25%. But they also noted that they would be using different parts and that it would allow them to sell the models into places where they otherwise couldn’t.

Speaking just for myself, I am certainly willing to pay an extra $5 to $10 for better safety for something that will be wired into my home’s electrical grid. And I also have more confidence that the company probably does its other design homework as well. I expect more from devices with these certifications, but I think I get more as well.

So I just need to check the logo?

There’s a constant issue with companies that use the logo who are not authorized to do so. The safest thing is to go to the website of the certifying organization and look up the model there: that will tell you whether the logo is real or not. (Unless it’s a complete counterfeit, but that’s a different issue.)

Can you recommend any brands?

Remember that UL tests for all kinds of things, from childproofing to electrical safety. And all I’m talking about in this FAQ is fire safety.

I think Home Depot only sells UL or ETL or CSA certified mains powered electrical devices, but I’m not 100% sure. I do know that other stores sell some things that Home Depot won’t. (Nortek, for example, went through the process of getting their Z wave garage door opener UL certified specifically so it could be sold at Home Depot.)

I personally like Lutron, Eaton Cooper, Meross, and Sonoff for their safety certifications on specific models. Leviton is also good, but expensive, I don’t usually consider them unless they have something that nobody else has.

Meross is my favorite budget WiFi brand for this, only because the integration is easier than sonoff. I know a lot of people love Sonoff. But I mostly use Meross with HomeKit, where it’s a local integration. It’s still cloud to cloud with smartthings.

I am also really impressed with the engineering of Shelley and they do have some UL listed models. There’s now an edge driver for these and they are quite inexpensive for the features they provide. But the integration is more complicated than some of the others.

But honestly, UL or ETL or CSA certification is just the minimum starting level. after that I do all the same research I would in any device class, including checking the smartthings integration features, the match to my use cases, etc.

So what’s so different about UL and ETL and CSA
testing?

Mostly it’s in the edge cases. These labs will test for the ability to handle four times the current surge spec, for example. They also test much wider range of temperatures and the ability of the device to work safely under physical pressure, which is really important if, for example, part of a wall collapses.

A couple of years ago a video blogger did a really interesting interview with a Shelly executive right at the point that they were going through UL certification for their first device, and they discussed some of the details of the testing. It’s also interesting that is clear that the UL engineers were doing tests Shelley hadn’t been doing, even though they had been a successful IOT company for several years.

So there you are. Does it matter? Yes, in the sense that in some buildings or some jurisdictions, UL or ETL or CSA safety certifications are required by local safety code for anything wired to the Mains. (Some US Homeowners associations will only list UL or ETL as acceptable.)

And, yeah, I know the IOT company is Shelly, not Shelley, but my dictation program isn’t cooperating today. My bad.

A great post and overview. Thank you very much for putting this together.

As we tinker more, UL / ETL marks (for us in the US) are a seriously helpful way to tease out more serious operations.

On a semi-related topic, I believe one required area for UL certification in the USA are smoke alarms. The next big standard upgrade (UL 217 8th edition) is seemingly coming into force this year. 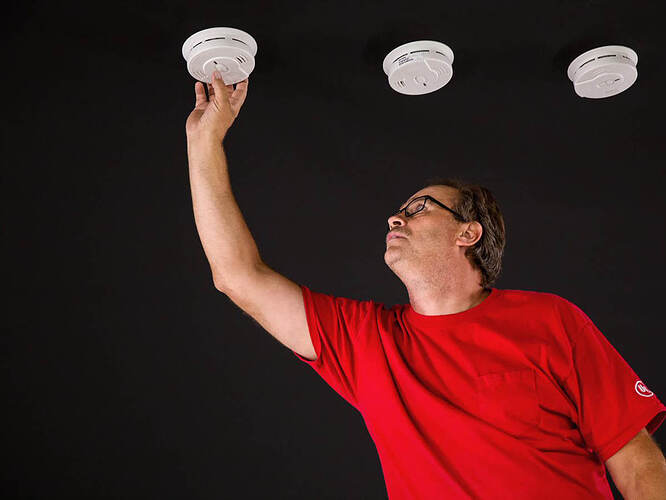 We are due for new smoke alarms soon, so we are hoping for some Matter-supporting smoke alarms to hit the market this year or early next.