Does the hub see the siren as a new z-wave device and then you change the device handler to aeon siren? BTW, i have the aeon indoor siren and the type and volume do what you would think they would do - they change the sound and the volume accordingly.

Would you recommend the POPP siren? Can you activate separately the strobe and the siren? Can it be used in ST rules?

Thank you very much in advance.

Hi, not at the moment without a dedicated device handler.

I think recommendation depends on your use case, I did not want to have to run power outside, and I also prefer that this works in the event of a power cut, therefore it is the only device I have found to meet those requirements.

I will when I have the time try a cobble together another device handler, but not being a developer, no promises.

I am not sure I understand Stephen.

Can you please clarify what steps you took so that the siren gets connected to ST?
Also, can you separately activate the strobe and siren?
Can you integrate the siren into rules? For example, if door X opens then sound the Alarm.

I am seriously considering ordering this siren, even though the price is too high.

The hub picks it up as Z-Wave Siren initially. When I click into the device in the application it shows battery level and has an “off” status. From here I couldn’t seem to activate “on” to turn on the alarm. If I trigger the siren with the manual switch on the device, ST then shows that the alarm is going off and I can hit the off button to turn it off. I then changed the device type to the Aeon Siren and I could then click it on and off in the application, but in the process loose the ability to see the battery level (not really a big concern as its solar and won’t need replacing). I’ve not had a chance to play around with with yet beyond that initial testing late last night.

Thanks a lot for getting back on this one.
I kindly ask that you try to activate the siren within a Smart Home Monitor security rule.

Regarding the functionality you have already tested, are you able to activate the strobe separately?
When you activated the siren, did the strobe as well go off?
Also, when you mess with the box itself (try to unscrew it or smth), does it go off?

Battery status is no problem I think, especially since it is a solar powered device.
Last but not least, where did you buy it from and how much did it cost?

Thanks a lot in advance.

I added it to the Smart Alarm smart app under Alarm Options>Sirens and then tested it. As soon as I set off a motion detection, the alarm (siren and strobe) came on. Once I ran the “I’m Back” routine it turned it back off. I also built a rule so that when my Homeboy cameras sense movement and start recording, the siren comes on. This works fine too.

I’ve not attached the back plate to the siren yet, so can’t test the tamper feature.

Finally, no matter what I select in Smart Alarm between “Siren/Strobe/Both” it seems to make no difference and they both come on when triggered. As Stephen alluded to, it’s not 100% functional on the features, but certainly works well enough for my requirements. If someone is able to code the other options of strobe and/or siren and get the battery status, great, but not a big issue if not. I’ll take a look at this, but I’m no coder either.

I just ordered the siren form amazon.de and the price is rather good right now.

I will test as soon as i have it.

I hope it will work out good for me.

I have received the Popp siren and played a bit with it. I am located in Greece and have the UK ver. 2.0 hub.
It was detected as a Z-wave siren and i then changed the device type to Aeon siren, because with the original device type it was not working.

I can manually start and stop the Siren, as well as use it in rules. The siren and strobe go off together and i cannot select which one to initiate.

I attached the metallic plate and then removed it and the siren went off as well. This is the anti-tampering mechanism of the siren itself. If you pay attention you can see a small magnet attached on the inside of the plate which i presume is used for detecting the tampering attempt.

The siren is VERY loud when tried indoors and i would recommend some caution when you play with it.

The build quality is rather good but then it should be considering the price.

All in all it is a good piece of hardware which would become great if someone knowledgeable could create a custom device handler so that to utilize it to the max. As it is though, it is adequately usable. The solar panel and wire free installation is a huge plus if you ask me, btw.

Does anyone know if it has a security LED that displays when it is armed or when the unit is powered up?

No. Haven’t seen anything.

I have this External Siren.

It doesnt have a security led that is active when armed.
The led/strobe is only active when the siren is triggered.

I bought a led light that has 2 led’s that light up every second alternating that has it’s own battery that supposedly lasts years. I have put this inside the sirens casing fixing one led at one end if the red plastic and one at the other end. 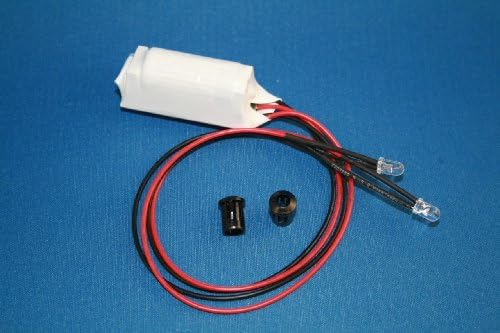 The LED's flash at a rate of about 1 second. These fantastic little units are digital microprocessor controlled, with a 3v LITHIUM battery, which will last for over 10 years. The power consumption is ...

This means that I get an alternating light flash at each end of the red plastic strip indicating the box is live, this happens all the time however you cant see it in daylight but at night you can see it very clearly.

It has been running for six months with no problem.

Nice one, thanks for the link

I recently bought Smart Things as an alarm system/home automation for my new home.

I have spent a lot of time reading about external sirens for the UK hub and seeing that there are very few options and the ones that are available are very expensive £80-220 and I thought I’d share my solution.

I purchased a Honeywell AG6 with strobe and siren which cost me £18.47 inc VAT from https://www.alertelectrical.com/intellisense-ag6-activeguard-bellbox.html?qs=Honeywell%20Ag6

I found a 12v DC adapter laying around from an old router I had and cut the end off and wired this to the 12v+ and 12v- outlet on the siren. I then wired the 12v- to the switched negative for the strobe. I left the jumper in test mode and when the power is switched on the siren and strobe are activated. When the power is turned off it stops.

I then connected a Z Wave plug socket and set it up as a switch within Smart Things. I then used Smart Alarm to trigger the switch when an intruder is detected.

I have seen a similar kit for sale online costing about £90 so this way could save you some money.

This is a good enough solution for my purpose but be aware that this will only work if the power is working.

Hi, I received my Popp Solar Siren from Amazon UK recently but I’m having issues making it work. Here’s what I’ve done:

Turn siren on
Remove metal mounting plate
Click the Z-wave button on the siren
Within app, go to add > Siren > Aeon Labs Siren (UK) > Connect Now
App finds the siren and names it Z-Wave Siren.
Siren is added to my Things as ‘Off’, with the battery showing 100%.

Now I find the problem - I am unable to turn the device on/off to test the alarm. Also I cannot get the siren to sound when I trigger the motion sensors linked to Smart Home Monitor.

I’ve tried letting the app find the device without selecting the Aeon Siren first, which it does but I get the same lack of functionality. I’ve also tried the FortrezZ Siren Strobe device type to no avail.

What am I doing wrong?! Is anyone close to creating a tailor-made device type for this?

I really need this working - I was burgled while on holiday recently, the Samsung SmartCams caught them in the act but they were already in the house - if I can get the Popp Siren working, perhaps they won’t even try next time!

Thanks in advance, hope someone can help!!

Have you changed the device type to the Aeon Siren yet?

How have you been getting on with the Popp Siren, I am finding a lack of events being reported from ST, and sometimes I hear a slight buzz coming from the siren with the light slightly on.

I am a bit worried re. reliability, I cannot see there is updated firmware, or that anyone has come up with a better device type than the “Aeon Siren”, I will try and test is next weekend, but at the moment, if I had to bet any money, its probably not working.

10 months in and no problems with the Siren. It triggers on a SHM alert and the lights/siren have been working,
Would love to see a better device type with options to select strobe and/or sound and maybe change the volume.

cks it up as Z-Wave Siren initially. When I click into the device in the application it shows battery level and has an “off” status. From here I couldn’t seem to activate “on” to turn on the alarm. If I trigger the siren with the manual switch on the device, ST then shows that the alarm is go

Hi Andrew, Sorry simple question, but how did you manager to change the device to Aeon Siren, I can’t find where to do that anywhere.

Sign in, select devices from the menu,
find your siren,
click edit,
on this page change the Type from the menu to Aeon Siren,
Save your changes,
Restart the phone app and you should be good!

Thank you, worked a treat. Really appreciate your response and how fast, thank you again.

How would I ever of found that - is there some documentation that I can read, very little came through with the device - I would never have guessed that there was an AWS set of servers to log onto for further configuration.