I appreciate the help in helping me decide

As long as you’re happy with zwave, the zooz are a very popular choice, have excellent engineering, and the company is committed to trying to keep up with smartthings platform changes, including custom edge drivers to expose advanced features.

If you write to them, you may be able to get a small quantity discount as well.

I agree with your initial feeling: Wi-Fi probably isn’t a good choice for that many dimmers. Z wave, Zigbee, or even thread, would likely be a better protocol choice. (You’d also be pushing it with Lutron Caseta, since it only supports a total of 75 devices per SmartBridge.)

So strictly from a protocol standpoint, I think Z wave is a good match, although the smartthings implementation of Z wave has some significant gaps compared to the competition.

I am particularly concerned because multiple community members have reported that ST support told them they shouldn’t be running more than 30 or 35 total Z wave devices on a single smartthings/Aeotec hub. The spec itself theoretically tops out at 232 but most certified zwave hubs can handle 150 pretty easily. But there are some “LITE” hubs that only handle 30. I just don’t know why, if that’s true, the smartthings hubs aren’t labeled as lite so that consumers know what they’re getting.

I have 30+ GE Enbrighten/Jasco Zwave dimmers, outlets, and motion dimmers. I’ve had good luck with them using the old DTH driver and now the new Edge Drivers from @philh30. His Edge drivers expose all of the capabilities of the devices I use including association groups (for device behavior sync’ing).

Downside is they aren’t cheap.

This is an Edge driver for GE/Jasco Z-Wave motion switches and dimmers, including models 24770, 26931, 26932 and 26933. This driver provides all of the functionality that is included in my main driver for GE/Jasco/Honeywell z-wave switches, while also adding several configuration parameters to the detail view and exposing them to automations: [Screenshot_20211230-224649] The list of fingerprints currently included can be found here. If you have a model that’s not included, let me know and I’ll look into adding it. Please note that, as of December 2021, Edge is in beta and therefore this driver should also be treated as such. To install: Use the following link to enroll in the channel and install the driver on your hub: Channel Invitation If your device is already using an Edge driv…

I also put the GE dimmers throughout my new build.
I had to add flicker resistors because apparently you should match the dimmer with compatible low power pot lights, and I get flicker. I emailed their support who sent me the list

FWIW, with my new build I put Zigbee switches and Z-Wave power sockets throughout so that I get a very very solid mesh network for both protocols.

FWIW, with my new build I put Zigbee switches and Z-Wave power sockets throughout so that I get a very very solid mesh network for both protocols.

The only downside to using two different protocols for the switches and plugs is that you can’t use builtin Zwave association groups to have a plug mimic a switch’s behavior or vice versa. You would have to use a routine or the Smart Lighting app in SmartThings to accomplish it. Might not be an issue, but just an observation.

I have installed a number of Aeotec Nano Dimmers and Nano Switches (single and dual) and they have all worked flawlessly. They are Z-Wave devices.

Yah, honestly never thought about mimicking so it’s a non issue for me. I’d just use an ST automation.

I think if I was starting a new construction project from scratch I’d be looking at building it from the ground up in terms or cabling. 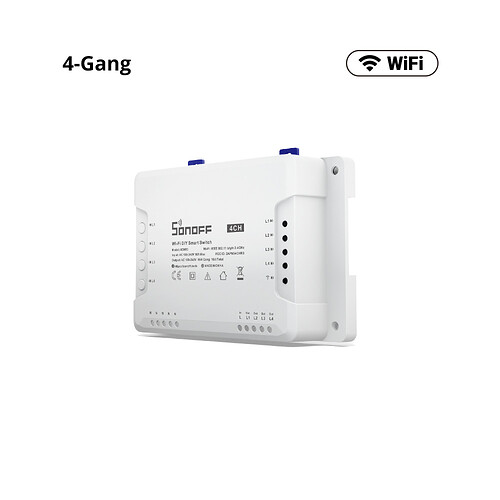 Things like the above but that won’t handle dimming I believe.

My point being in the UK the existing cabling is very limiting in terms of neutrals at switches etc.

Things are very different in the US. Current code for new construction in most places now requires a neutral at the switch, for example.

Thank you for all the suggestions everyone
So there’s no chance Tuya glass dimmers can be integrated with ST? What about matter in the future? Tuya announced support a while back.

Thank you for all the suggestions everyone
So there’s no chance Tuya glass dimmers can be integrated with ST? What about matter in the future? Tuya announced support a while back.

I would stay away from Tuya for now for multiple reasons, including lack of safety certifications. (That’s why, for example, they aren’t sold at Home Depot.) But mostly they are really only designed to work with their own hubs in physically small installations. They use a lot of custom code which introduces multiple compatibility issues.

It’s also really important to understand that Matter is brand new and just getting started. Tuya has said they will eventually have a hub that works with Matter. But not that all their devices will. And not that they will update any existing hub models. The way it will eventually (probably second quarter 2023) work is that you will buy the correct Tuya hub, Connect all your Tuya devices to it, then add the Tuya hub to your SmartThings app and it will bring many (but not all) of its devices along with it through the Matter integration. That’s excellent news. But it does not mean that Tuya devices you buy right now will necessarily suddenly get new integrations.

(There may eventually be Tuya WuFi devices that can be added without a hub but that brings us back to the WiFi discussion. Plus again, no promises have been made that devices you buy today will be upgradable to work with Matter.)

Anyway, Tuya is not a match to the lighting project you’ve described. Just one engineer’s humble opinion, of course.

If you’d like to read more details about Matter, see the following thread:

If you want your lighting to just work, highly recommend Lutron RA2, RA2 Select, or RA3.

You can install/program RA2 Select yourself just by taking the free training courses online.

When I did a home renovation about 3 years ago I installed Leviton z-wave dimmers for most locations, as I wanted to keep the switches simple for guests who may not be familiar with a different looking smart switch. In some locations I installed Innovelli red dimmers to take advantage of some more smart features than what the Leviton switches can do. I am happy with all of the switches but I am a bit wary of z-wave with regards to future updates. For example, I have a number of plugs and things that I can control with Siri. As of now there is only 1 z-wave bridge to HomeKit but it is super expensive. I would love for my z-wave switches to be able to integrate with more smart platforms but that doesn’t seem to be a priority in the current market.

I installed Leviton z-wave dimmers for most locations, as I wanted to keep the switches simple for guests who may not be familiar with a different looking smart switch.

FWIW, Lutron now has the new “diva for Caseta“ line, which look just like a regular rocker switch: 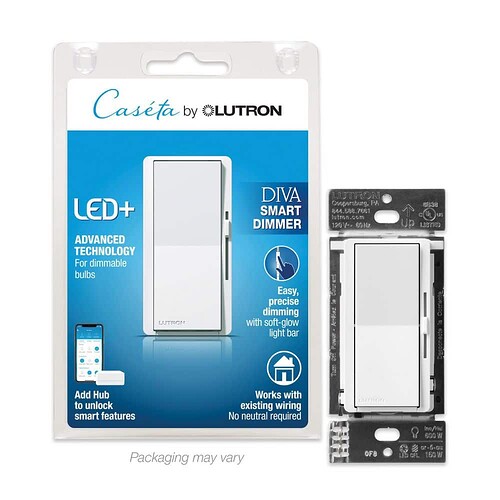 Those look really nice, I appreciate the the heads up.

I would love for my z-wave switches to be able to integrate with more smart platforms but that doesn’t seem to be a priority in the current market.

I think it’s not so much that it isn’t a priority as that the priority for most companies now is the new matter standard, and that works with protocols that use IP addressing. Those include Wi-Fi, zigbee, thread, and Bluetooth. There is one version of zwave that supports IP addressing, but none of the currently available hubs use it. So it is technically much more difficult to bridge Z wave to matter than those other protocols.

SI labs, which makes the Z wave chips, is working on a method they call Unify. But while it makes for a really pretty schematic drawings, it’s not a practical reality yet. the only zwave hub manufacturer that I have heard even mention matter is the new Zooz Z box, but even there they just say that they would like to someday, not that they have any current initiatives to do so.

I very much like the Leviton form factor for dimmers for usability. But they do run to the expensive side.

For those that don’t know them, they have a smaller rocker next to the main one to adjust the dim level. And there’s a row of 5 or 6 LEDs that give a visual dimming indication. In a 3-way, the aux dimmer looks and works exactly like the main with the dual rockers and row of LEDs.

Note that they now sell these in ZigBee same Wi-Fi in addition to Z-wave. I believe they all support a full 15amp load.

If this is really new construction… from a fully tech overview I would also build out a wifi network that can handle many wifi based iot devices. A good mesh system that can control 100’s of wifi connections can be accommodated within $500-$1000.

As well with the matter over wifi standard being one of the very near future. I feel wifi will be the real deal for local control of all IOT devices.

I can personally attest to the responsiveness of Meross switches and lightbulbs over wifi within HomeKit… which is what I believe the Matter standard is created from.

Include a great WiFi network into your build and your possibilities for less expensive but completely local and reliable tech will be expanded for now and in the future.