On the Orvibo plug: @adamv has an integration method for them, but it requires a raspberry pi and a .node server. So if you’re technical, it should be of interest, but it’s more work than the sensors.

We have theses Orvibo Sockets at work to turn on and off the heaters, They are only £20 and so wanted to give it a go getting these working with my system. http://www.amazon.co.uk/gp/product/B00PQ0KNBA I currently use a node server on a Raspberry PI to control my LightwavRF sockets via SmartThings and so realised it would be simple to change this script to control these plugs (Due to SmartThings not currently having UDP support). Here is a link to the code repository, and here is a link to a youtube video explaining how to do it, Cheers, Adam

Had a quick look at the code in the node library used by this and it uses UDP so can’t be used with a direct integration as it stands. So this is probably still the best approach for now.

Just saw that Orvibo have an RGB controller now too: 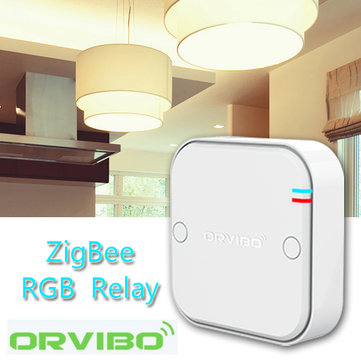 I’ve ordered one to test

Has anyone got a link to the orvibo door/window sensors in the eu bangood site? I couldn;t find it in there?

I don’t think they are stocked in the EU warehouse - you have to get them sent from China.

Takes just under a month.

Not in any major hurry, they’ll come when they come

from the normal site?

The more I look at the sensors that are available the more I realise the smartthings versions are at a complete premium to every other smarthome option. Its really frustrating!!!

@Kriskit if you get that motion sensor working I’d love to know what you did as I haven’t been able to.

@Kriskit the motion sensor works… but it shows permanently triggered. If you look through the live logging it works perfectly - detecting motion and then dropping. I am no coder - I am a copy n paster - so I doubt it will be difficult to get it to work properly.

Ah ok, that’s promising then. I’m sure I can sort something out

There is discussion of device handlers for the motion sensor in the other thread. I thought Eric had posted code that would get them to report, but perhaps it didn’t work. Anyway, both Eric and Mitch are zigbee masters and should be able to get it working if you discuss it with them in the other thread:

Hi there. Has anyone tried the Orvibo motion and magnetic door sensors? I have two that have just arrived to test. Any suggestions on what to do as I doubt they will be recognised? Many thanks in advance!

I think the fix is pretty simple and clear in that thread. You just modify the device handler to reset to inactive after 30 seconds whenever it fires.
Mind you I haven’t tried it also!

I get my orvibo door/window sensors connected and appears as “thing” and then i change to “Door / Window Sensor (SG)” but no respons only showing open sensor.
Any tips?

Change it to open/close sensor.

@PailOckenden Thanks also. Wasn’t sure myself what type to set. Mine only took about 10 days to come from banggood.

@Kriskit looking forward to seeing how you get on with the motion sensors.

I’m no coder either but I think i’ve got the motion sensor working using Eric’s advice on the other thread. I just used the Motion Detector Device Handler template and added those lines Eric stated, hopefully the below will get it working for you:

Many thanks @teenteenadundun. My hub is in Spain but I will be back there in a fortnight and will take the motion sensor with me to try!