Can't set temperature and power consumption does not work

New day new errors after the the last app update to android.

Since 13.06.2022 can I not increase/decrease temperature on my z-wave thermostats. The tile which normally has the “set cooling temperature” is gone from the app.

Since the same date does also all z-wave devices with power meters not show the energy consumption. The app only shows “out of range”. When I go to the history tab or groovy do I see that the consumption in deed is reported. It is just the app that do not show.

Any ideas what has happened?

I have also tried to check these settings from a brand new Samsung A53 5G, a

What is happening? There has been a lot of issues after the last app update.

My Thermostats are fine.

I have a have the same problem with Voltage bring out of range on my Z-wave smart plugs, but if I look in history the voltages are being recorded, so it appears to be a display problem.

Hi, @Paul_Oliver, @Roddy_Duus
Are you using a custom driver (This means a driver that was developed by a Community member) or a driver from ST?

Yes, I am using a custom DTH (Zooz Power Switch). These are 2 of my last 4 devices using DTH.

both DTHs DHs and Edge drivers. My floor thermostats use a DH from rboy apps. I have 3 fibaro wall plugs. 2 of them (the newest) uses smartthings edge driver “Z-wave metering switch”, the 3rd uses standard “Z-Wave metering switch” DTH, my heatit relay 16A uses a standard “z-wave metering switch” DTH. All zigbee devices works fine. This has just happened to z-wave devices. The only Z-Wave device which shows the power consumption is an 1th generation Fibaro Wall plug which uses “Z-Wave metering switch” DTH. All other Z-wave devices with power measure capability shows “out of range”. I have two Cielo Eco thermostats, they do still show “Cooling temperature” and lets me change the temperature (They are cloud connected). Just talked to a guy through the “smartthings norge” forum on facebook, and he also has the same problem.

@nayelyz the power consumption reports fine in the logs and in groovy. But in the app does the readings only say “out of range” See attached screenshots 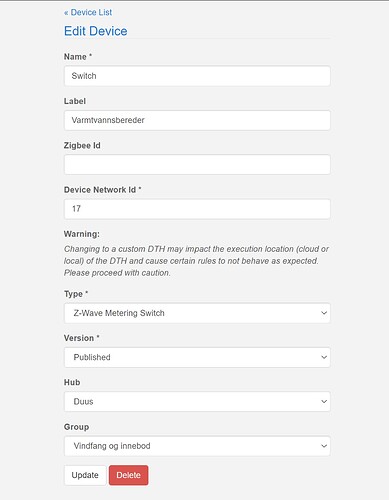 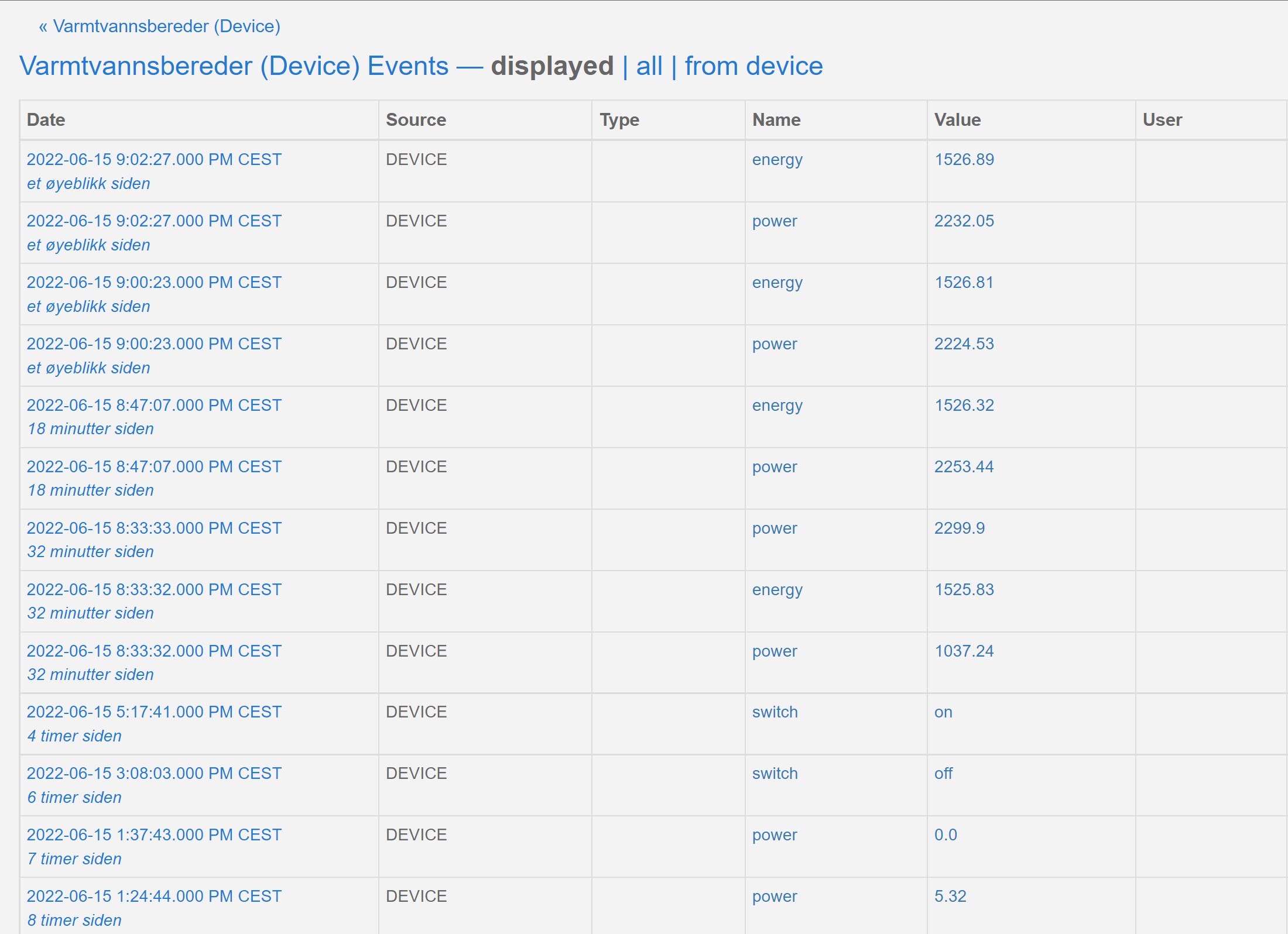 Hi. I just tried the latest update from today, but still same error. Did then uninstall smartthings and installed version 1.70.84.21 and now does everything work again. I have unchecked “auto-update” now until I know there is a working new version

Thanks for getting back @nayelyz . Do you know if we will get notified when this error has been sorted out? I don’t want to update the app before I know it is going to work again

@S.F.B As a temporary solution did I revert back to the april version 1.70.84.21. That solved my issues with power consumption and the temperature setting

Do you know if we will get notified when this error has been sorted out?

I’m not sure, I’ll ask the team. I don’t know if in this case, there’s an “official” notification when all the reported issues are solved.
But, if they tell me, I’ll mention it to you for sure.

@nayelyz
Please correct me if I’m wrong, but I think voltage “out of the range” issue has been solved.

Could you please elaborate, what was the root cause for this issue?
I didn’t update the app, nor I have changed a driver, but it is working now.
Thanks

I didn’t update the app, nor I have changed a driver, but it is working now.

The issue was in the plugin of the app, the one that manages how all the views appear. The team didn’t share the specific details but the update for that is not bound to an app version, that’s why it isn’t perceived directly.

@nayelyz
Thanks for sharing.

So, do I understand correctly that this plugin is responsible for rendering custom UI elements?
If so, is there any way for community members to develop another plugin?
Thanks

, do I understand correctly that this plugin is responsible for rendering custom UI elements

There are two sections that work together, the metadata and the plugin. The metadata holds the configuration and the plugin is the “interpreter” that displays the elements.
This is controlled internally so, it is not possible for external developers to get and/or overwrite that configuration.

If so, is there any way for community members to develop another plugin?

Once upon a time, if you were creating devices via the Developer Workspace you could not only edit the UI Manifest (a precursor of the device presentation) but you could define a custom plugin for your device. At that time the Developer Workspace was a particularly hostile environment for community developers. Since then custom capabilities and device configs have come along and been retrofitted and I’d imagine the plugins probably got shifted to the back burner.

I have 6 Stelpro thermostats and have run into the same problem. As with @Roddy_Duus reverting back to 1.7.84.21 got around the problem.

Any new info on when a proper fix may be available? If there is any value in it, I can report this issue directly to Samsung.

have 6 Stelpro thermostats and have run into the same problem.

Hi! Do you mean the problem of the missing tiles to set the temperature?

I have 13 Stelpros with the exact same issue. No controls at all, just displays temprature.