Check out the thread below. It lead to the creation of this beta thread and thete’s a lot of good info there.

I couldn't wait any longer for Home Depot to release the Hampton Bay Universal Ceiling Fan/Light Premier Remote Control model#99432 that will sell for $49. And the bottom line is I am glad I didn't, the SmartThing community finally has a working solution for a single combo device that easily fits under the fan cowl for both 4-speed fan control and light dimming control! Kudos to @ranga for his work on the custom device handler to make it possible for SmartThing users. Ordering Instead I ended up ordering the repair parts for $72 including shipping for the Home Decorators Collection Gardinier 52" LED Brushed Nickel Ceiling Fan that has a very similar controller that is also Wink enabled which @Ranga has an alpha version of the necessary custom device handler written and available for dow…

I did look at that thread, but it only mentions Hunter fans twice, and the user seems like he may have fried his fan motor (never confirmed either way in the thread what happened as far as I can tell. So not really sure how likely this is to work, and returning if it doesn’t seems unlikely if I have to order from KOF w/out restocking and shipping charges at least.

Correct on the purchase of the module to replace the one currently in your fan.

I am just stating that the fan and lights need to be 120VAC in case your fan is out of the ordinary.

Can anyone confirm if this system will work on a Hunter fan? I have one that’s about 10 years old, no chains or direction toggles on the fan

As stated, good chance there is a remote module in the canopy.

@stephack thank you for the very detailed instructions. I’ll give this a try. I may actually replace the other 3 fans on the patio with additional MR101Z’s to make the control a bit more consistent. In the mean time, I was able to get this to work using a routine, although the fans connected to the GE switches are 3-speed.

In case you are wondering, the reason I replaced the GE Fan and Light switch is because the two fans in question were wired to one switch. I found these two fans would run slower than the other fans on the patio, likely due to the resistance.

So I goofed up and now have phantom child objects that can’t be seen in the IDE nor the ST application. I can see them in WebCoRe though which is really weird. Suggestions?

If you delete the parent Fan Controller device in the ST app or IDE, it should also delete the child components.

In IDE click on Devices and look for multiple devices that are type “KOF Zigbee Fan Controller”. Click on the “Phantom Fan” device and scroll down towards the bottom. You should see a Child Device section that lists all the component fan speeds. You can select each one at time and delete. Then delete the parent Fan Controller device.

Some progress, I finally tracked down my Hunter fan’s wiring diagram (why the heck would I put it on the very back of lowest shelf under my worktable in the garage?!).

Just wanted to confirm that this looks like it will work w/the replacement receiver.

I would say no. It looks like the receiver contains the speed controller, reverse direction and the startup capacitor in it with the grey, pink, yellow and black/white tracer wires. The Hampton Bay module does not contain any of that.

Red in: Line
White in: Neutral
Black out: Fan
White out: Neutral
Blue out: Light

And then there is an antenna.

I would call up King of Fans and ask them for advice.

From a google search. Black/white is light, pink yellow is motor, grey needs a start capacitor. But can’t say 100%

Found this that looks pretty close for wiring, of course you are using the receiver instead of the speed control he is: Youtube link

I would say no

I would agree with Kirk. Other than wiring, you are also going to be challenged getting it to fit. Your existing one is round and the HB one is rectangular. The ceiling bracket would need to be replaced for it to fit and I have concerns about your fan being able to hook up to the new bracket. Here is a bracket that allows the HB canopy module to slide in as an example: 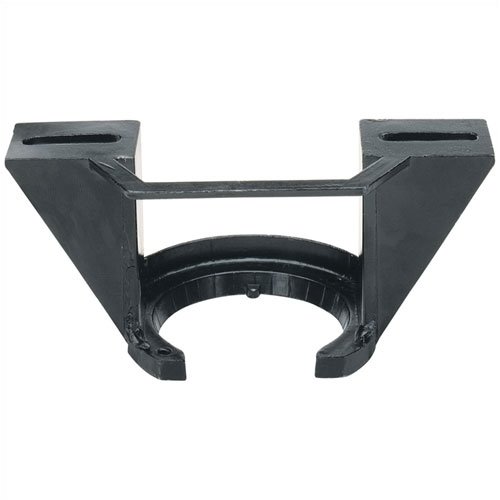 Thanks very much for the info/advice. I’ll get in touch w/them and see what they say…

Thought I’d share my little project I completed. I bought the Remotec ZRC-90US to control this and used the label printer at work to make button labels, which I clear coated. Also did some programming with core to allow the power button to save the state if the light or fan is on and restore the state, and programmed the timmer button to toggle between 2 hour, 4 hour and off. Can provide more details or the images if anyone would like them. most were copied directly from the app.

I don’t know if there’s an issue with the KOF Device Handler or the integration with SmartThings but I could never get all 5 of the fans on our patio consistently working.

Get 3 setup and working then get the 4th setup and then suddenly fan three would no longer work. So I’d have to remove the device, reset the MR101Z and set it back up. This kind of back and forth happened over an over until eventually, all 5 fans were working and connected to Alexa so all 5 could be controlled together. The one fan would stop responding, I’d have to go through the process of remove, reset, reconnect. Then another fan would stop responding and so on. I even moved the Smartthings hub into the same room with the fans but that made no difference.

Finally, I decided to pull out my Wink 2 Hub and see if the same issues were happening. I thought, if that works I’ll just keep it because all I care about is controlling the fans and fan lights from Alexa (more on that). All 5 fans have been connected to the Wink 2 hub for 2 days and there haven’t been any issues.

Thoughts on what could be causing the inconsistency with SmartThings?

Oh, and my idea of controlling the fans with Alexa via Wink. No go as Alexa only sees the fan lights and not the fans.

Any ideas you guys have would be much appreciated.

By the way, the only reason I went down this path was that two of the five fans were on the same switch and the load was too much for the GE Fan Controller.

It’s been said a million times but the first thing to try when having connectivity issues with these controllers is to install a zigbee repeater close by. Skim through this thread and the one below. This had helped a LOT of people.

I tried doing this to a couple fans I had in y house that had the same modules your hunter has. I ended up having to buy new fans. You may have a better understanding of wiring than I do, but I tried a few different things and never could get it to work. One of the fans didn’t work at all after my attempt, even putting everything back to normal. (Blew the motor, maybe? I don’t know)
My suggestion would be to give it a shot, but be prepared to run to the store and buy a new fan that day.

So I’ve tried just about any and all sequences with cycling power at the circuit breaker to get the fan controller to reset and not once could I get the light to flash 5 times to confirm.

At this point I still do not see the controller on ST. I’m thinking of using my laptop with Internet Connection Sharing turned on with my ST crossover connected to my laptop while staying in my bedroom to see if it finds it or not.

Resetting can be tricky and can be a pain. I did not need to reset mine as it had never been paired and ST just found it after a little bit.

First how far from the hub are you? The close the better when pairing.

Finally… I got it; however, I’m not sure exactly the sequence on how I did it lol.

I tried to get my ST hub working off one of my laptops using ICS (Internet Connection Sharing). For whatever reason I think I had a DNS issue (which is odd) and after 30 minutes of troubleshooting I said screw it and found my 50’ Cat5e patch. I ran that from my office downstairs (where I usually have my ST hub) and I made it JUST inside our master bedroom - perfect. Made sure ST was working and then tried to discover the fan. Everything I tried, turning on/off the light, turning on/off the fan, adjusting the fan’s speed, breeze setting, timer setting, etc. it would not get discovered. Determined, I was cycling through on/off with the light and speed settings on the fan when all of a sudden the light starts to blink on its own - 5 times to be exact. You have got to be kidding me… @#&%$(@&!%&#@ LOL. Anyways, moments later, the receiver was discovered and it’s now linked to my hub. Everything works. Yay!

Like most have said here, I need to add an outlet within the room to get status updates quicker. Operational commands are working with my ST hub back into my office (downstairs) but status updates are not very quick.

Thanks again for all of the help and the creation of this! I plan on doing this once we buy a ceiling fan for my daughter’s room.