After I leave it unplugged for 30mins with the batteries out, how long does it take to rebuild the zigbee network? I did the 30min disconnect but when I’ve powered it back on all of my zigbee devices are still unavailable and unresponsive.

it can take hours you’ll have to be patient.

Excellent, I will continue waiting and hope I don’t have to rebuild this entire setup. Thank you for the tips and I’ll report back of this works.

Ok, 12hrs later and not a single one of my zigbee devices had rejoined, so I bit the bullet and started re-adding. The process I used, however, at least saved me from deleting and re-adding (which would have required me to reconstruct all of my rules, which is really what I wanted to avoid).

I went into the app, clicked add device (+ symbol) then manual add, then chose switch/dimmer and my GE dimmer.

I then pulled the air gap switch on my switch, held the up (on) position of the wall switch, pushed the air gap back in, and released the toggle switch in less than 4 seconds.

I was able to do multiple (15) switches all in the same device search.

The app didn’t show that it was finding anything, but all of the devices then started showing up as working in smartthings (no longer showing as unavailable).

Again, the add device didn’t look like it was doing anything or finding anything new, but it was re-enabling all of these previously non-functioning devices.

I followed the same procedure for all of my 27 zigbee devices and everything is now back working.

Based on another thread, I also left adding my ecosmart (turbo budget) zigbee bulbs until last (thinking that other devices would have chosen routes which don’t rely on those potentially flaky repeater nodes)

In the end, my zigbee devices are all back online and I didn’t have to recreate all of my device naming structure and rules in smartthings, Alexa, or Google home, so I am happy.

27 days later I am unfortunately back where I started, with every single one of my zigbee devices (unhumorously, about 27 of them) reporting as unavailable. The only positive is that I now know how to fix this (my prior post), the negative is that I don’t know what is causing this to happen.

Have you checked for zigbee and WiFi channel interference?

Agree. Interference could be it. What channel is zigbee on ? Check in your smartthings settiig and what is your wifi ?

I have noticed something weird that I feel I should mention to this group in hopes that it will help someone. I have certainly benefitted from this forum over the years so Im happy to share my experience on this topic.

I have about 25 Zigbee devices, mostly ST sensors but also a few Cree Connected bulbs. Every one of them was unresponsive today, and I went through all of the steps recommended in this and other threads with no success.

Then I remembered a similar problem I had over a year ago, where turning off my computer magically fixed the problem.

I think there is some strange interference going on when I put my laptop to sleep instead of powering down. It’s fine when it’s powered on and running, or off, but if I put it to sleep it kills Zigbee.

As soon as I powered down the laptop today, all Zigbee devices almost immediately became responsive.

I cannot explain how or why, but if you experience a Zigbee outage, give it a try, just turn off your computer.

V2 Hub
Comcast X-Fi Gateway Internet
Dell XPS13 Laptop running Windows 10 Home
Sabrent 4-port USB 3.0 Hub
Plugable USB 3.0 Hub (dual display and gigabit ethernet dock)
All devices are plugged into a common power source and are within a few feet of each other.
I never have any communication problems with any smart devices, except when the laptop is asleep.

@clawsnt I have a feeling this was your issue
USB 3.0 extension cord running nearby can render Hub useless

I have had an issue where a new hdmi switch put down all my Zigbee network. The device was the following: 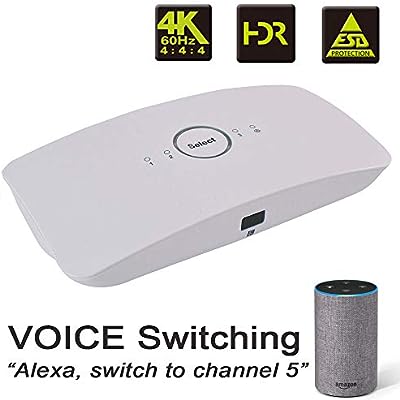