Add a $3K Samsung TV to SmartThings and... you get adds in the mobile app

I’m so frustrated that I thought I should share my thoughts here.

At the beginning of this year I decided to buy a new TV.
Because I “was” a SmartThings believer I bought this $3000 Samsung TV which has the SmartThings app pre-installed.

The dream was to receive notifications in the TV if a leak is detected, control devices from it… you get the picture.

But then reality hits and it is completely different.

It doesn’t display notifications.
Design is not good, If you have a lot of things it gets hard to navigate.
When you turn a light on it takes forever to refresh the status and some times it won’t refresh at all.

Most of the time the TV app is unable to connect to SmartThings and the only way to fix it is by rebooting the TV.

At this point everyone knows about the many issues of the mobile app but I would never expect this:
The TV widget is basically advertisement taking half of the screen.

First of all if it is only a shortcut to the actual remote it doesn’t have to be almost half screen.
Second, it should never be an advertisement.
See it for yourself: 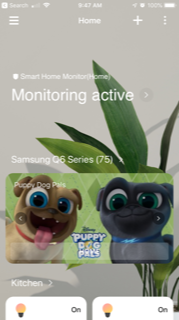 As most of you know the app doesn’t remember the order of the things in the home screen - up to today - but… it always remembers where to put the advertisements which is at the very top.

When I click on the advertisement widget I get this: 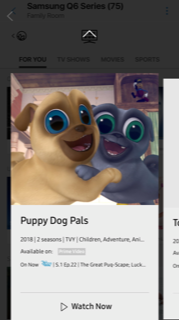 When I close it I get this: 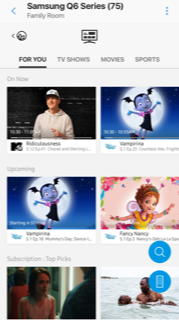 and finally when I close the above screen is when I get to the TV remote.

It is becoming clear to me that Samsung (and its folks) are going in a complete opposite direction that I would expect.
It is not about the money, time or resources. They have it all. The same time (and money) spent on “this”, could have been spent building something a lot better or… at least different.

Thanks for sharing. Thought Qled was a good idea. Maybe Sony is the better… when’s time to renew the TV. They kill the dream.

I am not shocked by your experience. I spent the money with the hopes of the same thing on the smart screen refrigerator. It is the exact same way. It doesn’t work almost all of the time. Notifications are here and there, mostly never there.

To fix it, you have to sign out of the SmartThings app which in turn resets everything on the fridge. So you loose everything. And once it is reset, it works for a day or so then no more. The smart range at least works more often than not. With every update of the new app though, it goes away for a while.

Can you use a be pi-hole to block the ads?

Thanks, it is good to know. The refrigerator was the second on on my list. The plan was to replace all my appliance with Samsung smart ones but… as @Zmarc suggested, when the time comes maybe I should look at different brands and their APIs, how open they are and how they integrate with different ecosystems and platforms.

Not sure if the pi-hole would work, it is possible these “ads” are being delivered as app content and not advertisement. But I may give it a try just out of curiosity.