I got my Samsung TV detected in Smarthings after the last update.

How I make it work?

Installed Samsung Connect that detected my TV and went through the process of adding it to Connect.

After that I installed the smartApp Samsung Connect on Smartthings

Went through the detection process that detects now the TV. But gives an error when you try to save. However it does install the smartapp with the TV saved when you go back.

After that for some reason the device disappear from Samsung Connect

Rediscovered the TV and add it again in Samsung connect.

Went to IDE and found that the new device is now detected by smarthings but is created on a generic location ( I suspect by default is created on the US Shard, as I’m on EU1).

Anybody knows how to move/copy the device from one location to another?

Secondly if A does not possible does anyone knows how to control devices from different locations in webcore in same piston? 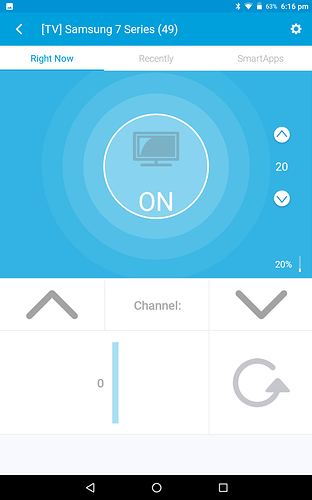 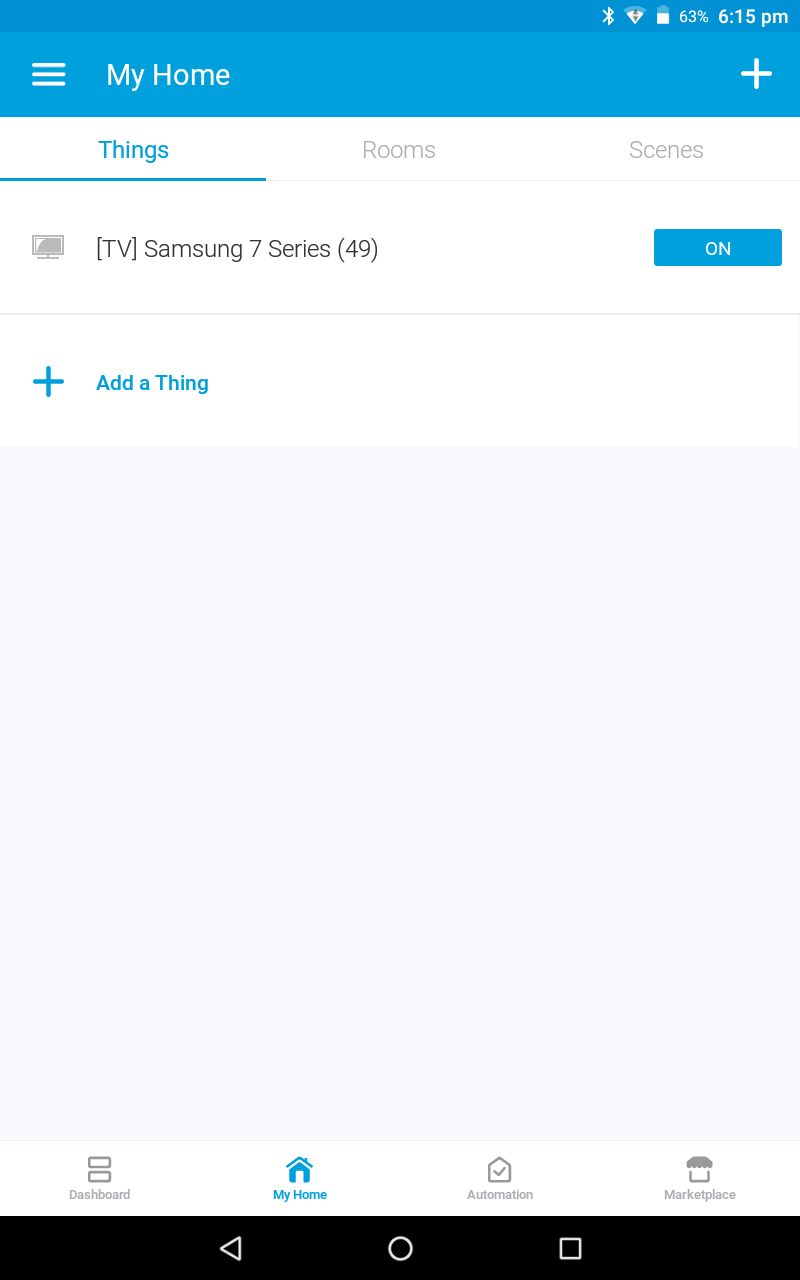 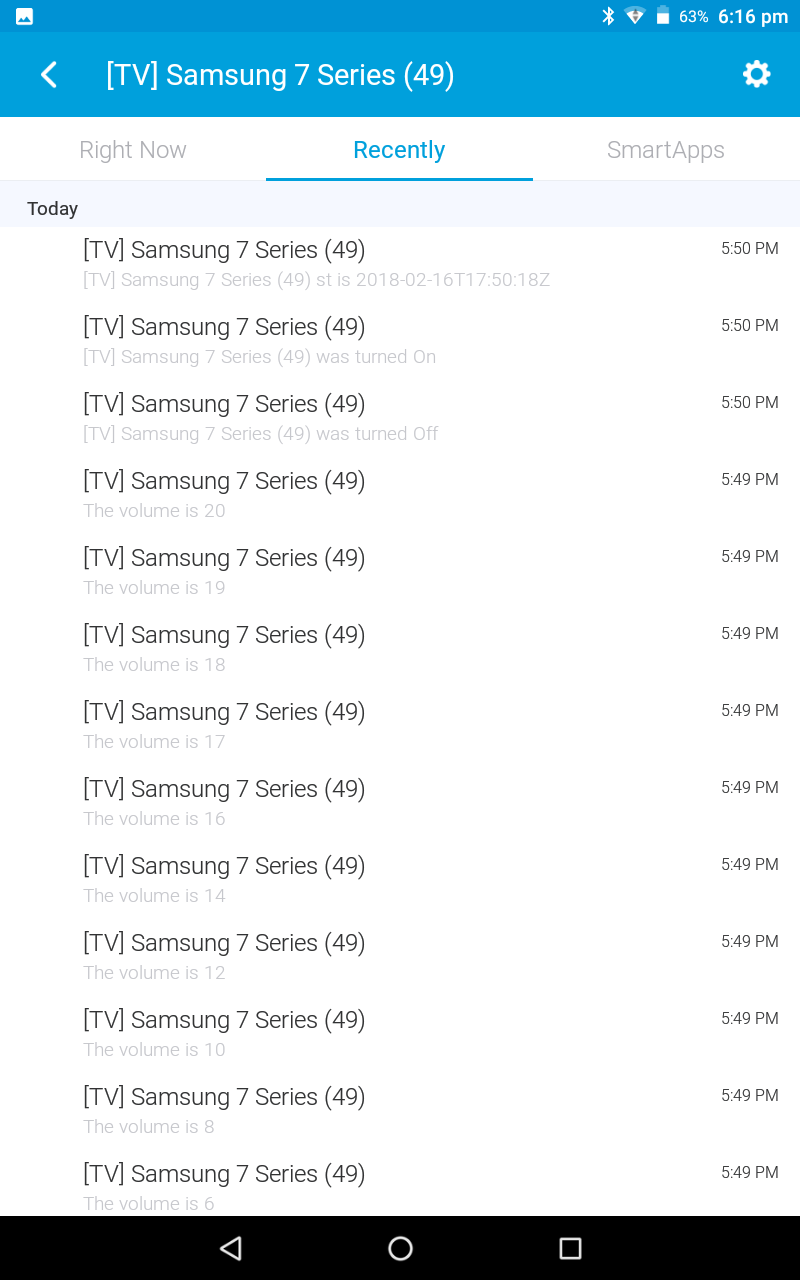 Well I sorted the wrong location bug.
Samsung connect has a function that allow this.

P. S I discovered that Smarthinga device handler can’t can’t turn the TV on. All other controls work.
You can do everything, including turn the TV on from Samsung Connect. 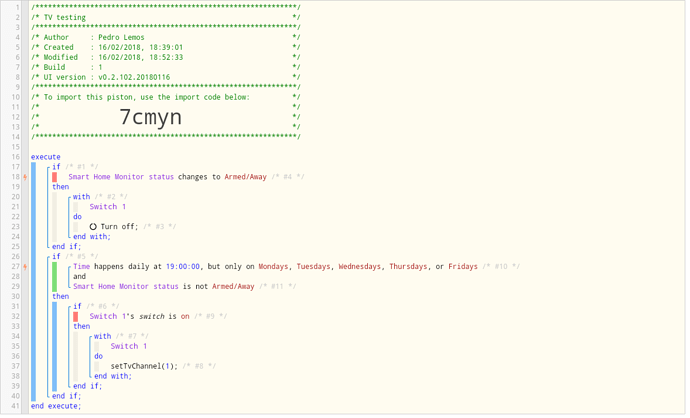 This is the info about the TV from Samsung Connect 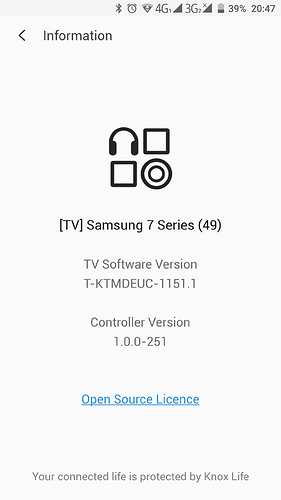 Never remove any HUB from Samsung Connect.
I JUST DeLeted mine and lost my all House SETUP and need now to redo everything from routines add devices and all…

Will try to contact support to see if they can restore!!!

Be very Careful with Samsung Connect

Thanks Somel for the info, it is already known the Samsung Connect app works the Tv`s, Smartthings just takes some of the Connect info and auto populates ST with basic Tv integration, this has been the case now for a few months

The St app for the Tv does work as you say for basic stuff … on/off channel change, volume, however if the TV has been off overnight the St app will not switch it back on

was aware of thid thread.
But until Last update it never worked for me with a 2017 TV.

Additionally there was no detailed process on that thread, I know this is a little crude but at least there is a process here.

It seems to me that Connect works on the new Api system and Smarthings on the world one but that they communicate between themselves, so I hope that we keep an IDe capability with the new system. Let’s wait and see.

I believe that regarding the device handler only doing basic stuff it is just starting a few things isbjust because does not want to spend time coding when they are moving to the new API. It works flawlessly with connect so the code is done.

There might be a workaround by understanding what is sent by connect and recode the handler.but honestly don’t believe is worth the effort without understanding how the new App will work.