What sensors are needed for a door knock?

I see there is a smartapp for a door knocker, but I don’t think the ADT sensors support vibration sensing.

What is the most inconspicuous sensor I can use that can give me this data so I can know when someone knocks?

First, search the forum and read the threads about knock detection. You will find it this is a pretty unreliable activity for most people.

It’s generally done with a vibration sensor, typically an accelerometer, so the SmartThings multisensor is what most people use. 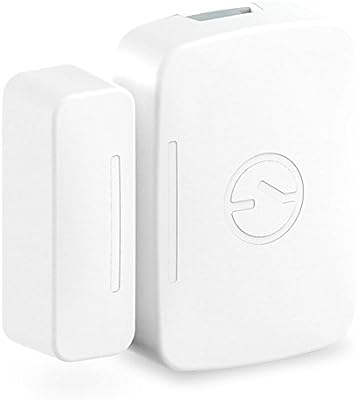 The problem is there are just so many things that can cause vibration. A truck driving by, a dog jumping up on the door, A heavy wind, lots of stuff. And it depends on the material of the door and the way it sits in the frame. And whether you typically leave it unlocked during the day.

So you can certainly try it, but it’s way less reliable typically than, say, just an open/close sensor.

I would say for the last two years most people use a video doorbell for this purpose instead. Its motion sensor will pick up the person approaching the door whether they ring the bell or not.

I forgot to mention you could combine the vibration sensor with a pressure sensor under the doormat and then set up an automation which would then alert you only if both sensors were activated. But then you’re increasing your cost.

First off, I don’t post without searching first. I know I ask a lot of questions that are apparently close, but if I don’t know what strings to search for it’s going to be hard to get the search string dead on right…

I am just noticing folks walking up to the Ring doorbell, but not pushing the button. I was hoping to perhaps get some secondary notification that is is indeed a person, and not again, the neighbors cat triggering the motion sensor on the Ring devices…

The pressure sensor is a good idea, another thought would be to trigger an alert if say a door knock is detected within say 15 seconds of the Ring doorbell motion sensor.

The pressure sensor is a good idea, another thought would be to trigger an alert if say a door knock is detected within say 15 seconds of the Ring doorbell motion sensor.

Yes, that would be a good idea also.

As far as what to search the forum for, just try “knock.” I’m not suggesting you read them for any specific smartapp, but rather that you read them for the feedback on how reliable the process was. Because it didn’t really matter which smart app used or which device was used, there are just a lot of false alerts in knock detection.

Here’s a good one:

There have been a few topics on this in the past, but I’d like to find out what everyone’s current experience is. I have 5 SmartThings Multi sensors, each on a different door in my house. I have all of them configured with the Door Knocker (or whatever it’s called) SmartApp to let me know when someone knocks on a door or tampers with it. Lately I’ve been getting false positives. The front door was issuing 5-6 knock alerts a day. It’s a very solid wooden door, so stray vibrations don’t seem likely, and I was able to witness a few while I was right next to the door, and was able to confirm that there was no wind, thermal expansion, etc. triggering the sensor. I notice that logs show the sensor going active and then inactive, so it seems like a sensor issue instead of a SmartApp issue. Sup…

BTW, ring cameras/doorbells already have “person detection“ algorithms. If that’s not working for you, you should get in touch with their support.

Ring uses two different types of motion detection systems in its doorbell and security camera products. While both are very effective at what they do, they both work on different principles and are...

And of course, at our house we have a very reliable “person at the door“ alert system:

LOL, my person at the door detection system is absolutely unreiable unless there is a treat involved!