Noticed this today on the list of Beta Edge drivers. 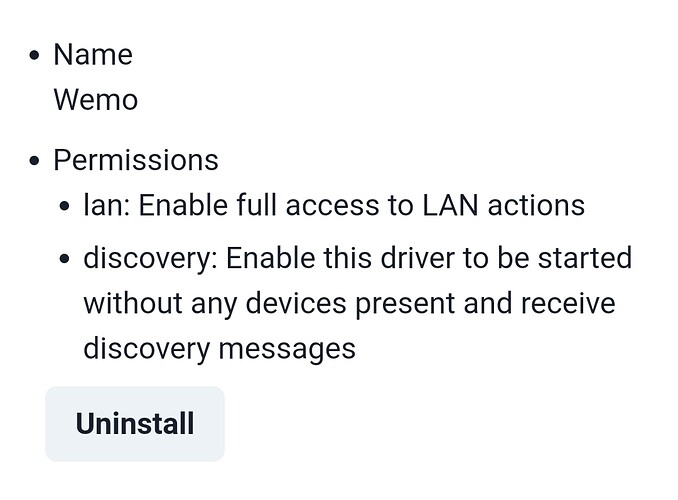 I was able to add a WeMo mini outlet with local ST control. Took a few minutes to find it on the network.

However, if you power cycle the outlet (remove it from the wall), it loses sync with the ST hub (I’m guessing the subscription is lost). If you scan for new devices again, it will add another device, abandoning the old one.

That is not good in case of power loss

Looking closer, it looks like this is actually being supported as a DTH. Its not something I have installed as a custom DTH, so its a system DTH just for Wemo devices. The Edge driver wasn’t actually picked up yet. Confirmed there is no “driver” menu on the device in the app.

When I scan for devices in the SmartThings app, it adds some of my Wemo mini smart plugs twice. One of them is listed in the app & IDE as a device type “LAN Wemo Switch” (DTH), and the other is listed as a device type “placeholder” (edge driver, and driver appears as an option when I tap on the 3 dots menu in the app). As you said, each time I scan for devices another duplicate is added. I uninstalled the edge driver just now, and now I can’t add one of my Wemo minis, but the other 4 are fine.

I did a scan for something else and the Edge driver picked up the same wemo device. The one previously found by DTH, now that one doesn’t work and the new Edge one does.

My guess is they need to disable the DTH. It’s probably an oddball being that its custom but not.

it doesnt work as intended for me, can’t get device statuses.