(UK) Z-Wave/ZigBee mains-powered scene controller that does not cut power to the circuit?

Hello! I’ve been looking for a type of switch, but can’t seem to find it anywhere. Even though I assumed it would be a basic component of smart lighting. But maybe I am missing something?

I’m looking for a light switch that can be wired into my lighting circuit, basically as a straight swap for my existing traditional light switches. I’m in the UK, on 230V, with neutral lines going to every switch (it’s a new house).

The switch should be either Z-Wave or ZigBee, preferably ZigBee as that’s what most of my devices use. I want to use the wireless to trigger other actions (e.g. Hue lights, play music, etc).

I bought this Neo Coolcam Z-wave switch from TomTop thinking it would do exactly that: 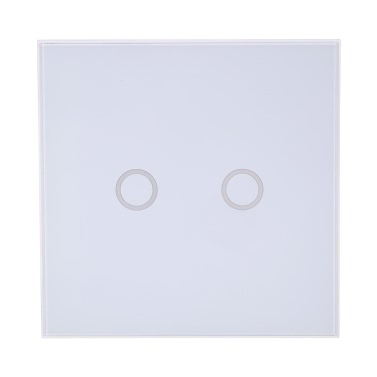 But it turns out that it is for use with dumb light bulbs as it turns the current on and off to the bulb!

I’m looking for something which uses the wireless to send commands to other devices, not to receive commands to the switch (like the NEO seems to be for). But to be mains-powered so that:

I like the Hue Dimmer Switch but it doesn’t integrate directly with ST so it is very limiting.

This type of device, one which does not cut power to the circuit, is typically called a “scene controller.”

I know quite a few UK devices which combine a scene controller with a single relay Control. For example, the following TKB zwave model which uses one paddle to turn the circuit that it is wired to on and off, and the other paddle as you described, just to send an instruction to the hub.

There are quite a few different variations on this, but off the top of my head I don’t know of one that doesn’t offer an internal relay as well. But there may be one, hopefully someone else can comment as I am not feeling too well today.

There may also be some options with some of the in wall micros like the Fibaro model which has a secondary scene option. I just don’t know if those can be wired to bypass control of the circuit or not. @anon36505037 might know as he has done his whole house with fibaro kit.

Of course the next question is whether you will be able to get the device to work as designed with SmartThings, which is another question altogether. For Z wave devices, if they use “central scene” commands you may have an easier time getting it to work then if they use “multi channel” commands. But you will probably require custom code in either case. And if it is a zigbee device, the multi channel devices might just not work at all with SmartThings.

I’m a bit confused by your mention of the Hue dimmer switch as that is a batteryoperated device. If you’re willing to consider other battery operated devices, there are a lot of choices:

Thank you both for your very helpful replies!

@JDRoberts - That explains why I wasn’t finding much when searching for switches - it’s not really a “switch” I’m looking for but a controller / wired remote! I hope you are feeling better soon.

@anon36505037 - Thanks for the recommendation - is that the solution that you are using? It does seem slightly convoluted for my purpose though, using a product (the Dimmer 2) that seems to be designed to dim traditional incandescent/halogen bulbs, and also another product to then replicate that load when using a smart bulb. Not only a bit over-engineered but also I think in a lot of my shallow walls (in a new build) I will not have enough space to store those devices.

What I do like about this idea though is the potential to use any momentary switch of my choosing so it could look very discreet.

I’m surprised though that doesn’t seem to be a readymade solution - a single unit with 3-way wiring and a couple of buttons that can send Z-Wave commands.

For simple on/off control, you can still use a switch that has a relay as a simple on/off button. I have one of my ZooZ dimmer toggle switches set up that way.

In the wall, you just set up the hot side like the neutral side, where you create a 3 way junction of incoming, outgoing, and connection to the smart switch. Leave the load of the smart switch unconnected.

If you rapidly toggle the switch it can get out of sync (which corrects next switch toggle) but in real world use it works flawlessly. This is all ZWave and routines based, so not sure how you’d fare on zigbee…