So, I have an issue and I don’t think it is currently addressed by any product.

I’m in the UK (but it probably doesn’t matter) and I’m looking for a wall switch like this: 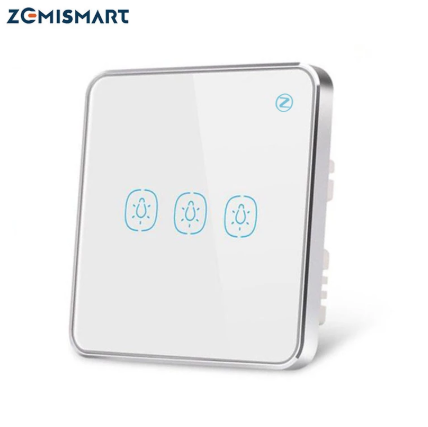 Basically a multi gang light switch with ZigBee support. In this case you can wire in one set of lights and use the other gangs as powered buttons for SmartThings, or similar to trigger events.

The issue is that when the switch is off the power is also off to any smart bulbs that may be in the system, so you can’t turn them on independently as no smart system can see them.

Sure I can wire the lights to be “always on” and then have a switch triggers routines but isn’t actually wired to the light, and that has it’s own issue that if you want to change a bulb you need to go to the junction box and switch off a circuit to safely swap them out.

So I’m looking for a powered zigbee switch (don’t want a battery solution as have lots of switches in my house), that when you touch the buttons triggers a routines, but if you hold the button down, for say 10 seconds, it actually turns the lights power off/on.

Has anyone a decent solution for this? UK light switches are square, which is another issue, but I do have neutral wires! 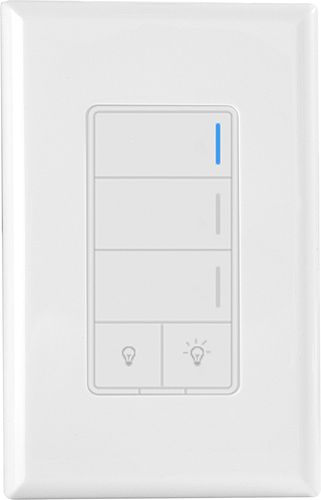 Hey all, There’s been an interesting development come in the last month or so in which our manufacturer came to us with an opportunity to develop a Z-Wave scene controller and we’ve officially kicked off a project with them. Project Rock Out. ...

It will be z-wave but will be a scene controller and switch at the same time.

I believe @nathan_inovelli is the responsible designer on this one.

We are seeing more and more of these in the US, both Inovelli and Zooz have some variation, but both are very small companies that only manufacture their devices on the North American Z wave frequency. They will not work with a UK frequency hub. 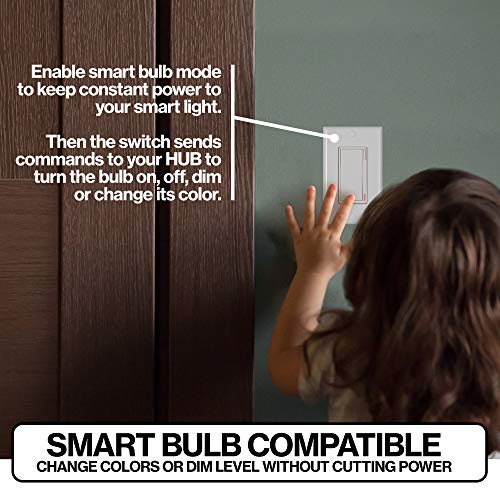 I expect we will start to see some companies start making some for the EU market in the next year or two. As you mentioned, it’s a very useful design. But I don’t know of any available yet.

I expect we will start to see some for the EU market in the next year or two.

Thanks for the heads up! Most of the UK style plug are off dodgy amazon brands so I’m a bit wary… houseupinsmoke

That looks neat, I’ll have a think on development ideas too.

At least you have neutral wires

Yeah, almost finished a large extension and loft conversion so new wires went in everywhere. Unfortunately I knew very little about Smart Home stuff when the electrician wired in all the lights and switches, so they are just standard electrics at the moment.

I’m guessing you are lacking a neutral?

Yes, house built 15yrs ago, no neutrals to the switches, and really shallow backboxes.
I’ve fitted one Aeotec smart switch by doing it at the light fixture itself in the ceiling, but the rest of the lights are using battery-powered buttons

Well done on the fitting!

I’m trying to avoid batteries if I can, or I’ll be forever replacing them as I have lots of rooms and lots of things I want to automate.

Those switches I mentioned at the top are nice because you can have one light attached to a three way socket and just use the other two buttons to trigger routines with no lights affected directly. Just I’d like to still be able to trigger some of the bulbs that are hard wired to that switch, even when it’s “off”

What I need is the equivalent of one of those Fibaro switches behind the light switch, just set to ON, so I can turn the lights off properly if needed to change bulb etc. Then in front of it, hiding it, I need one of the touchscreen switches which is just powered but not actually connected to the lighting circuit. It’ll look like a lightswitch but actually be just a set of powered buttons that trigger routines, scenes etc.

All our switches do that. We have a feature that disables the internal relay allowing for your switches to act as scene controllers only.

Thanks Nathan, that is exactly the concept I need, great to know it exists.

The only issue I have is that I need one that fits UK light switches (square), I have 15 relatively new back boxes with generic switches in (some multiway (though well designed Smart Switches obviously don’t need multiway)

The UK is screaming out for a decent switch at a good price, that works with SmartThings. I’m going to read through the Z-Wave 5-Button Scene controller and dimmer switch page soon, looks really interesting. Still need a UK square version though

It’s not just the physical dimensions that are different: like mobile phones, zwave operates on different frequencies in different regions. So you have to have a Z wave device designed for the UK region or it won’t work with your UK hub.

Ah ok, good to know… we need Inovelli over here in the UK

One day it would be nice for consumers and producers if the whole world used the same frequencies, light switch sizes etc etc…sigh… nothing is ever easy