iOS and Android app stores vets submitted apps. Both may be more effective than the other under different circumstances, but both make the effort. Due to the channel dist process, SmartThings has the SOURCE CODE (which is way more than Apple or Android has), but they’re too lazy to vet any of it?!

If a developer submits a device/driver for WWST certification it is inspected and tested.

If a developer submits a device/driver for WWST certification it is inspected and tested.

Does the documentation of how the WWST certification process working available publicly? And of course the Terms and Services agreement?

Once I asked about it, but it wasn’t publicly available. And support for any reason was not giving out for project management purposes to calculate with required times…

These can be done remotely for psychological effect or followed up with a physical incursion.

The drivers cannot communicate outside of the network as I understand.
You need a man-in-the-middle, like a RaspberryPi running some code for the driver. But then why waste effort with the driver…

Same as the previous one.

“LAN Takeover” attacks. These are done for the purpose of getting remote access to other devices on the same LAN. the motive is often financial, including ransomeware.

This is the most plausible use case.

I think this would fall under the previous category. But still plausible…

documentation of how the WWST certification

It is nice to have it finally publicly available. What would be more amazing if those documentation pages would have a revision date and a list of changes of each revision, like Wiki pages usually do. Just to be transparent on the subject

Otherwise has this changed as well?

Due to the constant changes that the platform is experiencing, Certification Team is only accepting fingerprint updates on top of the already published DTHs.

want to create my own edge driver

Very good question, but off topic here. Please start your own topic in the following section of the forum and someone should be able to help you there:

I Have the very first smarthings hub… will it work with this new edge migration? or do i need to buy a new one?

I Have the very first smarthings hub… will it work with this new edge migration? or do i need to buy a new one?

What country are you in?

and what’s the model number of the hub? (It should be on a sticker on the bottom.)

The very first SmartThings hub, the V1 in the US, was discontinued last year and doesn’t work with the SmartThings app any more, old or new architecture. So if you have a never-used one sitting in a box somewhere, you’re out of luck. It won’t work now and it won’t work in the future.

The first hub for the UK was the same as the V2 in the US. It should work fine with these changes.

Here’s the thread that discusses the hardware requirements for the new platform.

Hi everyone, just to confirm what @JDRoberts mentioned. Currently, you just need to check: The Hub’s hardware version (v2, v3, also Aeotec Hub) Firmware version (ST Edge should work since the 38 version but the new ones have different improvements, current: v43.4)

I have the V2…i think 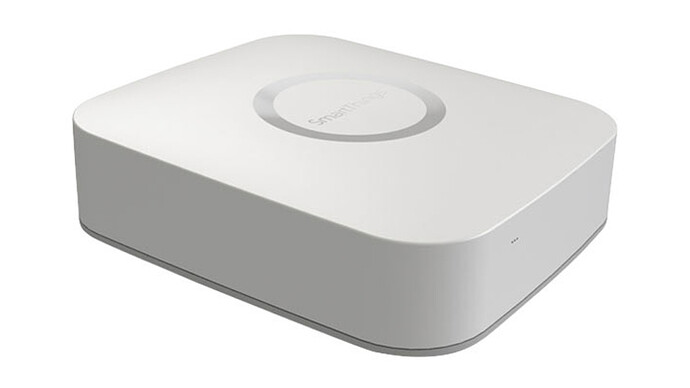 With support for many Z-Wave, Zigbee, and Wi-Fi devices, the Samsung SmartThings Hub is one of the most versatile home automation hubs around.

I have the V2…i think

What’s the model number? It will Be on a label on the underside of the case (and also inside by the battery compartment for the V2). 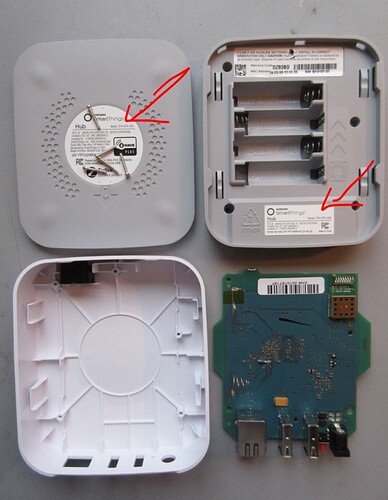 I’ve lost control of all my ZigBee lights?

Anyone else having this issue. I’ll m assuming it’s to do with the changeover?

can you be more precise? In what sense did I lose control? Do you see them disconnected or don’t you see them anymore?
Are they in DH or EDGE?
I’ve had similar problems for a good month, especially with a specific model of switches, and I’m still trying to figure out why.

2 posts were split to a new topic: Leaving SmartThings

So they’re basically showing as off line.

Either that or when they’re online I get a network error?!?!

All Samsung drivers. Stock as I haven’t changed them.

Hi, @barron, @Diegocampy
Have you reported your issues to Customer Support for further investigation?
Linking this post as well:

I am a case to be studied, continuous disconnections with each addition or deletion of a single device. I hope not to cause some headaches to the engineers who are going to read the logs. I want to bring my testimony because I use Vimar zigbee switches, and I think that nobody uses them outside Italy, in Italy they are widespread, and for some time, many users have problems with burst disconnections. We hopefully it may be a firmware issue

I had opened a report in the beta firmware bug department, https://smartthings.centercode.com/project/feedback I don’t know if you mean that. All my reports initiated by the App are managed by samsung help center and not specific SmartThings department, and after the email message of receipt of the report, no one has ever responded, not even on other reports.

Can you send me a link?

All my reports initiated by the App are managed by samsung help center and not specific SmartThings department, and after the email message of receipt of the report, no one has ever responded, not even on other reports.

On the one or two occasions I have had a response from Samsung support it was worse than no reply at all. I have had messages sitting in Samsung support mailboxes for years now (it was, and maybe still is, possible to see them). The particular problem I had in the UK was that I had a Samsung phone and they pester you to install the Samsung Members app. Having done so the useful ‘Contact us’ link in the SmartThings app was quietly and inexplicably replaced by a link to Samsung Members with a large number of unhelpful support links. There was once a rumour that one of them got you SmartThings but if that was true I never found it. I always had to use e-mail. We don’t have phone or chat support in the UK. We used to but they went away and I don’t believe they have returned.

As I am trying to migrate away from WebCore, Im trying to build a routine that is between Sunset and 9:00 pm but the “Period” allows for only Sunrise/Sunset or a specific time… Does anyone have a work around for the issue?