Maybe it would be good to start a new thread specifically for this major UI update to the Smartthings app, people inc devs can see clearly peoples thoughts

The new UI version should not keep asking me to add devices to rooms, i have many devices that serve multiple options and do not require rooms, it would be a major screw up if the devices that have no room assigned were added to a room and then that room was switched on or off, or at least give us a room with a name that relates to devices that are not specific… perhaps safe room or unassigned room 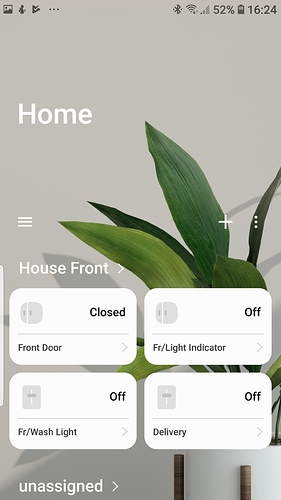 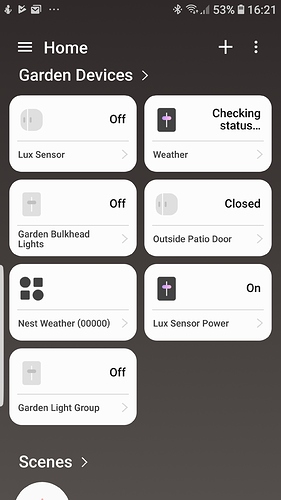 Can you add a screen shot to your original post so it’s a little more clear what the UI looks like? I believe it’s only for Android 10 at this point.

Here are the issues I’ve seen in the first 10 minutes trying to use it:

This is only in the first 10 minutes…

Can you add a screen shot to your original post so it’s a little more clear what the UI looks like? I believe it’s only for Android 10 at this point.

Nope, I have a Note 8 running Android 8.0.0 and the update popped up this morning on both my tablet and my phone.

EDIT: Just as I was taking the screenshot, the ST gremlins got me… my hub went offline!

Thanks JD
I also echo that the annoying pop up that insists you add devices to rooms should have the ‘create new room’ option available, this is available elsewhere in the app but not available in the insistent pop up, to avoid adding devices to rooms you have to exit the whole app, a definate no no

And WHY is there a huge gap at the top where it says Home ?? All i can assume is that this is the start of regular UI updates that will build on this initial update. At the moment UI inconsistencies abound

Yikes! That big empty space is such a waste.

At least the last version you could hide that panel from the dashboard. It doesn’t sound like you can hide things in this version?

Now I know why some SmartThings devices got different icons a couple weeks ago in the add device list. 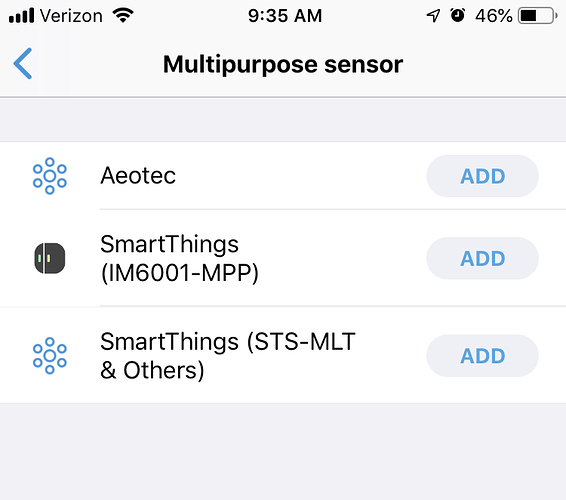 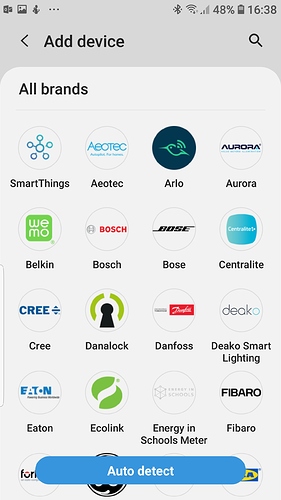 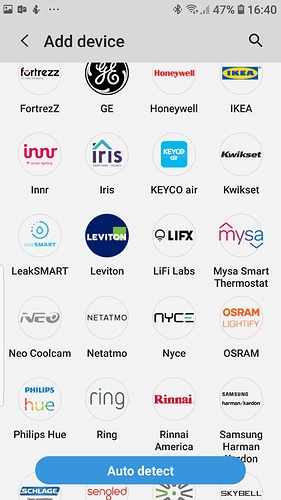 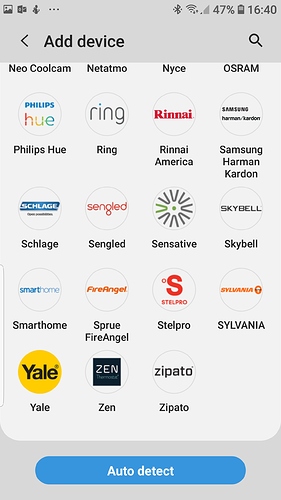 Oh wow. I kinda do like adding by brand though…

I do also wonder if every v device should use the brilliant UVDT device type, its like the swiss army knife of devices that solves so many conundrums

Any news on when this update will this be available in iOS. It looks like it solves a few UI issues. Specifically grouping on the dashboard l

Im guessing not long, seems to be rolling out across the board now. 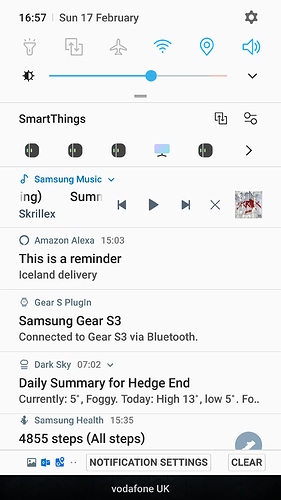 Wait! How many mobile devices are running android versions lower than 8??? Hmmmm

This graph shows the market share of mobile & tablet android versions worldwide based on over 10 billion monthly page views.

SHM is added as an automatuon with the usual options and a delay timer for activation, to delete a SHM automation you need to go to automations (3 bar on home screen) find the SHM automation, hold it down and wait for it to be selected, then you can delete the action

Why deleting a SHM automation is not easier simply by editing it is a mystery, they only had to add a delete option at the bottom of a SHM setup page

I was aware of that but being forced into the add device to room without the option to create one there is a UI design flaw. Either way, I am not seeing all my rooms as I have 23 of them and the limit is 20! Why???