Thanks Ron! I will try this next weekend.

How about using Arduino UNO project called Universal Learning IR Remote.
We can setup the remote that we want to replace.
For example, we want to clone Split AC system IR remote. We can capture IR ‘code’ from every button on remote. And transmit the same IR code with infrared transmitter that connect to Arduino.

After arduino IR remote can replace the AC remote, then we connect it to ST with Smartthings Arduino Shield.

For feedback, smart plug or any device that can measure the power consumption. The amount of watt will be different when the AC is operating or not, with this we can determine whether the AC is ON or OFF.

This is one example of Universal Learning IR Remote

For feedback, smart plug or any device that can measure the power consumption. The amount of watt will be different when the AC is operating or not, with this we can determine whether the AC is ON or OFF.

Split systems don’t typically have a plug. My units are all 240V 30amp so you would need a power monitor that can be wired inline and support that output. But I like the idea, for feedback on my unit I use a remote camera to see if the vents are open which means the unit is running. I also use a temp meter to see that the temp is changing as requested.

Ahh you are right, it’s so high current.
But, what do you think about Universal remote that use Arduino ?
Is it possible to make ?
If this possible, I need to create Smart App that looks like remote, isn’t it ?
For example, I create 3 button function, 1 for power and 2 other for up and down temperature.

I never create any smart app before, is it hard to create ?

How would you interface with the remote ? I tried to watch the video but it was a little hard to understand what they were doing. They were soooooo boooorrrrring

Anyway if you can get an interface to the remote then depending on what that interface is you could write a device or a smart app. The ZXT-120 which I am using has a zwave interface so I am able to write a thermostat device to make it work. It also has a learning mode so you would need to add the learning features to the device but that is very doable.

I also have a Harmony Home Hub which I may try to teach my AC signals. However harmony integration with SmartThings is broken right now and I don’t know if it will ever be fixed.

Haha, it’s true so boring. I only watch half of it.

The only way to connect the Arduino is by ST Arduino Shield.

First, I need to build the Universal Learning Remote on Arduino. Some people has done with this.
After that, attach the ST Shield so it can connect to ST hub

I’m haven’t try it yet, because I don’t have the ST Shield.

This thread is helpful for Arduino project

1/16/16 - Updated to reflect recent ST IDE nomenclature changes and v2 SmartThings Phone App image. Just a heads up - The current Arduino IDE 1.6.6 has a bug in it which throws a compiler error (invalid namespace) when trying to build ST_Anything. Please continue to use v1.6.5 until 1.6.7 is released. You can use the latest "Hourly Build" of the 1.6.7 IDE as well, since I have confirmed the bug has been fixed in that version, as of 11/28/15. I am happy to share with the SmartThings Community a project that my son and I have been working on for the past two weeks - ST_Anything! Our goal was to make it as easy as possible for anyone with some Arduino hardware/software skills to be able to get a new "Device" up and running in a matter of minutes versus hours/days. We have implemented ma…

what happen with Harmony integration ?

what happen with Harmony integration ?

Since last harmony firmware upgrade you can’t connect the harmony to ST and have ST control it anymore. I think the harmony can still trigger ST actions but I have not tried because that is not how I wanted to use it.

I created your device type and set the AC unit code, but it seems I can only turn the ac on/off and change the modes (dry, cool, heat). Changing the temperature slide has no effect. I have tried all of the AC unit codes. Is there something else I need to configure?

I don’t really know. My split system doesn’t report the temp it is set to so I have no idea if this even works for my system. How do you know temp isn’t working.

The way the temp works is setting it only sets the temp on the ZXT-120. The temp isn’t sent to the unit unless you press cool/heat. It is the cool temp setting and heat temp setting which is issued when you turn either mode on.

has anyone in the community gotten their sensibo units yet? curious to see if we can get it to work with ST. Or even the Tado unit that was on kickstarter?

has anyone in the community gotten their sensibo units yet?

Didn’t know about this. Looks cool. I wonder how it learns your AC ir commands. They don’t seem to explain that at all.

I would like to get one of these. I clicked on buy and it added $20 “International Shipping” Don’t they know Hawaii IS in the United States

Their ordering system doesn’t let you put more than one “Product” in the cart either so I would have to Pay the $20 international shipping once for the main system and again for the extra pods.

haha yes. well they are both startups so that probably explains it. I backed both of them. Sensibo seems like it’s closer to shipping tho (already shipped dev kits out)

Tado seems like just a thermostat to me, does it also issue IR commands ?
My AC is also my Heat (Split System Heat Pump) perhaps you are interested in the later device for heat and the former for AC ?

I emailed Sensibo sales. If the IR commands learn I would prefer it over the ZXT-120 's I am using. I have $210 invested in three ZXT-120 devices but I haven’t codedd the device code to learn yet, it is a very complicated process. If the Sensibo learns like a Harmony or better yet learns as you use the remote, I would be VERY interested in this device.

So I’ve got a ST hub on the way and I’m returning the Wink - it’s just too basic. Looking into integrating a portable AC unit into ST.

This one in particular is WiFi enabled - anyone know if ST can control it? Or maybe point me to a page to wrestle it into compliance? 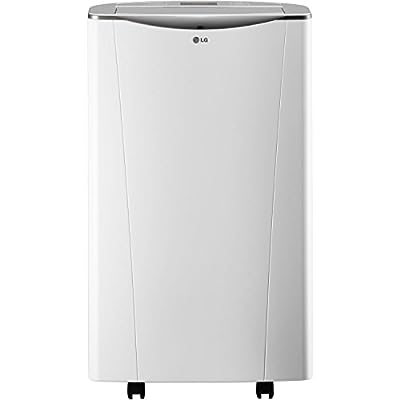 LG's LP1415WXRSM 14,000 BTU 115V Portable Air Conditioner features Wi-Fi technology. Just download the app from the APP Store or Google Play and you can control this unit with your smartphone. The inn ...

Has anyone done integration with IntesisHome wifi IR ?

One other option I didn’t see it listed yet, if your air-conditioner can be controlled by a Logitech Harmony remote, you can get some integration with SmartThings that way.

I have a question i am new to the smart home concept. I purchased rhe smartthings outlet ans plugged my window ac u it to it, the device is paired but it will not turn on my ac. It is working like a power surge protector, cutting off complete power tl the outlet. I also tried it with my bluetooth samsung sound bar, it does the same thing. It only seems to work with devices that do not need on and off switches, does anyone know of a work around?

The problem isn’t so much between devices with on/off switches vs those w/o on/off switches, it’s such that your AC likely stays off when it loses power and doesn’t turn back on when reintroduced to power. This is actually a safety condition as turning the compressor on and off quickly can be damaging. So, in case of a quick power outage, the AC will not kick off and then back out if power is lost for a few seconds. The sound bar must be the same way, of course not for the same reasons, it just not smart enough to turn itself back on until someone actually pushes a button. It’s not a mechanical switch w/ a distinct on/off position.

So as previously mentioned, you would need some kind of device that could turn the AC back on. There are a few devices out there but they are pricey. Tado, Sensibo and Ambi Climate are the major options, can’t remember which currently work with ST and which just say they are working on it. In my opinion there isn’t an ideal solution at the moment. The Ambi looks good on paper if it works with your AC but you’d have to buy a unit for each AC and the expense per unit is probably more than the AC itself. They should have gone the way of most smart devices and created a central hub w/ add on temp sensor/IR units. Also, don’t think they’ve integrated with ST as of yet. They’ve been saying they are working on it since inception which has probably been a over a year if not more.

LG is making an external bridge for their minisplit zones.