I wonder how you could smarten up these TV LED Backlights? http://www.theledbacklight.com/

The are excellent for watching TV in a aimed or darkened room but could you hook them up to SmartThings and what could you get them to do?

I’m doing something very similar but for paintings mounted on the wall. You could mount an LED strip or changeable color bulb and have different actions make the LED’s blink, turn on/off, change color, whatever you can think of!

Hmm… Amazon has similar RGB LED strips for only 20-30 dollars for 16 feet.  I can see all kinds of cool applications for that for when entertaining. We have a 10’ long kitchen island that would look fantastic with an LED glow coming from around it. I also think it look good mounted under couches, and liquor cabinets.

Back light for wall paintings - now that’s a good idea.  I think white LEDs woenough enought though. I am not sure if local our LEDs will enhance the effect.

Since SmartThings can take almost any event to trigger an action, I think some great things are feasible. Painting backlights or in Cory’s case, a kitchen island, could be setup to be quite the party maker.

You want to see a killer project? This is amazing but due to HDMI encryption it’s computer based only:

No the forum keeps stripping my link for some reason: 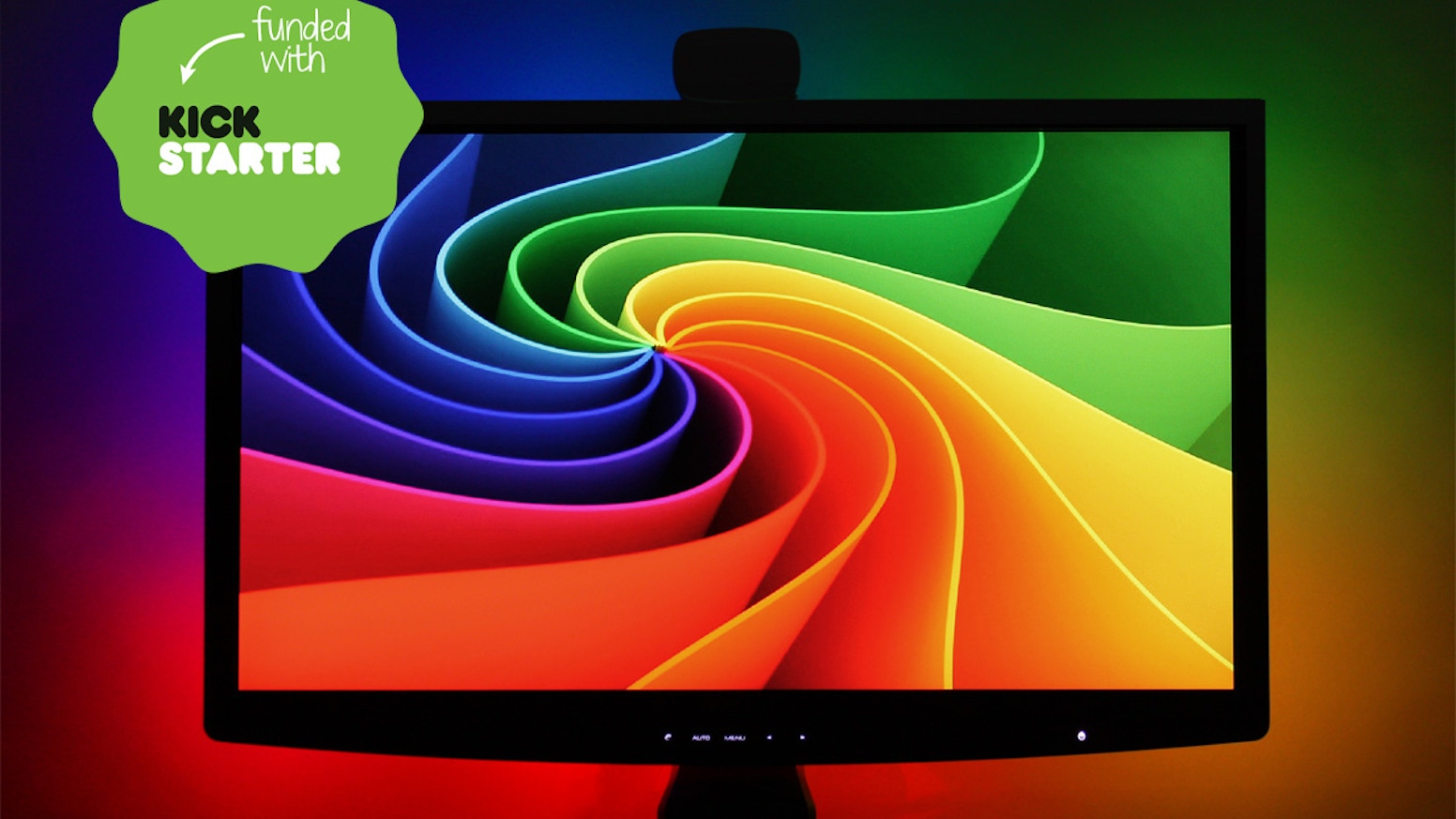 Lightpack — ambient backlight for your displays

Open-source content-driven lighting system you can use with TV or PC, Mac, HTPC displays in movies, games and daily work

(there it is non) hyperlinked.

I’ll try to link it here:

I currently have a color changing back-light for my TV that uses an IR remote. I was planning on using my Arduino or Rasberry PI to add z-wave for it. Anyone tried something like this?

I grabbed some $40 color LEDs from Home Depot, cut them into 4 sections, and put them on all 4 corners of my TV…then they plug into a SmartPower outlet. I have to change the colors manually, but I find that a natural soft color works for pretty much everything. It looks even better now that the TV is mounted on the wall (instead of the stand in this pic). Since I have a motion sensor in my living room, the TV LED also turns on when there is motion during “sleep” mode.

I tried posting a photo but there’s some stupid “new user” restriction that doesn’t allow users to post photos. LAME. Remove the space before TV-LED and you can see what I did.

I want this it looks freaking cool

A few years ago I built my own TV backlight. I used cheap strip lighting and a wifi controller.
Now I used 10mm aluminium strips for my frame. The frame is assembled together by a corner joiner that you can 3D print. You then just stick the strip lighting directly onto the aluminium frame and attach it to a NUE zigbee RGBW controller.

Connect it directly to ST and it works like a charm.