Nest has a detector that is hard wired and interconnected with more of it’s own kind. I’m not sure you could install it in concert with your other existing detectors while still preserving the interconnection or not.

PhilB. Thanks for the reply. I know Nest and others do within their own network, but want to replace all of my detectors. It would be nice to just replace one and get an alert. When I’m away I don’t care which alarm goes off, but that any of them have gone off.

You could try a Leeo.

no ST integration I'm aware of but appears to be a decent deal at $29.15

I may in the meantime, but I’d prefer to have something hardwired vs relying on hearing a noise. Its a trust thing.

The question of interconnect with a mix of smart and dumb detectors came up in a thread about Halo a while back.

If I remember the gist of the discussion, it was that pretty much any smoke detector manufacturer will guarantee that their interconnect function will work with devices of their own brand only. For smart and dumb detectors. Not sure why that isn’t standardized.

Minimally, will a trip by the Heat Detect sensor also trigger the Halos and vice versa. We can’t guarantee this, but it is likely that it will work as expected. Halo puts about 9 to 12 VDC between the interconnect and neutral during a smoke alarm condition. Similarly, if halo detects a consistent(5+sec) voltage, it will trigger a smoke alarm. As previously mentioned, some other brand alarms self-test last less than the 5 sec for halo to be triggered, however, during an alarm condition halo will be triggered as the interconnect last for longer than the required 5 sec. I’m not sure if this meets code due to us as the manufacturing are unable to guarantee operation. I do understand the frustration this can create and equally hope you understand our legal position. As you stated, a push…

Thanks! This is what I wanted to hear. My home is currently wired with First Alert SC07CN. It sounds like I can replace one with a CO501CN-3ST and be able to push that to ST.

Only way to find out is to try I guess.

Hmm, not sure if I’m understanding what you’re trying to do now.

My home is currently wired with First Alert SC07CN

That’s a battery powered smoke/CO detector. It has no interconnect function, but it can be set to announce the location of the alarm that is going off (from the speaker on the device itself). 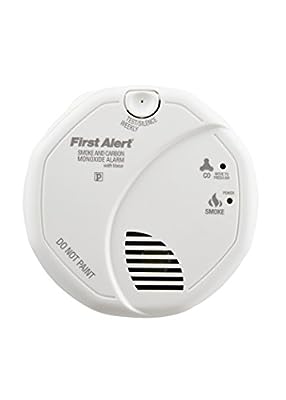 The First Alert SCO7CN Battery-Operated Combination Smoke and Carbon Monoxide Alarm with Voice and Location delivers both smoke and carbon monoxide detection in a single unit. Equipped with a photoele ...

Do you mean SCO501CN-3ST? That’s also a battery-operated smoke/CO detector, although this one does have a wireless interconnect feature. 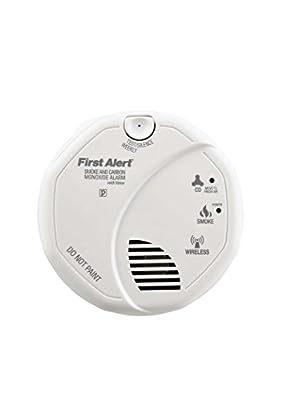 The First Alert SCO501CN-3ST Combination Smoke and Carbon Monoxide Alarm with Voice Location detects both smoke and carbon monoxide in a single device. Designed for those who want a comprehensive dete ...

So I’m confused by what you mean when you say your house is currently wired with SC07CN; that’s a battery-only device.

If you have several battery-operated detectors without interconnect (SC07CN), and you replace just one with a battery-only detector that has a wireless interconnect (SCO501CN-3ST), then what is it you’re hoping to accomplish?

Also just to be clear, the wireless interconnect on the SCO501CN-3ST does not mean it can connect to SmartThings or any other home automation hub.

The first alert zsmoke and zcombo work with SmartThings because they use z-wave, unlike the proprietary wireless protocol that connects a group of the SCO501CN-3ST devices.

Halo can be integrated with ST because it supports zigbee. I don’t have a nest protect, but I assume any integration with ST must be cloud-to-cloud.

Had the wrong part numbers in front of me. The correct ones are SC7010B and 9120B. They are hardwired and interconnected. My question is do they make a version that is hardwired that is zwave compatible? When any alarm is triggered the others go off via the interconnect wire. I wanted to get a notification if away from the house.

Unfortunately no. The only z-wave models are battery powered.

You can get a halo and connect it physically to your other detectors. Halo can then connect wirelessly to your ST hub.

You should check their website or that forum thread I linked to above, about how well the wired interconnect with non-halo devices has been working.

I don’t have the interconnect wires in my apartment, so my halo has no other detectors to connect to.

But I do like the way it can connect wirelessly.

And the z-wave detectors made by first alert are good with ST too.

Thanks for all of the information. I’ll check out the halo.

If you’re mainly interested in a device that will tell you remotely that one of your smoke detectors is going off, you could look into the smoke (and CO) relays made by kidde and first alert. People have had success connecting them to z-wave contact sensors that can accept external inputs.

This can be assigned a device handler so that it would basically tell you that something went off on your interconnect wire. It couldn’t be more specific than that, but I’m not sure if you can get that now with the wire.

I'm sure this has been done before but I know I've seen lots of discussions on the best way to integrate existing smoke/CO sensors into SmartThings. After lots of research I did what I thought was the best way for my situation and figured I'd write up what I did in case it could help someone else. Cost me less then $100 and about 6 - 8 hours of work, probably less if I didn't write this up and take pictures. The way I did it also does not interfere with the existing sensor operation which was my main concern. My house was built two years ago and has sensors to meet code. That means smoke in each of the three bedrooms, a combination smoke/CO in the upstairs hallway, a smoke in the first floor hallway near the kitchen, and another smoke in the basement. They are all Kidde brand and in…

Yes that is correct. When I bought my house I only had 1 wired smoke detector in my upstairs hallway. Code in my area has changed and now requires smoke detectors in all bedrooms. When I was renovating my kitchen I didn't want to get caught up in all of that and have to pay an electrician for something I could do so I installed a wired smoke detector in all bedrooms and connected them to the hallway smoke detector in parallel: hallway to bedroom 4, bedroom 4 to bedroom 3, and so on. Then I found a way to run the wire from the attic to the crawl space below the first floor so I removed my downstairs battery hallway detector and connected it with a wired one. Long story short I knew how it was all wired together and I had easy access to the last run. The bedroom detectors are just sm…

I use Leeo Leeo Smart Alert Smoke/CO - $29.15 to connect make my hardwired smoke detctors integrate with Smartthings via IFTTT.

I used the [RELEASE] Universal Virtual Device Type and Translator to create a switch with the Smoke attribute. When Leeo detects an alarm, it triggers IFTTT to turn my Smartthings “Smoke Switch”. Smartthings treats it as a smoke device and will integrate it with Smart Home Monitor.

Leeo is hands down the best option here. I’ve had two Leeo’s, as well as my Insteon connected First Alerts. The Leeo’s ALWAYS alert me faster than the Insteon, or my connection via IFTTT/Insteon to Smart Things.

can you tell me the device handler you use

Is there a smoke/CO detector that also has a temperature sensor?

It is a smoke detector type : Heiman HS1SA-Z

I use “Z-Wave Smoke Alarm”

I have the Halo+ and it has Smoke/CO/Temp/Humidity and NOAA radio. Not the cheapest HW smoke detector but I’ve put it through it’s paces (I install life safety systems for a living) and it works as good as any smoke detector I’ve ever dealt with. Did take me 2 tries to get it on my WiFi though.

That’s a little rich for me. I’m honestly more interested in a good/cheap temp sensor with long battery life than I am in the smoke detectors. I do also need a couple smoke detectors and was trying to kill two birds…