witch one and why ?

wich would be the best to use with smarttings

I am awaiting the Fibaro Smoke detector integration which would be my ideal choice based on size, looks and features.

Any online store i cna buy it from?? i cant find it on amazon, how much you paid for it?? looks awesome

I think it currently is only in Europe, but it shouldn’t be too far away as Fibaro released most of their other new items in North America recently.

witch one and why ? wich would be the best to use with smarttings

Nest integration with SmartThings is likely to remain uncertain for a while. Nest may consider themselves “competitors” to ST, unlike other less prominent brands.

My biggest concern is cost, though. Ideally, smoke detectors should be in every room that has a closed door… And more. Early detection is the key to survival and resolution.

So any reliable detector is best if affordable for maximum placements. ST integration may not be the highest priority if they provide a good alternative connection… I don’t require “everything” to be in the ST Cloud or App just yet, noting that ST has persisting reliability concerns for now too.

There is a Kickstarter or IndieGogo for a smart connected battery that you can insert into the existing detectors. Great idea if they deliver!

I really wish there was a zwave (or zigbee) detector that could be wired. I do not want to revert back to battery when I already have 8 wired detectors. I do have a relay hooked up, as per the thread below. But it would be great to have room level information for smoke detectors, just like the Nest Protects. I actually like the Nests a lot due to their functionality, but I do not like how much they have locked down their ecosystem. Yes, they have some IFTTT, but they have not really wanted to move beyond that…which stinks. Time for someone to step in and fill that void.

They’ve released barely any of their items in the US and I doubt the smoke detector will be here anytime soon. If they are having trouble getting their relay based modules UL certified over the last 8 months, I can’t imagine they are going to have any luck with the much more stringent requirements for smoke detectors.

Nice post, I’ve been looking at those Roost battery widgets too. I’m doing an addition which required hardwired interconnected smoke detectors which left my z-wave / zigbee options at 0, the nest satisfied those but A they’re really expensive and B I wouldn’t want to spend all that money and have spotty integration.

Hmm… I was looking at IFTTT and I see that Nest Protect is there and it can pass the specific device. It seems as though you could do the following Rube Goldberg solution if you wanted…

The one issue I see immediately is the Next Protect trigger list does not include a condition cleared option. So, you need a way to turn that switch back off - perhaps with another smart app timer.

Seems convoluted with too many points of failure, but it looks as though it could be done.

Yea I think I found one a while ago:

Power is external via a power brick or any other 9-24v source. The SM120x unfortunately only supplies 5ma of power from the red wire so its not usable.

Any Ideas? I hate having yet another extension cord in my basement.

Actually, I already have a wired interconnected smoke alarm “network” already in place. All I’d need to have something hook into to the “interconnected” portion of the system and tell ST about alerts starting and stopping. Is that what you guys are referring to with the “relay” method? Thanks.

Is that what you guys are referring to with the “relay” method?

Yep…look at the link a few posts up.

The V2 hub is supposed to support Thread. This is the protocol that the Nest Protect is using to communicate, hopefully it becomes a supported device.

I’m interested to see what the First Alert smoke sensor can do. I’d trust them more than some new brand with a safety device like a smoke alarm. 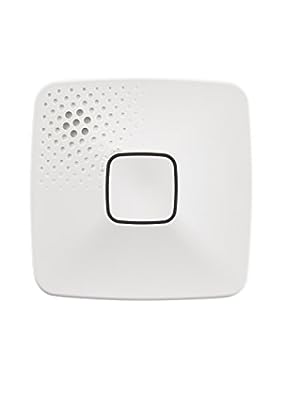 The home kit-enabled one link by First Alert Wi-Fi smoke+carbon monoxide alarm and the free one link home app on your iPhone or iPad work for your peace of mind, so you know your home is safer and tru ...

did you find any more info on this? doesn’t look like it works with smartthings but it sure could

The “old” First Alert Z-Wave models work fine with SmartThings. At under $50, it is much more affordable to cover every room in my home.

They’ve switched to a new protocol for these fancy linked models, and like all stovepipe technology, it will take a while for integrations to be built. The pressure for “Works With SmartThings” has to be 3-fold… It has to come from Customers, SmartThings, and First Alert.

Thank you - I would have gone for the z wave first alerts but as i’m in Oz - i can’t use US z wave freq.

Question for you about the “older” First Alert Z-wave smoke alarm: Can you silence the alarm from the ST app? I’m looking at this one on Amazon.

Can you silence the alarm from the ST app?

I don’t think so.

It is worth digging into the Z-Wave technical specs more closely to confirm, but I believe this is basically a “Sensor”, and thus, read-only (unlike a Lock, for example, that reports locked/unlocked and also accepts those Commands).