Hey @joshua_lyon sorry for spoiling your announcement, but wanted to say that dark TV theme looks fantastic!! Cannot wait to put it on my TV. How do you enable it on Amazon Fire TV? 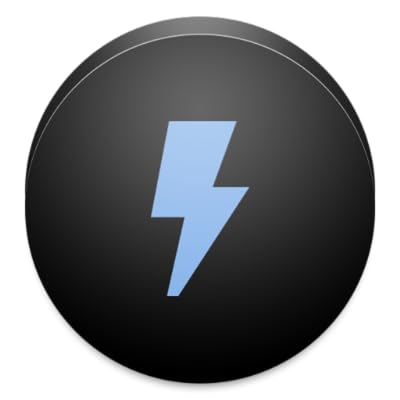 Hijacking this post (since it’s the top result for “SharpTools” in the community) to point people toward the latest consolidated post about SharpTools.io Dashboards and Rule Engine:

I’m glad you like the new Dark Theme and it sounds like you figured out how to get things loaded on your Amazon Fire TV as well!

I have sharptools and right after I got it I purchased the widget add on. A couple weeks later I purchased the tasker addon. When I look at the settings it tells me tasker is owned but widgets are not. The widgets still seem to work tho.

Jim-
Feel free to send me a message using the Send Feedback option in SharpTools if you want to troubleshoot. It sounds like it’s not impacting you in a negative way since all your features are unlocked as expected, but I’m happy to help. The first thing I would recommend is to update to the latest version of SharpTools (3.1) and try reopening the Unlockables screen.

I think I see what the issue might be. I have 2 playstore accounts on my phone. It may be that I purchased the widgets with 1 account and the tasker with the other, not realizing it. I have done this with other apps and it doesn’t seem to make any difference. Both accounts are synced.

I tried switching the play store to the other account, but Sharptools still showed the same result, not matter which account I had selected.

But it appears everything is still working ok. I do have 3.1.

I have 2 playstore accounts on my phone. It may be that I purchased the widgets with 1 account and the tasker with the other, not realizing it. I have done this with other apps and it doesn’t seem to make any difference. Both accounts are synced.

Interesting that it would work for other apps. In-App Billing has known to be a bit wonky with multiple Google Accounts. The Google Play service will only return purchases made by the user account “currently logged in”, but that definition has changed over the years.

Workaround:
Usually it’s best practice to install SharpTools with a specific Google account and then unlock the In-App purchases all at once. Then when SharpTools is reinstalled or installed on a new device, make sure to install it with the same Google account and then revisit the Unlockables screen which will query Google for your inventory and unlock your existing purchases.

I’ll send you a PM with a code to unlock widgets on the second account just to make sure it doesn’t cause any trouble for you in the future!

I’m having a little trouble figuring out how to configure something in Tasker. I have read the tutorial, but apparently I am not understanding it.

I have a task that I want to run when a thing turns on. I subscribed to the thing switch. In subscriptions it shows up as Test1 / switch. (Test1 is the name of my thing).

So in Tasker I create a profile, event, plugin, Sharptools, Thing State. Then in the Thing field I enter Test1 and the attribute field I enter what?? I tried ON, I tried switch:ON, nothing worked.

You can either leave it blank to match all attributes or enter switch which is the name of the attribute.

I’ll update the article to add some clarifications:

If you only want it to trigger when the switch is turned on, you’ll need to add a conditional action for %st_attr_value ~ on in your Task.