Does anyone know of a way to set color temperature on a smart bulb like LIFX or Hue in a scene or routine without using the slider? I thought there used to be a way to type it in like 3000k but no longer able to do that.

On Android you just select the number 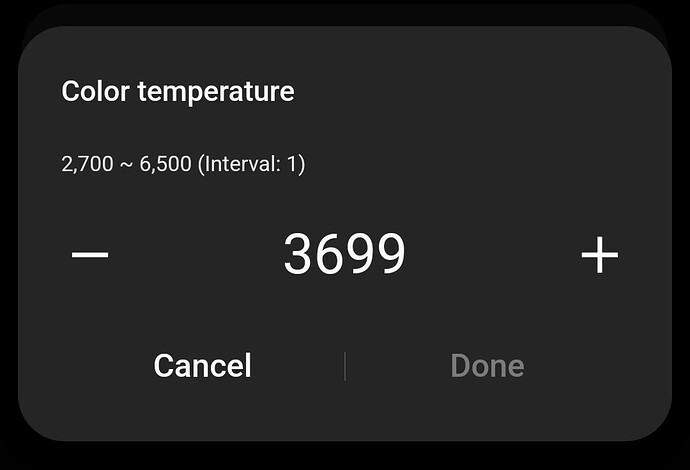 or you can just select number again and type new value. 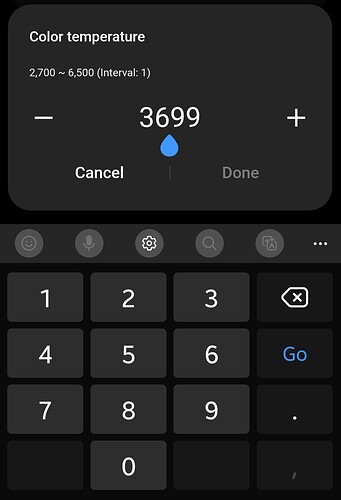 Similar on IoS- you just need to tap on the slider for the adjustment dialog to appear.

Thanks @milandjurovic71. I’m on iOS though.

@homeagain Unfortunately for me, clicking the circle on the slider does nothing. I feel I used to be able to do that though as a lot of my bulbs are set to the exact temperature I want.

If I go to the bulb itself, I can set the temperature manually by simply clicking the current value but in an automation or scene, it only allows me to move the slider which is impossible to get it where I want.

Tap on the number, not the slider. Just tried it on iOS and it works.

That works for you within a scene or automation?

I can tap on the number when looking at the device itself but not within a scene or automation. I got around it by using the app on my chrome book.