Well, I guess its not a big surprise but… 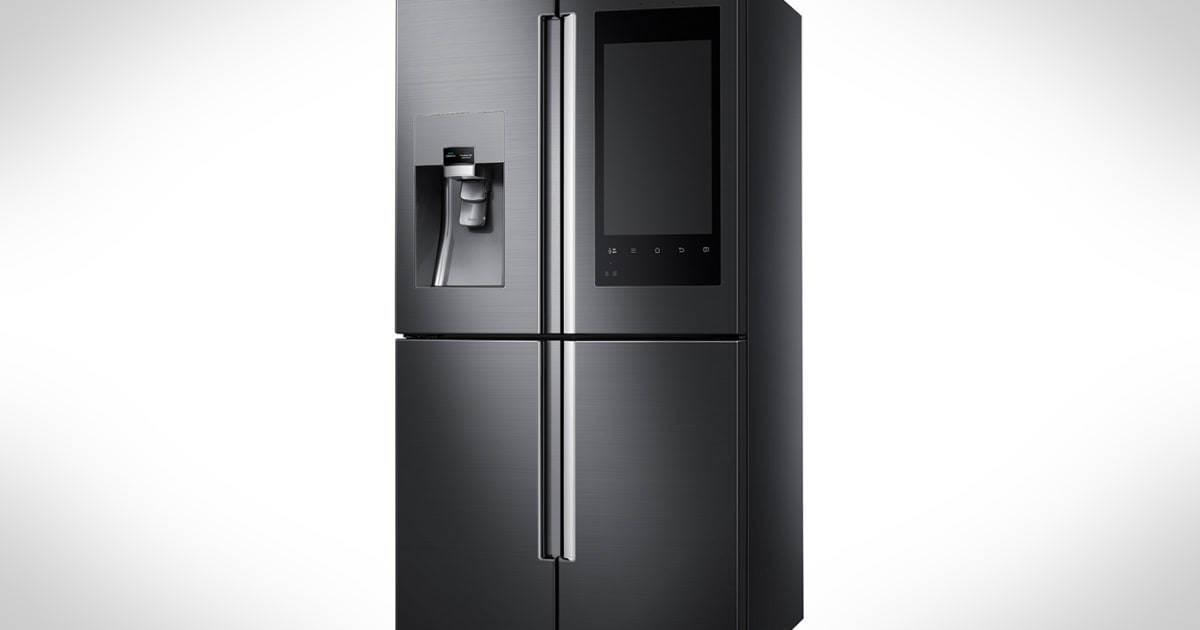 Samsung's latest smart fridge has cameras and a huge display

See your food without the hassle of opening the refrigerator door.

And integration with your car:

“As smart home and connected car capabilities become more prevalent and affordable, we are excited to be working with Vinli to deliver a solution that bridges the gap between the two,” says Jeff Hagins, chief technology officer of Samsung SmartThings, in a statement. “With this integration, the power of our platforms – SmartThings for the home and Vinli for the car – are coming together to offer consumers a first-­of-­its-­kind home automation experience.” 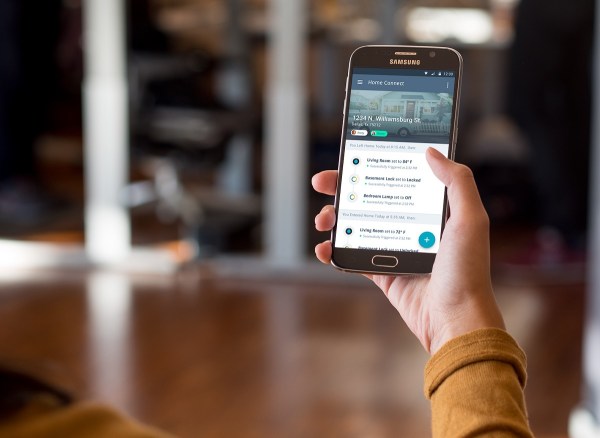 Everyone is creating smart homes and smart cars. But so far, the two are not talking to each other. Vinli wants to fix that. The Dallas-based company said today it wants to end fragmentation among …

Wow, is Vinli expensive! It’s double the price of Automatic ($200 vs $100). Automatic has integration with SmartThings via IFTTT and it “Works with Nest”. While it doesn’t have the HotSpot capabilities, most peoples smartphones can perform this function. I will be curious to see how well this integration with ST works (perhaps better as a presence sensor!).

From the write up I can’t see how it could be anything other than just a presence sensor though I guess it could pass external temperature back to the house to trigger heating… But that’s only going to be when the ignition is running as ODBII is normally only live when there’s power on in the vehicle (well in my experience of running Torque on multiple vehicles with a Chinese ODBII reader), so no triggering the house heating because overnight the car parked on the drive has noticed a drop in temperature…

Then there’s the bigger problem, knowing the car has passed a Geofence doesn’t tell you that a particular family member (or members) has passed that fence (the extreme being my Nissan leaf that requires you to accept its privacy terms before switching on any geolocation functions , every time you start the car because there’s no way of knowing that the driver has ever agreed to them… And as the driver isn’t necessarily the owner, Nissan don’t want to fall foul of European Personal Information legislation).

I just don’t believe that in general a car is as dedicatedly personal as say a phone and as such is really going to be a poor presence sensor. (The exception being vehicles with multiple key fobs where the vehicle can report which key fob/s are inside the car… But for Security sakes, I can’t see that being surfaced to ODBII even in vehicles that technically would know but aren’t already smart).

I currently use Vinli and it has other apps that it works with too. But for ST I could see an integration where voice notification of arrival could be done or trigger of smart lighting or thermostat upon starting your car to leave the office. Presence is the most probable use initially. However Vinli does have a lock feature for the car that will tell you if your car has been started or is moving which might be able to send notifications to ST to trigger voice or lights that you car has been stolen or your teenager took it for a joyride at 3am

Ahhh OK hasn’t thought of the use case of extending the car location into the house for car security, though the rest is just as easy to do with just the ST app

I tried using some of these use cases with Automatic and IFTTT (leaving a geofenced area) and it was extremely buggy. Hopefully Vinli’s implementation works a lot better. One thing I don’t like is they charge also to use their service to store data in the cloud. They seem like an expensive solution.