I saw this on The Verge this morning. It’s only a seven day battery, but would probably do presence so much better. I wonder what kind of price + monthly for the cell data we’d be looking at. 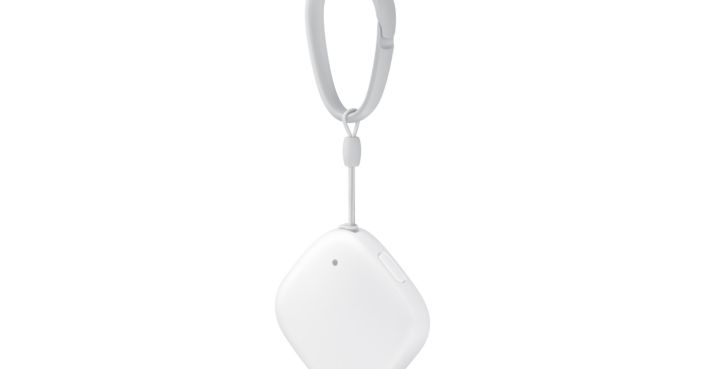 A first to use narrowband network technology

it’s rechargeable, so i’d imagine you just plug it in via micro usb or something. I suppose it’s always good to have another presence option for SmartThings.

it’s rechargeable, so i’d imagine you just plug it in via micro usb or something

Understood, but recharging the battery could be an inconvenience for the user too.

When it comes to recharging possibly being an inconvenience let me put it this way - with the money I’ve spent on lithium batteries every couple months it’s well worth any trade off being made. There’s no way I’m not replacing my Arrival Sensors when this goes on sale, Anyone know when that will happen?

How many batteries do you buy at a time?

I bought a 15 pack of cr2032 batteries 11 months ago on amazon for about 6 or 7 bucks, I still have one or two left. Sure I wish they lasted longer than like 4-6 weeks each, but I’m satisfied with the cost.

I’d really like to drop one of these in my kid’s backpack. It would just be one of the weekend tasks to pull it out and charge it.

I hadn’t heard of “NB-IoT, Cat.M1” … so does this thing require a cellular data plan? It is not just a presence sensor that tells SmartThings when it arrives; it is more like a full fledged cellular GPS tracking device from what I understand after reading for 5 minutes.

I’m assuming that this will need a cell data plan for when it’s away from WiFi. That’s the real question, is what network type it would work on in the US, and at what cost.

I wonder if there is a way to receive email in SmartThings, IFTTT? Already been discussed here…

It doesn’t integrate with SmartThings, but my brother has been using Tagg (now owned by Whistle) for several years with his dogs, including 1 who is an escape artist, and he’s been really happy with it. There is a monthly fee, but it has a GPS tracker so you don’t just know that the dog got out of the yard, you know where the dog went. You get a phone and email alert if the dog leaves the home zone. He’s recovered his dog at least three times since using it, so he says it’s well worth the expense.

It’s fully waterproof and very durable. (It has an IFTTT channel, but just for the fitness tracker, not the GPS info, so it’s not that useful yet.) http://www.pettracker.com General Issues There are some other issues in device selection if you’re looking at something to co…

I bet it will be US only!

I bet it will be US only!

I believe the article said its actually coming to South Korea first.

Random! but maybe it will.

Could work well if easy to dock some how to charge it.

“For example, the tag can trigger lights to turn on when a user enters the room”

Room specific triggers? It’s like the holy grail of HA, haha. Just marketing blurb I suppose but would be cool.

Surely for accurate room triggering you would need beacons around the house.

I have seen this setup with Bluetooth but not any other tech.

Surely for accurate room triggering you would need beacons around the house.

I have seen this setup with Bluetooth but not any other tech.

This device has Bluetooth as well, so that might be what it’s using indoors, it’s hard to tell at this point.

As you point out, for microlocation you would probably need beacons or receiving stations in each room. In this particular case, I think the tag itself would function like a Beacon. So it would work in a similar way to the wearable beacons that are available now.

For example, the radius networks radbeacon is used at some conferences for micro location.

The tag currently only works with Android devices

I have had a play with beacons before in a commercial capacity. they are quite accurate. It it did work like that it would be very cool.

Damn I didn’t even notice that line in the article about these only supporting Android. I was excited about getting these thinking of ways to use them and looking forward to no longer having to change batteries out! This sucks, but I’ll never leave iOS.

These are insanely cool!!! They work insanely well too! Our BD guys are already looking into getting them into the ST family too!

These are insanely cool!!! They work insanely well too! Our BD guys are already looking into getting them into the ST family too!

Are they being used for micro location inside the building to tell one room from another? Or just for Geopresence?