I will soon have under-cabinet LEDs. They will be configured like this:

I also have a kitchen island that I would like to add LEDs to. It is wired with two 120V outlets. I cannot run additional wires to the island, but I’m hoping to control both the cabinet LEDs and the island LEDs from a single switch. I think a scene controller might be the answer?

And this for the island LEDs:

Should/can I use something simpler than another full z-wave outlet in the island, since I just need to tap into the current wiring to get power to the power supply?

Any thoughts if this is feasible? Dimming isn’t absolutely necessary. And any other suggestions on how to accomplish this?

Yeah, this is totally possible.

Here’s how I would do it:

Now, whenever the cabinet switch it turned on or off the island outlet will do the same. Note, however, that there is a slight delay when this triggers. Usually no more than a 1/2 second, but there will be a minor delay.

That’st he easiest way to do it. Now for the more complicated options:

Dimming: If you want dimming you obviously need to replace the cabinet switch with a dimmer switch. Likewise you’ll need a dimmer switch in the island. I’d probably wiring up a dimmer switch between the power coming in and the dumb outlet. Note however that this would make the outlet un-usable for other activities… You don’t want to plug in a hand mixer or radio or toaster into an outlet that’s being controlled by a dimmer switch.

Again you’d also need software to “link” the two devices. I think Smart Lighting has dimmer options, but I’m not positive on that. If not I’m pretty sure there are community written apps that will let you link dimmers.

Remote Access: If you want to be able to control these without having to use the physical switch you can use an AEON minimote and the Button Controller SmartApp to turn on or off the lights, but I don’t think you can do dimming here.

If you decide to do this I’d still recommend wiring it up with the switch as I described above. This way if you happen to be at the switch when you want to turn on/off you can do it rather than hunting for the remote.

Awesome, thanks for the quick and detailed response!

You need two controllers like this one to dim the 12V LED strips, one for the cabinet and one for the island: 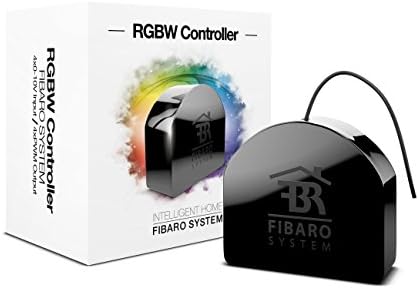 Doesn’t look to be too long before I submit to ST for release. Here’s a quick screenshot of how it looks so far. What you see is: On/Off for Device Brightness for RGB Color Picker with Color Depth (Android verison) Warm White Brightness Quick Toggle Color Tiles (mutually exlusive) Standard fair (refresh, etc.) [image]

Just use one of the four channels. Then get a smart dimmer switch but don’t connect the load and use the “Big Dimmer” app to dim them virtually.

I also have a related question… I’m having a soffit tray ceiling fitted and intend to use some LED RGBW strips for this.

Can I just use a 24v power supply and connect 2x 5m strips?

Being from the UK I don’t have the same choice of lighting, but these should do the job I think? 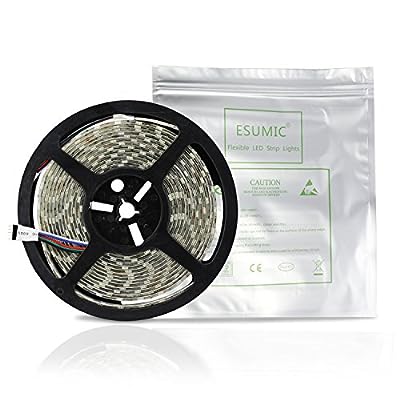 They’re 12v strips so 24v will probably break them… A 12v power supply will suffice but it’ll probably need 4-5 amps (depends on the draw from the strips).

Understood, thanks for clearing that up. It looks like one of the commonly bought additional items is a 6amp power supply, which is up to the job according to the reviews.