I have a new kitchen - and I probably did my pre-wire incorrectly for under cabinet lighting.

I have 12/2 wire (oops, should have used 14/2 but I was out at the time) in three different places all running to a J box. The J box has switchable power which will be controlled by a 120V switch (single wire from the J box switching the power). In the 4 gang box on the wall (which this switch is in), there is a neutral I can piggy back off up to run a smart switch or relay if needed.

I would like the under cabinet lights to be dimmable - but I don’t think this is possible with a dimmable smart switch since it will only work with 120v.

I have read this post here and it seems like it is a bit much!: Under Cabinet Lighting Project has gotten out of hand... Wife is more pleased than expected

Is there any other solution that anyone can think of off the top of their heads without having to build something from scratch? I want to eliminate a ton of wires under the cabinet if possible. At the end of the day, I have two 12/2 wires on both sides of the range, and one on the other side of the sink. It sounds like I will need to have three inverters setup off this common power source. My other fear with that is now I have to have three zwave/ zigbee devices to control the counter lights if I do what the guy in the above reference post did. If I do that - how do I make them all work in unison?

I could possibly run low voltage up a cabinet/ through the ceilling and back down on the otherside and just wirenut / tape up the extra 14/2 wires, but then I would have exposed LV wiring in three cabinets, which I would prefer to hide.

Any suggestions would be great. I will try and take some pictures for reference and post them later.

As a side note, I just moved in after 3 years worth of work - I haven’t setup my network cabinet downstairs and moved my hub from my test environment, but I am extremely excited to setup all of my switches and Heos system to work with the Hub and Alexa!

If all the LV lights are to be controlled as a single dimmable light, then just put a smart dimmable switch or outlet prior to the HV-LV transformer power supply(s).

I’m presuming these are non-LED lights.

Dimming before a transformer may shorten the life of the transformer and/or lights, or cause flickering at some voltage levels, but I’ve personally not had a problem with this configuration.

The diy method was over my head at the time so we used the osram strip lights and just bought a box of various 4wire connectors to run between them. I don’t remember it being that expensive. I put a plug in one of the cabinets to hide the ugly brick. I’m excited to see what you come up with.

Connect to a 12VDC power supply and the lamps to dimmer and control them via SmartThings.

I just did this update after having a new backsplash installed… over the microwaze hood I had an outlet … I was able to fish the wire from under the microwaze and split the power source to feed left and right counter areas. I used a ge outlet to control this side of the counter area. The second counter area was connected to the refrigerator area I got power from that and some small strategically placed holes in the cabinets all the cables are high and tight… these are the kits I used… the cables are an exact fit but slight trimming they work perfectly… this was about 45 minutes worth of effort and great results… 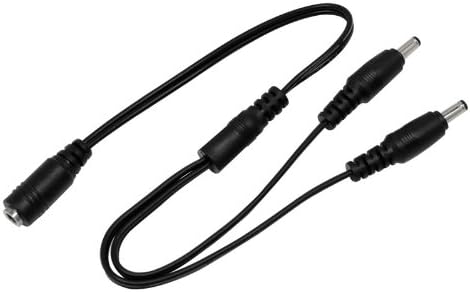 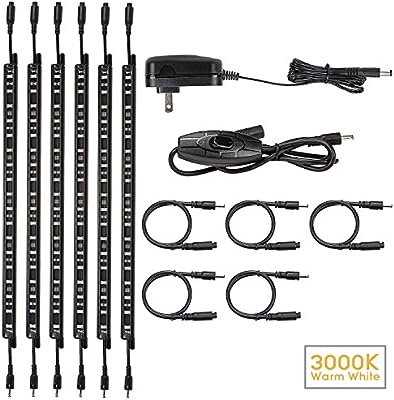 This newly released LED light bar kit featuring plug-n-play quick installation and can be used in multiple lighting occasions, such as under counter and under cabinet lighting, display box lighting, c ... 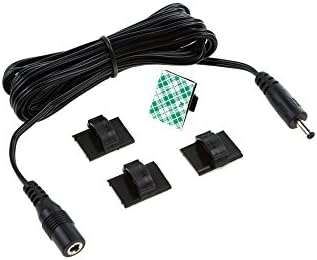 High Quality Extension Cable - Male to Female - for EShine LED Under Cabinet Lighting Extend distance with this cable. You can use it to extend cord of power adapter or interconnect cable length Use w ...

Hi Rich, nice lights, but nothing smart to control?

Hi @chandler789! Thanks for linking my project.

If I have one thing I can say to you about the kitchen cabinet lights I installed, it is this: I wouldn’t change a thing about what I have in there…

That may or may not help you decide which route to go with your project, but I can honestly say I’m beyond thrilled with how the lights turned out, how much light they provide, how simple and easy they are to use and automate, etc.

Can you provide a rough drawing of your kitchen layout, along with where each power wire is in relation to the cabinets, and show what you want to have lit by the circuit?

You can either connect up 120v under-cabinet lighting, starting at about 40 bucks per cabinet for dimmable under-mount LEDs, or you can do low voltage with fixed or dimmable transformers like I ran for my entire cabinet project. Your power lead at each location would tie into a small fixed or dimmable transformer, similar to what I linked at the tail end of the thread you referenced and the output would go to some 12V LED strips (with or without aluminum channels, your call) at each location. You can run multiple transformers from the same power circuit, and they can tuck up out of the way inside the cabinet at each location.

What’s your budget, what’s your end-goal? Do you want dimmable, or full on whenever the switch is on?
Let’s make some lighting happen for you.

Exactly, lights are on/off with a smart outlet on the power source… super dependable and simple… I get a high level of scrutiny from the MRS. for home automation that doesn’t work. I have Alexa control/SmartThings and actiontiles… they dont change color, they don’t dim… :). Honestly most smart lighting isn’t ready for prime time… but the switch and outlets are very dependable.

I will make a sketch on Monday when I am in the office and can scan it in - this way you guys can see what I am working with.

I have A j box in the attic, three different 12/2 wires under three different cabinet areas come from this J box. In the J box there is power from a breaker along with another 12/2 wire which switches the wire on and off. It sounds like the least hassle thing to do, and to get the best results will be for me to use THREE of those constant voltage LED transformers with Zigbee and just install a dummy paddle switch in the on position and only use zigbee to control the three transformers, or I could potentially put a micro switch behind the dummy switch as well.

Thanks for the input everyone. Hopefully a visual will help you guys see what I’m working with better. When I try some things out, I will be sure to take pictures along the way and post my final solution. I really like what @Synthesis did for his solution and may do the same thing or a variation. I’m on the same page - aesthetics is a big deal for me.