[RELEASE] ActionTiles, the homepage for your SmartThings home!

Works for me? Maybe there was a momentary blip?

Was out for at least 5 mins for me but is back now, thanks.

Works for me? Maybe there was a momentary blip?

There are no helpful details, but the same cloud component provider has officially reported that a short “connectivity” outage occurred from about 1235h to 1237h PT.

I’m using a Monoprice Shock Sensor for doorbell notifications. Works well. Earlier today, I changed my DTH from one that called it a contact sensor to one from @RBoy that more accurately, I think, calls it a Shock Sensor. Anyway, it also works great but ActionTiles only shows the battery capability now and my tile that used to show the contact, now shows a ‘?’. I looked to see if there was another attribute (Capability?) to use but there are none.

So, my question is this: Does ActionTiles currently support Shock Sensors?

FYI: We have this reference in our Knowledge Base (FAQ) that is partially relevant here: http://support.actiontiles.com/topics/1038-question-mark-shown-on-virtual-switch-or-other-connected-thing-tile/

Login to your SmartThings IDE API webpage, check under “My Devices”, open the detail page for the Thing, and check this section, "Current States:

What values are show there please?

I’ll presume it has a value for Attribute “shock”.

So, my question is this: Does ActionTiles currently support Shock Sensors?

Capability “Shock Sensor” is relatively new, and ActionTiles does not yet support it.

Timely, though, we are about to publish a poll to ask which of the official Capabilities we should add to ActionTiles next

! (I will update this post with the link to the poll.)

In the meantime, you could modify the DTH to also claim another Capability like “Contact” or “Motion” and concurrently update the associated Attribute, or use a Universal Device Type Translator SmartApp:

This has got to be the sickest DTH ever… The uDTH Ever wished you could turn on a presence sensor with a switch?, or maybe take a lock command and send a motion event? Basically this bad boy accepts these commands: on off open close lock unlock and can turn them into these attribute states: open closed present not present active inactive The following capabilities are presented on the command side: switch door control garage door control lock The following devices are presented on the attribute side: Contact Motion Presence Door Acceleration Illuminance Smoke Water Sound You wire up an instance of this device to two separate apps, and off you go. Add to your repo, and select the device MikeMaxwell : uDTH the repo is owner: MikeMaxwell name: dth [image] [image] [image…

What values are show there please?

There are two: ‘battery’ and ‘shock’

I look forward to hearing about any progress. Thanks!

Bobby @SBDOBRESCU is hosting a little fundraising gesture per below.

Save $1 on your purchase while we contribute $5.00 to this Fund. We love and appreciate the SmartThings Community and wish everyone safety and strength. Products – ActionTiles.com

We all know that a disaster strikes without warning and leaves a trail of destruction in its wake. Hurricane Harvey, is the fiercest hurricane to hit the U.S. in more than a decade and the damage that will leave behind is estimated at tens of billions of dollars, making it one of the costliest US natural disasters. Federal Emergency Management Agency Administrator Brock Long said that more than 450,000 people were expected to seek disaster assistance due to flooding. While authorities still don’t know the full scope of the damage, because the weather conditions are still preventing emergency crews from getting into the hardest-hit place, one thing is sure: no one is thinking about the thousands of dollars that will be lost in home automation equipment, by our fellow community members. W…

Should make the colors of the new Nest into a new Theme choice for ActionTiles? (Color customization is under development already though.) twitter.com/nest/status/90… 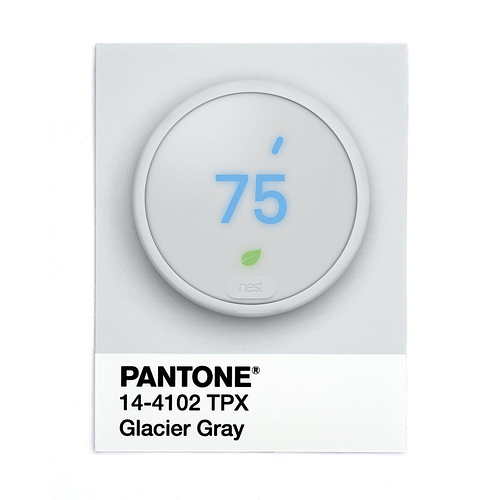 IMHO: I think it would be amazing to match the color scheme; it would blend AT and Nest E side-by-side beautifully!

We have just announced our Labor Day Weekend sale! (Y’all knew we were gonna have one, right?

20% off ActionTiles through Monday 9/4: Coupon: LDSC-20p … Might as well get the party started for ActionTiles too, right?

This is a great opportunity to save on ActionTiles “per Location (Hub)” License purchases. Normally $23.99 USD

Special Note: Assistance Fund for ST Community members affected by Harvey devastation… For each license purchased using this coupon, ActionTiles will donate $5.00 to the charity campaign set up by @SBDOBRESCU, below. Of course, whether you purchase ActionTiles or not, please feel encouraged to look at the fundraising campaign description and drop in a few dollars if you can. And… ActionTiles founder, @625alex, will personally match the ActionTiles…

Well I signed up and I have to say, ActionTiles is simply brilliant - another superb extension of the SmartThings universe. I now have great easy to use (but simple so far) “Lighting” and “Security” panels on a touch screen in our hallway. Even my wife was vaguely impressed and how useful that is! Many thanks.

Even my wife was vaguely impressed and how useful that is! Many thanks.

Thanks for your support and for your effort making useful Panels with our tool!

Share the love and help ActionTiles be enjoyed by more folks by adding a few stars and endorsement on our Facebook “Reviews” page, if you get a chance, thanks!

ActionTiles. 1,508 likes · 105 talking about this. From the makers of SmartTiles comes the next generation... ActionTiles.

Believe me when I says that “vaguely impressed” was indeed a big compliment compared to my wife’s views of some of my earlier home automation efforts! If you could just find your way to adding a “Walk the

” tile, the accolades would be endless.

I shall indeed share the love and all being well, a few of my neighbours will adopt the system too in due course. Just need to get my old alarm system sensors and central heating system connected to ST now…

If your old alarm sensor are hardwired, @heythisisnate has put together quite a nice bridge solution…

Hi Everybody, I’ve posted here and there a few times before about the NodeMCU ESP8266 based solution to connect wired alarm components (door/window sensors, motion sensors, smoke detectors and siren) to SmartThings for under $25. I’ve been promising big updates in the 2.0 release, and they are ready! First, here’s a picture of the latest refinement of my solution, fresh with our new brand name, Konnected: [image] Thanks to the overwhelming support I’ve gotten for this project from this community, I’ve kept working on it. A little more than a month ago, I decided to work on a new version with the goal of making it plug-and-play, so I can make this project accessible to even the most non-technical users. Around the same time, another community member here, @copyninja, approached me with…

Thanks for the heads up and I did indeed look at the Konnected 2.0 system, which is clearly an impressive off the shelf solution which would have worked. In the end though I decided to deploy the ST Anything SmartApp and DH, mainly so I could learn about this new chip and Arduino and also as I can connect c. 20 sensors to a single ESP32 (though multiple Konnected units would have worked too). I have this running now on a bench with dummy sensors (switches on a breadboard) but still need to wire this up to my real sensors and then to ActionTiles.

just dropping into this form, to join the convo. Hope to be able to help/chat and hey Terry!

Hope to be able to help/chat and hey Terry!

Thanks for producing this awesome dive-in video of ActionTiles on your YouTube Channel!

My pleasure! This is a necessity to live! glad to help spread the word.

This is absolutely incredible. Thank you so much, Brandon!

This is absolutely incredible. Thank you so much, Brandon!

Thank you! and no problem.

what would cause the question mark on my tile? Its a First Alert combo co2 smoke alarm. Same as the basement one which is working

What would cause the question mark on my tile? Its a First Alert combo co2 smoke alarm.

In other words, the device probably does not have a valid current state value (confirm by checking in the IDE under My Devices).

The SmartThings App probably assumes it is value of “clear”, of course, but we don’t like to make assumptions…