In other words, without a ground. I am searching around and the variety is confusing so I thought someone here could just say that they have one and it works?

Didn’t we just have this conversation earlier this morning?

A spot where I want a switchable plug doesn’t have a 3 prong outlet (USA grounded plug). And the light doesn’t have a polarized plug (where the two prongs are slightly different so you can only plug it in one way). So the switched plug I bought fails two ways, can’t plug it into the wall, and can’t plug lamp into it. Suggestions?

Why did you start a new thread?

The answer is the same one I gave you already: you’re going to have to look for one of the old Z wave models, where the price will vary hugely depending on whether it’s marked as clearance or it’s being sold as a “hard to find” model.

Or you can go with the Leviton zigbee as long as you confirm that doesn’t have the grounding post.

Anyway, if you are looking for specific model numbers, the discontinued Hawking HRAM1 it’s not a dimmer, but it’s old enough that it doesn’t have a grounding post. I don’t know where you’ll be able to find one, though, but they show up every once in a while. 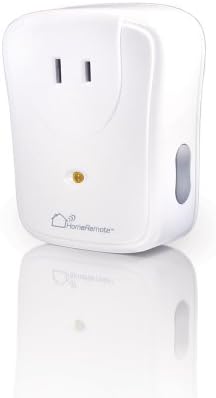 Leviton made a zwave one ( DZPD3-1BW) which has also since been discontinued but is a little easier to find. Again prices vary like crazy and it’s a discontinued model, so shop around. 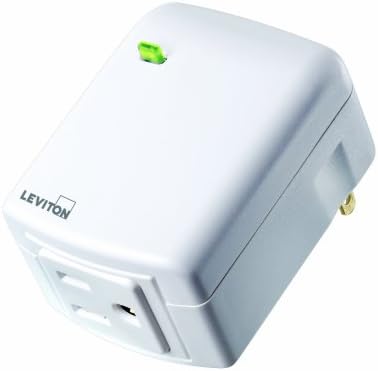 The price on this model will vary anywhere from $80-$80 depending on the seller. You just have to really shop around. You can almost always find it for around $35, but if you want to do better, you have to wait until somebody puts one up on clearance.

Also, please be specific about what you mean by “cheap.” To some people “cheap” for a pocketsocket means $10. To other people it means anything under $40.

And next time, just add to your existing thread. It will pop back up to the top of the forum and people will see it. Too many threads on the same topic make the forum harder to use for everyone. Thanks.

Wouldn’t it be easier to just replace the outlet? I’ll bet there is a ground wire inside the box.

Wouldn’t it be easier to just replace the outlet? I’ll bet there is a ground wire inside the box.

Not necessarily. My 1955 house had a number of ungrounded outlets. We ended up replacing them with dumb GFCI outlets, which gives you local protection for humans and lets you plug in three prong plugs, but don’t give you good grounding for sensitive electronics. That’s to code in my area just because there are so many of these houses here.

Sorry about the new thread @JDRoberts… I guess I wasn’t thinking. When I saw that the one you recommended was not available I thought I should write a focused question looking just for a part# because it’s really confusing looking at all the brands and options, and not being able to be sure whether or not one thing is compatible with the other.

I was thinking the same thing (old house also) and tried to pull the plate (totally painted on) off and gave up when the paint was chipping badly. Decided to fall back and regroup before doing more damage

@mwiseman 's post made me think… You were originally asking about a dimmer, so this is just for a table lamp or a plug-in fixture, right? Why not just use an IKEA Tradfri smart bulb joined directly to the smartthings hub? Can’t get much cheaper than that, and it means you don’t have to worry about the outlet at all.

IKEA - TRÅDFRI, LED bulb E26 1000 lumen, , With a smart LED bulb you can adapt your lighting to different activities, for example by dimming down the light for a cozy atmosphere.You can use the wireless dimmer or TRÅDFRI remote control to control up...