How about some pictures or videos of your setup? Mine is pretty simple. I have a couple of light switches which turn on the porch lights when it senses motion at the front door. Motion sensor is in the upper left side on the ceiling. I also have a couple of Nest Cams, one outside, one inside and a few Nest Protects. 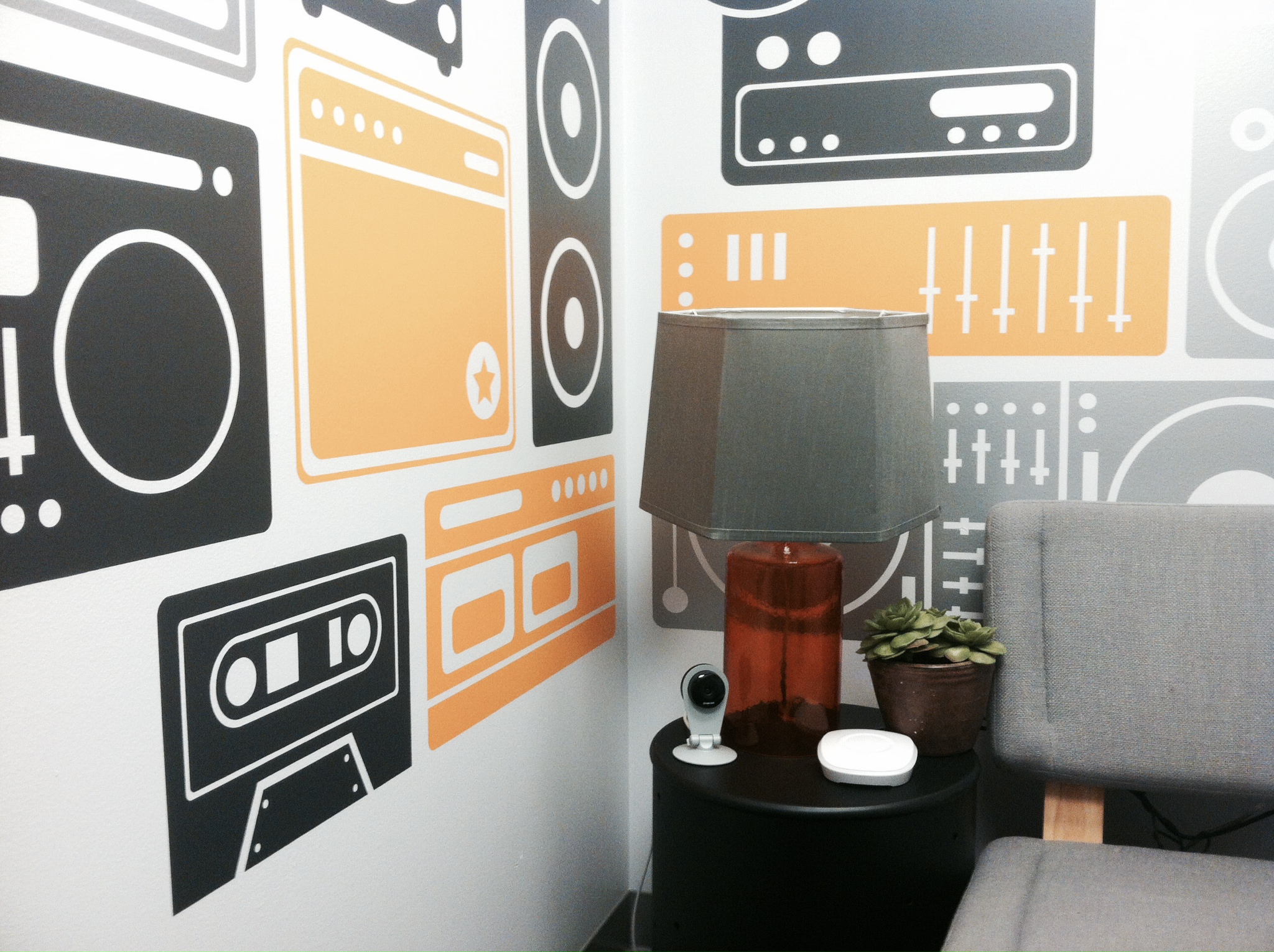 Show Us Your SmartThings!

We continue to be amazed at the many creative, fun, and valuable ways that people are using SmartThings! From the ordinary to the extraordinary, we want to highlight your SmartThings pictures and v…

Yea those seem a little too curated, I want to see the dirty yet functional hacks!

Ok, how about a re-purposed Ecolink sensor turned into a lock/unlock sensor?

What’s it actually sensing? Since the plate doesn’t rotate, a piece of metal that comes close to the reed switch?

@keithcroshaw Look at the second picture really close. Click on it once and then again to zoom in on it. The microswitch is in a closed position because the rotating shaft for the knob has a toothpick glued to it to trip it.

Here’s the device type. It needs just a little clean up, but it works the way I need it to do:

OK, here ya go…
Alexa, turn the fireplace on…

Ha, not what I expected!

Gotta improvise when you’re in an apartment!

Here is my unsophisticated doorbell hack.

@ErnieG How does the doorbell work?

The doorbell itself is a cheap old school button the completes a circuit when pressed. I have it connected the terminals of an Ecolink open/close sensor. When the button is pressed/released it activates the sensor which is registered by ST. I have a tablet running SmartTiles that is in between my kitchen and family room. Using Sharptools and tasker, the tablet receives the button press signal and plays a door chime of my choice (this changes seasonally or with holidays). I also use the Flasher app to flash the lights and I get a Pushbullet notification.

I want to see the dirty yet functional hacks!

I just ran into this thread and it’s great to see the ‘dirty hacks’ people are doing with ST. I posted this back a couple of months which is my story about getting my MacMini to turn on with a push/pull solenoid connected to a ST switch with a voice command to Alexa. I did have to change saying “TV” to “Television” because “TV” apparently became a reserved word. I now have a short video of the whole thing working. I did edit the video to remove the 30 second boot up time of the Mac Mini. I need to install a SSD card one day!

When I got into SmartThings, one of the things that I wanted to do was to automate my media center. My system is not too overly complicated but here’s what needed to happen: Turn off and on certain lights Set a color scene to my hue bulbs Turn on the amplifier Turn on the TV Turn on the Mac Mini that I use to run Kodi (XBMC) Voice activate the ON/OFF sequence Integrate with Harmony Home Control remote Make sure that I have WAF First, I want to thank many developers and coders who came up with device types and smartapps to accomplish my goals. And of course this active community that helped in various ways along the way. The tough part was figuring out how to turn on the Mac Mini that has an electronic “ON” button that requires a physical press to make it work. I decided to go “old scho…