ls there something I’m missing or should be on the lookout for? My attempt at a drawing is below.

Thank you for any suggestions or comments. 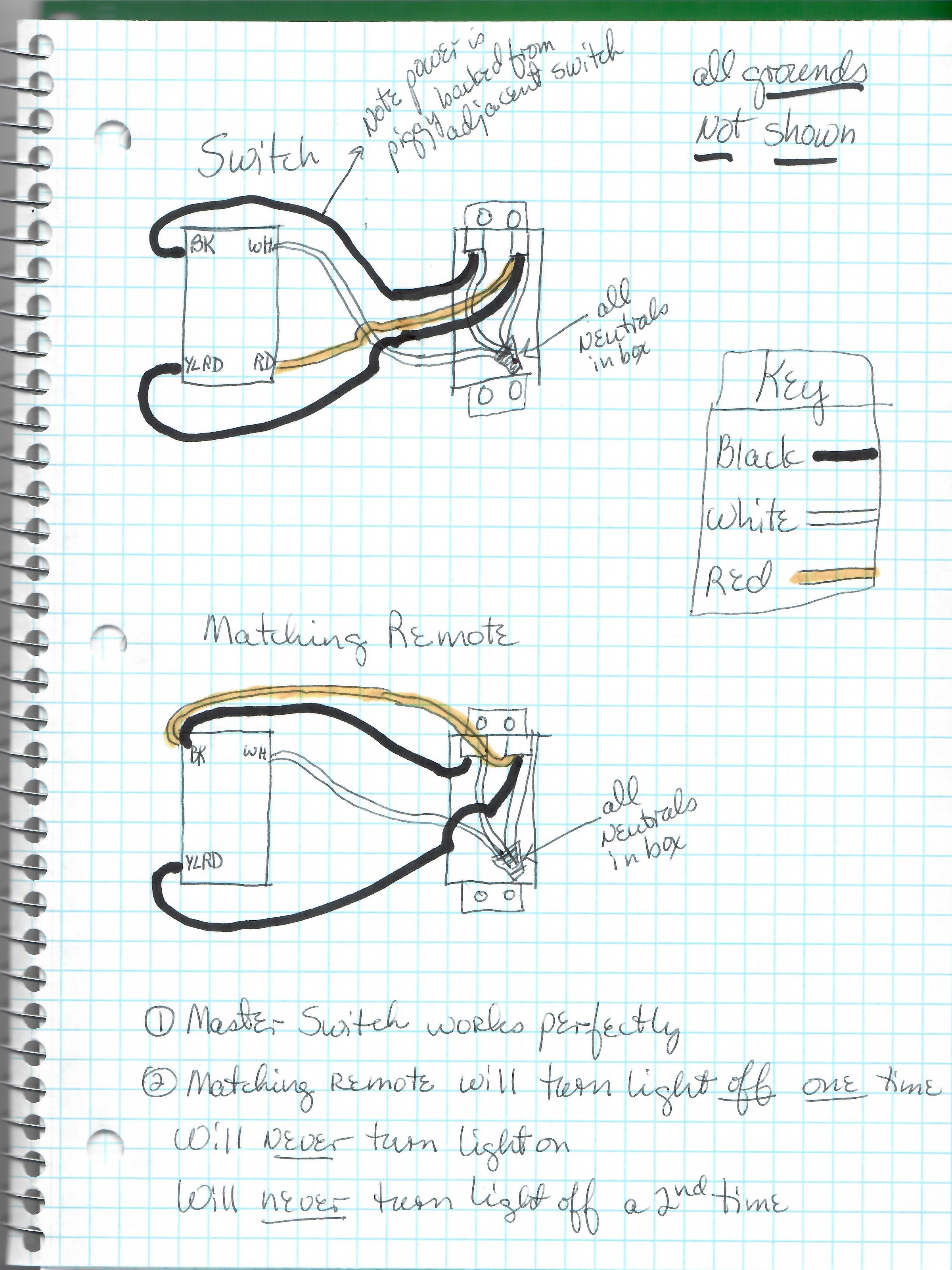 I am experiencing the same issue, did you get this resolved?

Looks like you wired it with the switch and remote in the wrong boxes (which is forgivable, since Leviton doesn’t label the line and load wires) and then, with that not working at all, changed things around until, at least, the master worked.

If your line and load are coming into the same box (and your remote box only has the one set of wires going out to it), it’s pretty obvious that the master goes into the box with the main wiring. However, when your line-power and load are connected to separate boxes, then it’s not very clear which goes where… but the remote needs to go in the box with line-power and master goes in the box to the load.

So, from your diagram, the tying of black to red on remote’s BK terminal is appropriate… you’re just doing it at the wrong box. You need to do that at the box with the line-power. Then, at the other end, you need to deviate from your diagram in that red wire goes to BK and load’s black goes to master’s RD.