I just bought the POPP Zigbee thermostats for all my radiators in my apartment but there must be something that im missing or something wrong. I can see the current temperature of the thermostat and that’s it. Shouldnt there be some settings to manipulate of some sort? What am i doing wrong? 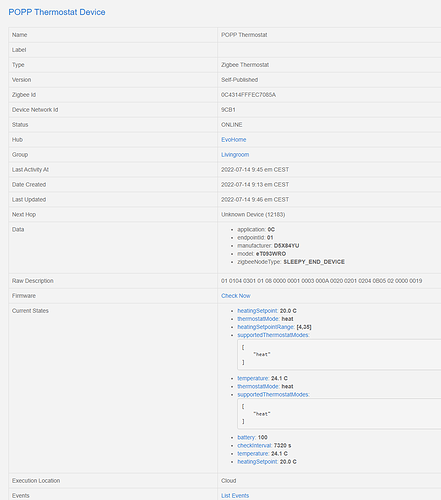 The device in Smartthings

It is probably related to the issues with the latest Android app.

Like it was introduced in the previous version, the switch ‘TICK’ sound when toggling anything On/Off is still there in this version no matter how the Android settings for sounds are configured, except for MUTE of course. They obviously need to make this ‘TICK’ sound setting internal to the SmartThings app since it doesn’t respect using the Android settings toggle on all of my Samsung Android devices that I have.

I have a question. When you added the device to ST, was the Device Type listed as “Zigbee Thermostat” or “Placeholder” in IDE?

It gets added as a Zigbee Thermostat. I have been trying a couple of custom device handlers aswell but they are still acting as complete bricks.

I contacted POPP via their website and got this response so I guess they’re working on it. 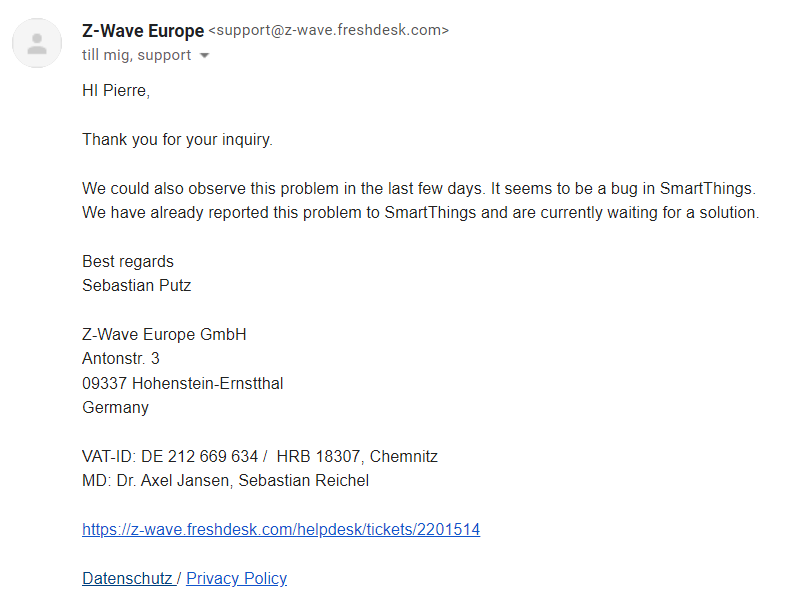 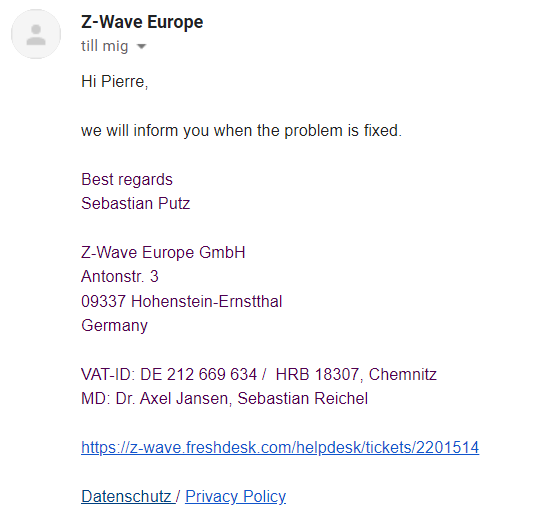 I have the same problems with my POPP Z-Wave Thermostats and asked POPP and they responded with the same answer. Thought the zigbee version would work better and bought one - wrong. Same problem with them too. I also asked them about edge drivers for the thermostats and they said (translated from German):

Unfortunately, I can’t tell you yet whether there will be an Edge driver for this device. The whole thing is currently still in the beta phase, so Edge drivers are not yet officially available.
In order to be able to officially bring in drivers, it is necessary to register your driver at SmartThings and have the driver checked. It is not yet clear how this will work in the future.

Got this response from POPP. I followed these steps and it certainly made things better but my hunch is that there is still something not quite right.

SmartThings. Add a little smartness to your things. - URL from screenshot below 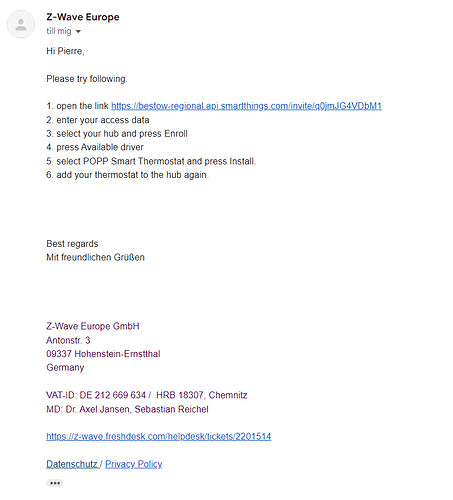 This is how one of the thermostats look in IDE. No device handler or connection or anything. Is that handled by the custom driver which POPP linked in their response? 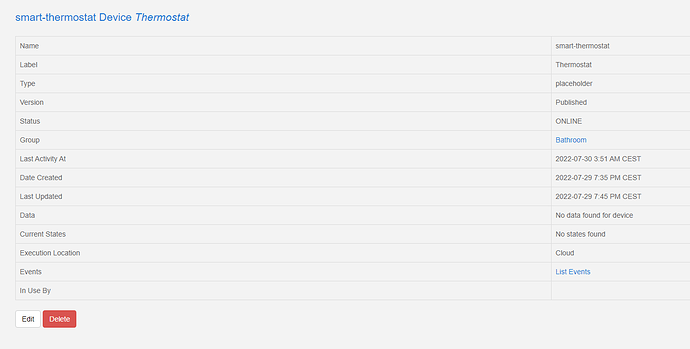 Yes, any device with Placeholder in IDE is using an Edge driver or cloud to cloud integration using the new architecture. You can’t edit those in IDE. IDE is basically for the legacy groovy platform that will be shut down when the migration to Edge and LUA is complete.

After you follow the instructions they sent you, open the device in the ST app, click on More (3 dots in the upper right) and tap Driver from that menu. Then tap on select different driver to select the new Driver you enrolled to in their instructions.

Allright, my assumption wasn’t too far off then, thank you for that valuable information!

I have done as you explained, even tried another driver just because of curiosity but it ended upp showing “Offline” on pretty much every single sensor and setting on the device except the actual device itself.

However, with the right driver my suspicion is still that there are some minor details missing, or it could just be me speculating too wildly regarding the customization options on this thermostat.

In the marketing for this particular thermostat, POPP has used the “open/closed” sensor for adjacent windows/doors in their marketing but there is no way to make use of it besides the promised function of not putting the radiator on full blast when this occurs. My expectations may be way too high in this regard so please correct me if Im way off base here but I imagined that i could use this sensor in IF/THEN automations, like if it can sense that the window is open and correct itself accordingly then why not remind me after 2 hours that the window is still open if that is the case? Couldnt these sensors be used to detect an intrusion also? I do realize that they would be too inaccurate to be used as the backbone of this alarmsystem, but they should be fine as a supplement to regular motion- & open/closed sensors right?

In the marketing for this particular thermostat, POPP has used the “open/closed” sensor for adjacent windows/doors

This model doesn’t have a real open/close sensor. Instead it assumes that any sudden drop in room temperature means a window was opened. That’s a very limited feature for multiple reasons. And it definitely can’t tell you “the window has been left open for two hours” because it’s all about the sudden change. After about 20 minutes of being left open, the temperature will no longer show a change, so this device on its own won’t know if the window is open or closed at that point.

It’s also pretty useless for intrusion detection because it can take about 10 minutes of the window being open before the change in room temperature is detected. And if the intruder happened to close the window again after they entered, you’d never get an alert at all.

There are many different true open/close sensors available that work with SmartThings, so you could definitely create automation rules based on those devices, including “left open” checks, but it would require using additional devices.

That they don’t have a actual open/close sensor i already figured but I didn’t realize they were that rudimentary. The temperature change I already assumed correctly but i thought it was supplemented by a for instance a humidity or airpressure sensor to be able to discern the open/close events more accurately. I have obviously not read up well enough on this device as is often the case with spur of the moment purchases but they seem to be on the right track for now atleast. WIth that in mind i agree with you wholeheartedly that these thermostats are literal bricks when it comes to home monitoring.

I already have a couple of those close/open sensors that split and they work like a charm, the one and only thing i can complain about regarding them is that they begin to appear offline in Smartthings if they haven’t been activated in a couple of hours, but they come online as soon as you give them input so i would classify that as a rather minor issue compared to the formentioned thermostats or the Danalock V3 that is currently installed on my door but doesn’t have a reliable enough connection to the hub to let me leave my actual keys at home.

Thanks for your time and input guys! I’ll mark my previous post that contains the instructions from POPP as solution and drop an actual clickable link there instead of only the screenshot.