Phone as Presence Sensor w/o Access to SmartThings App

I poked around for this, and I think I know the answer, but want to confirm. Now that Life360 integration will likely end with the end of Groovy, I’m looking at using my phone and my wife’s phone as presence sensors. She has the SmartThings app, so it probably shouldn’t be an issue. However, I have a stepson for which we track presence when he’s home from college. Is there some way to track his presence in SmartThings without giving him access to the SmartThings app? I don’t want him messing with my setup or turning things on when I don’t want them on (e.g., his AC upstairs). Can this be done? Thanks.

Sure, several options depending on the type of phone he has and whether you have a smartthings hub or not. And what country you’re in.

If he has an iPhone or you don’t have a hub, let us know and we can discuss other options.

I guess I should have mentioned what type of phone he has. And whether or not I have a hub. Sorry. Anyway, I have a v2 SmartThings Hub. He has an iPhone 13. Will the Edge WiFi driver work? Presumably, I install that on my phone and not his. I could possibly put IFTTT on his phone, but it would be easier if I could avoid that. Thanks.

I guess I should have mentioned what type of phone he has. And whether or not I have a hub. Sorry. Anyway, I have a v2 SmartThings Hub. He has an iPhone 13. Will the Edge WiFi driver work? Presumably, I install that on my phone and not his. I could possibly put IFTTT on his phone, but it would be easier if I could avoid that. Thanks.

With an iPhone, if you also have HomeKit ( you need an Apple TV or a HomePod mini to act as a hub) you could set up a HomeKit home that has only one device in it: an inexpensive Meross smart plug.

Then you use Apple’s built-in presence to turn on the smart plug, and smartthings will recognize the Meross plug turning on. He will not have any access to smartthings.

THE PROBLEM Beginning in mid 2020, some users reported that presence on iOS phones and tablets no longer worked reliably to trigger smartthings routines because the smartthings app wasn’t always open in the background. Typically as soon as they opened the smartthings app it would work again. At the same time, if they were just using the phone’s presence in native Apple features, including HomeKit, presence worked fine. and sometimes ST presence would work fine for one person in a household but not another, even if they had the same model iPhone.

Hopefully eventually the two companies will get this straightened out and iOS presence will work universally in smartthings again, but in the meantime, if you want to, you can use a physical device which is visible to both HomeKit a…

Or again, you can use Ifttt. 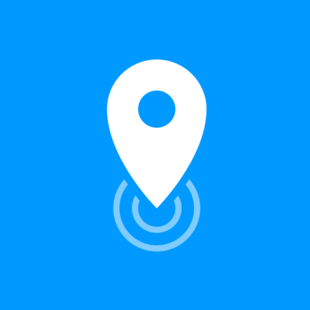 You can even combine these two and use IFTTT to turn on a Meross smartplug, and again, then he won’t have any access to any of your SmartThings information. 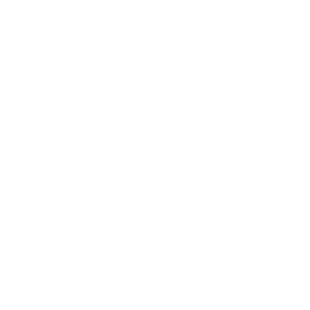 Will the Edge WiFi driver work? Presumably, I install that on my phone and not his.

Edge drivers install in your hub, not the phone.

Your Wi-Fi router knows when a device connects to it, and the edge driver is using that information. The problem is that iPhones have some security options which don’t let the router capture the same coming and going information as reliably as it can do with an android phone. So you could install the edge Wi-Fi driver, but it might not see your stepson‘s iphone.

I don’t think that method has its own thread yet, @taustin is the author.

IFTTT also works with some brands of routers like Asus and Google, and I think a few others. You can set it up so when your stepson’s iPhone connect to your wifi, it turns on a virtual presence sensor, and off when he disconnects.

I set this up for my mom’s iPhone because she was annoyed with the lights turning off and the heat turning down when she’d come over to babysit. Now her presence is built into my automations with no apps required on her phone, and it’s just as reliable (probably more reliable, now that I think about it) as the presence sensing built into the ST app.

Do you have more information about this? It sounds like this could replace my IFTTT setup, if it I’m understanding you correctly. Normally I’d search, but probably no point of it doesn’t have it’s own thread. TIA.

Do you have more information about this? It sounds like this could replace my IFTTT setup, if it I’m understanding you correctly. Normally I’d search, but probably no point of it doesn’t have it’s own thread. TIA.

Here’s the link. Remember that this method is more reliable with android phones.

@sdgood. It does work for iPhones, just not as reliable as for Android.

I can confirm this with Android. I’ve found this veru useful. Although few glitches here and there, I’d say this is reliable, but not 100% yet.

Thanks for everyone’s suggestions. I do have all of TAustin’s Edge drivers installed on my Hub (not my phone :-)). I will check it out. I don’t have Apple TV or HomePod Mini, so that option probably won’t work. I can get 5 free applets on IFTTT, so maybe I’ll get him to install that on his phone. Appreciate all the suggestions.

she just needs to turn on using phone as a presence sensor, right?

Yes, if you want SmartThings to recognize her location, you’ll need to do that. Be aware that my phonpresence app is independent of that. It tries to determine if a phone is connected to your home network or not and keeps a presence sensor in SmartThings updated.

I looked at the phone presence app Github page. We’re getting a bit beyond my expertise, but thanks for the suggestion.

So far, I think IFTTT might be the easiest thing so far. If I install IFTTT on his phone, how does that connect with my SmartThings to turn on a virtual presence sensor (I already use several virtual sensors). Thanks.

So far, I think IFTTT might be the easiest thing so far. If I install IFTTT on his phone, how does that connect with my SmartThings to turn on a virtual presence sensor (I already use several virtual sensors). Thanks.

There’s a smartthings IFTTT channel, so You could just use that, but then he would have access to your other smartthings devices as well.

So another option again is to use an intermediary.

The Location service allows apps and websites to use information from cellular, Wi-Fi, and GPS networks to determine your approximate location. This means you can: Have the lights turn on when you...

Now you can see his presence in the smartthings app, but he will have no access to the ST app or your other devices.

Just to clarify, using the method I use, you don’t need an app on his phone, but you do need a compatible router (a quick search on IFTTT shows Google Wifi, Asus, TP-Link and some D-Link routers as compatible). You would create an IFTTT account and add your router and your ST account to them. Then create two applets:

Because you’re linking your router, your ST and your IFTTT, he won’t have access to any of it, and won’t need to do anything on his end. In theory you could even do this without telling him, but, you know, ethics and all that…

Ok, I’ll check this out. I have an Orbi router, so I’ll see if it’s compatible. Thanks.

I think I have figured out yet another way to handle this. Life360 sends a notification to my phone whenever a family member leaves or enters the Home geofence. I can act on this using Tasker & AutoNotification. When I get the notice, I can have Tasker send an HTTP request to SharpTools to turn on a virtual switch for my family member. I can set up other SharpTools rules to do things depending upon whether or not the virtual switch is on or off. Neat. This way I don’t have to mess with my stepson’s phone.

By the way, I emailed Life360 to ask if they are going to do something about the loss of the Groovy connection between SmartThings & Life360. I was told that Life360 during the next year (however long that means) is revamping/restarting its connection to IFTTT, which will be the way that Life360 can connect to SmartThings. As I understand it, Life360 used to have an IFTTT channel, but it went away in December 2020. I gather that this channel will be resurrected. So, some hope for those who use Life360 as a presence sensor in SmartThings.