Is there any plans on connecting the Lutron Smart Bridge Pro to SmartThings? I think this would go along way. The smart bridge pro has dimmers, switches and RF remotes to control lights and shades. I know that there are other already SmartThings dimmers and switches, but Lutron is a leading manufacturer in the world for dimming and switch technology. In 1959, Joel S. Spira, who founded Lutron Electronics Company in 1961, invented the first solid-state dimmer, which switches the current on and off 120 times per second, saving energy and allowing the dimmer to be installed in a standard electrical wallbox. If your like me you’ll want the best for your house. Also, if you know dimmers and the technology behind it, not all dimmers are the same and work very differently depending on what light bulb you use. I know that Lutron has gateways into their system or vise versa because they work with Honeywell, Nest, Logitech Harmony and IFTTT. I would really like to keep tabs on this if it’s in the works.

The main purpose of this post is Lutron being Apple-Homekit enabled. SmartThings needs to get Lutron to be SmartThings enabled. As I’ve mention before if you wanted quality switches Lutron is the way to go. The comparison would be its the BMW or Mercedes-Benz of switches.

HomeKit allows Internet of Things devices such as thermostats and light switches to be controlled manually — or through voice activation via Siri — by means of an app on an iPhone, iPad or even Apple Watch.

HomeKit was introduced with great fanfare last year, and is a competitor to Google’s growing selection of connected products anchored to its acquisition of Nest.

USA TODAY
Your connected home will be cooler than ‘The Jetsons’

The first five companies to launch HomeKit-enabled products include Lutron, iHome and Ecobee, maker, respectively, of lighting and shade controls, smart plugs and thermostats. Another gadget, Elgato’s Eve, captures and relays information about a home’s air quality, temperature and energy consumption. And Insteon’s Hub aims to serve as a brain monitoring everything from climate control to garage doors.

“We were looking into (making connected products) when Apple announced HomeKit, and given their similar commitment to providing a great customer experience we decided to go this route,” says Matt Swatsky, Lutron’s director of product management, who says for the moment only the company’s Caseta product will be HomeKit compatible.

Swatsky adds that the year-long gap between the announcement and product launch was due to “hardware changes that were needed, as well as new software.”

Apple is expected to announce more such HomeKit-connected products at its Worldwide Developers Conference in San Francisco on June 8.

Light-switch maker Lutron is among the first companies to make Apple HomeKit-enabled devices available to consumers. (Photo: Lutron)
The Internet of Things is a hot topic for tech companies and developers alike, with some 25 billion devices expected to be connected by 2020, according to Gartner. Obstacles to IoT’s rapid adoption include the ongoing debate about communication protocols, or what technical language these objects will use to communicate with each other seamlessly.

At a recent connected-home conference in Silicon Valley, Nest executive Mike Soucie suggested that tomorrow’s home will leapfrog that of the futuristic cartoon family, the Jetsons, by virtue of our machines’ ability to intuitively know what we want them to do, as opposed to being directed by remote controls.

Yup … just read this announcement today and thought the same thing: i.e., if Lutron can work with Apple Homekit then, SmartThings is definitely in the realm of possibility.

The problem is: Who initiated this partnership (Apple or Lutron)?

Best I can tell, it was Lutron.

SmartThings is “small potatoes” compared to Apple. Lutron has very little incentive at this time to expend effort to integrate with ST.

This thread is for products which have already announced they will support Apple Homekit technology. Ecobee just announced itself to be the world’s first smart thermostat to support it. They are also offering 20$ off for now till June 21. Update: This may be confusing though. The newer ecobee3 (yet to be launched) which will hit the market will have the support. This will be very disappointing if the older ones do not have an upgrade path. BTW, this is what they have to say: “We are working on an upgrade path for current ecobee3 customers. In the meantime, your understanding is correct that due to hardware requirements from Apple, the current version of ecobee3 us not upgradeable to be compatible with HomeKit. Unfortunately it is not as simple as a firmware upgrade from our end.”

In order for ST to work directly with Lutron, an additional antenna would be required. Not impossible for the V2 hub, but there haven’t been any planned integrations announced, with Lutron or with HomeKit.

It looks like a ST / HomeKit integration might allow for a way to fold in Caseta devices, at least, so maybe some day.

Meanwhile, there are some ST competitors that do have direct Caseta integration, so if that’s a top priority for you, you could look at those.

In order for ST to work directly with Lutron, an additional antenna would be required. Not impossible for the V2 hub, but there haven’t been any planned integrations announced, with Lutron …

Integration via the Caseta Bridge would be sufficient; but if the Bridge doesn’t have an open API (i.e., unlike the Philips Hue Bridge which does have an open API…), then Lutron would need to open up in agreement with SmartThings.

Wouldn’t say SmartThings is exactly small potatoes, since they are owned by Samsung.

Lutron can always open and API for SmartThings, should only be a firmware update.

You’re very optimistic… Unfortunately, the likelihood of these closed-API integrations is completely random. SmartThings integration with Nest is still unofficial, even though they have an open-API.

I would suggest that Lutron customers put pressure on Lutron to open up their Bridge API, as then a 3rd party “Community” developer could create the integration.

I think the most valuable piece of their Lutron Caseta Wireless line is the Pico Remote Control.

It has the best form factor, very inexpensive and attractive. Two wire connection is a bonus too.

But I really don’t like the actual wall dimmer switches, they are not at all agronomic.

The older (non connected) switches are fantastic, in my opinion:

Alex, the one pictured and its variations are some of the switches (all dumb) that I bought last weekend and trying to figure out how to replace my vintage switches… Mostly rotary switch/dimmers. First I have to figure out the breaker panel as they are not labelled. This weekend… They are certainly good looking.

I didn’t open them coz may be I get lucky to find some wirings which supports zwave switches without running extra wires. No clue as such as to what I am doing.

If Lutron is compatible with IFTTT, you coils technically use virtual switches and rules to turn on the Lutron switch represented by the virtual switch. I’m not sure about the dimming, but basic on and off could be accomplished.

So this site is claiming Smarting is compatible with the Lutron Casetas Hub… I wonder how this integration works and if you can control Z-wave dives via siri through Casetas then through Smartthings… Anyone this yet?

looks like you would have to send the commands through IFTT… so annoying why isn’t there ONE solution for everything. I have run out of ports on my router I need a separate router just for all the dang hubs, Smartthings, MyQ, Phillips Hue, Sonos, Harmony, Drop Cams, it looks like you could launch a damn space shuttle from my media cabinet

what is the link to the site?

Sorry I went off on a rant and forgot the link

That site counts any two things with an IFTTTT channel as “compatible” even if they aren’t. And makes some other errors as well. Great idea for a site, but not that useful in practice.

As far as having lots of “hubs” to bridge different equipment, personally it doesn’t bother me. Most of the time the only issue is needing to add a switch to have enough ports.

I recently finished a SmartApp that also allows a rooted Wink Hub to function as a bridge: 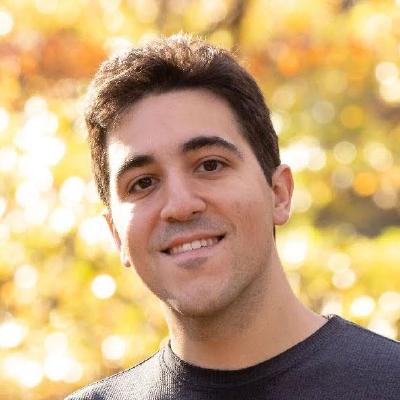 It currently has support for Pico and Caseta.