I’ve been banging my head lately trying to find proper LED/CFL dimmable z-wave wall switches and outlet modules that work with SmartThings. One of the things I’ve come across in my search is that Lutron has launched some great dimmers that tout LED/CFL support. Unfortunately though, these dimmers are on their Caséta wireless protocol rather than the existing z-wave, zigbee, etc.

On top of that, Lutron’s Caséta switches come with a handy little remote that you can leave on a tabletop or whatever. This would be perfect for a guest bedroom where guests often don’t fully understand how to operate smart lamps, etc.

Here’s more on Caséta for those who haven’t seen it: http://www.casetawireless.com/

The biggest bummer is that Quirky’s new Wink system and hub has Caséta support in addition to everything SmartThings supports. Are there any plans for SmartThings to support Caséta? If so, I assume this would require a new hub? or at least having the Caséta bridge in addition to the SmartThings hub.

If so, I assume this would require a new hub? or at least having the Caséta bridge in addition to the SmartThings hub.

That’s correct. I’m also looking for wall dimmers that work with LEDs. Someone here mentioned they had success with Linear.

I’ve been outfitting my home with LEDs and zwave switches. This has been my strategy:

Used the lowes iris z-wave switches for on/off. These are the same as the GE 45609 switches but in lowes iris packaging (and about $10 cheaper).

Used linear wd500z1 for my dimmers.

It was important to me to have the on/off switches and dimmers look and operate similarly once installed. I didn’t want to mix and match switch styles as I prefer a more uniform look.

The GE’s and the Linears look near identical in a dual gang box. The only difference is the Linears have a clear air gap switch and a green led indicator light. I have the led indicators turned off so they are very very close. Also, both of these switches look and operate like a normal decora light switch so guests won’t have any trouble turning lights on and off.

I’ve got 95% of my home running on LEDs. Mostly cree 60 watt replacements and philips br30 and br40 LEDs in my recessed lighting. These switches run them perfectly. The dimmers sometimes cut off at very low levels (think 5%) but it’s hardly noticeable.

SmartThings didn’t have any trouble finding and pairing these switches. It took longer to install them in the wall than it did to pair with SmartThings.

This is just me, but I’d pick a more open standard such as z-wave over a proprietary standard such as caséta. Granted I haven’t done much research on caséta, but I could get a z-wave switch from any number of makers where I’d be locked in to Lurton if I went the caséta route.

Thanks for the tips, engelwood! Does Linear make an outlet/lamp module that can dim LEDs? That was one of the things that had me really interested in Caseta. Especially with the extra remote that they came with.

No prob. (I deleted my post on accident due to my fat fingers. Flagged it so hopefully a moderator can restore it.) 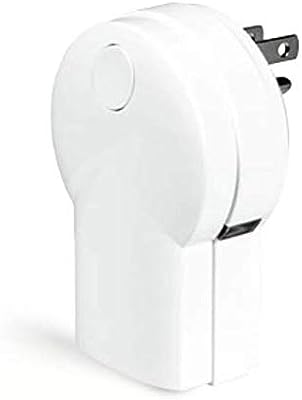 +1 on the Linears. I have a bunch of them and they work flawlessly with our LED bulbs. Amazon has them pretty cheap as well.

@englewood - does the smart sense work on the Linear dimmer plug-in? I assume you flick the switch on the lamp twice to get it to turn on?

I’m having a hard time seeing how the Linear PD300Z-2 is different from the GE/Jasco 45602, which is advertised to be for incandescent only. Where did you find that it apparently works well with dimmable LEDs? There’s no 40W min load for reliable dimming?

I’m assuming that it’s because the GE 45602 does not use a neutral wire (at least the previous models). This requires the dimmer to pass a small load through the bulb. Many LED bulbs will remain on or flicker due to this small load.

Not sure if anyone has recommendations for LED bulbs for the GE dimmers.
I have a GE dimmer, and I can only use it with incandescent bulbs. Maybe I’ll replace it with the linear model so I can switch them to LED bulbs if there is no other bulbs on the market that will work with GE.

Only downfall that I’m seeing at the moment to the linear wd500z1 is that they use the same wireless connectivity for a 3 way setup. Currently SmartThings does not support that wireless association yet. I’ve got this same issue with my Evolve dimmer. Until they fix that, I have a switch that does nothing.

If you get an Aeon MiniMote, you can do the association. Yes, it is a extra device, but I use it for other things, like changing modes from bed, so it was a great addition to our system.

Oh really? That’s excellent news! Any chance you can share the code for doing that with me? I actually have a zwave remote on the way (ordered it with my Almond+ router).

I bought a linear plug-in and it works fine with one cree 60watt equivalent in a table lamp.

I don’t have any experience with the GE plug in dimmers, though there are two people here that talk about them working with LEDs: http://www.amazon.com/lights-controllers-resistance-type-bulbs-LEDs-/forum/FxQQ52PZ7MKQ8L/Tx279RWCC85ISF0/1/ref=cm_cd_ql_tlc_al?_encoding=UTF8&asin=B0013V6S0Q

No code needed. You use the remote to directly associate the two switches. The Linear 3-way switch instructions explain it. It is done independent of ST.

I tried to use the Caseta dimmer before I got into HA and I gladly dropped it in favor of Evolve (Linear) dimmer. I really disliked the Caseta dimmer because the buttons are too small and too close together. It was hard to hit the right button without looking at the switch. On the other hand, the small and cheap remotes are very handy.

I love their previous generation dimmers with remotes. They have smaller paddles for dimming, but the actual switch button is full size. Unfortunately they are not rated for LED, although I never actually tried.
http://www.homedepot.ca/product/maestro-ir-remote-control-dimmer-in-white/971409

Stupid question, but I’m going to ask it. If I don’t have one of the minimotes yet, can I use my GE 45601 z-wave remote to handle the association?

Does it have an associate button on it? Not familiar with it? if it has the button, I bet it will work. Did you check the GE manual?

Not that I’ve noticed, but I’ll check the manual. Thanks!

FWIW - I bought the GE 45602 outlet module (that seemed identical to the Linear PD300Z-2 that was suggested) and it’s working perfectly with an LED bulb. I started a conversation about that here: GE/Jasco 45602 Outlet Dimmer Module

I also picked up the Lutron Caseta Dimmer. Was attracted to the mini remote and the Wink promotion. Didn’t realize it would not be natively supported by SmartThings but with the promotion I got the Wink hub for 99 cents. Have yet to figure out how to integrate the Wink ecosystem in ST. Anyone have experience with this?