At one of my location, I have a ST V2 that works without any issues.

I just recently got another house to setup and with ST V3 out of stock everywhere, I went ahead and bought a used ST hub V1. Setup went without any issues and things seem to be going fine (but only have 4 sensors currently).

So my question is if there is any major difference from the V1 and V2 or even V3 Hub Variant? I know V2 has a built in battery but I have my V1 hooked up to a backup UPS. I would be most concerned about functions, speed of response, security lacks, or compatibility for add ons?

Just wondering if it would be worthwhile, once V3 comes back in stock, to change out my V1 hub and go thru the trouble setting up everything again.

the v1 hub is no longer receiving firmware update and hasn’t for quite some time … so for that reason alone, the v1 may not be the best choice.

there has been indications that the new aeotec rebranded v3 hub may be available within a few weeks.

if in the US, the listing is showing on Amazon but listed as currently unavailable. so, keep watching 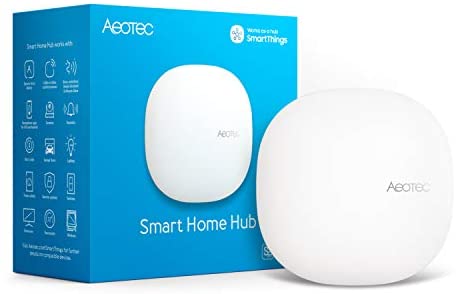 I agree with @jkp the firmware thing is personally a showstopper for me because od security.

V.1 cant take any firmware for features including:

Zigbee 3.0 support
32. X firmware moved device health into the hub making it more stable and added the ability to change Zigbee channel without a factory reset
34.x moved a lot of Rules API local in prep for…
35.x will enable local control for specific devices in built-in automation.

They’re currently ripping a bunch of old code out of the firmware and adding new to enable features… They diverge a little morr almost literally every week now.

Thanks everyone for the info. I think I found a used V3. Do you know if the V3 needs to have the hub unlinked/removed from the previous owner email and does it need a welcome code?

These two issues made it difficult with the V1 to get and the hub unlinked to the old owner.

Also, looks like there is a Samsung wifi version hub. Are these any good compared to the V3?

I’m very much not a fan of the combined WiFi device and the WiFi Mesh devices.

And (purely my speculation - no inside info here) for those people who’ve seen me list these before I have since added a 3rd reason: