Is anyone not currently having problems?

If Terry is asking for it, to jinx his system, then there it is…V2 here no issues, 150 devices…East Coast, shard 01

Been waiting for support on this…
I was going to my brothers whole house based off of SmartThings but we had to cancel everything yesterday.
So broken…

No trouble here. All my devices are working correctly.

How can you identify which shard you are on?

How can you identify which shard you are on?

I had to give you a like here, because I am already one of the four out of 430 people who accessed your link …and gave you a like…

But I have to ask…

useless on ST. How does it just randomly stop working after 1.5yrs of no issues??

Not a single problem in 18 months??

Are you in a version 5 hub? Cause I call a little bit of inflation on those numbers

There is definitely a platform issue that is causing problems. I have had several reports from various users. I haven't had time to fully troubleshoot, but one thing that seems broken is commands returned with response() are not being processed. For example, I have a multichannel switch that sends a SwitchBinaryReport when either physical switch is toggled. My handler, when receiving this report, sends a switchBinaryGet to each endpoint to find out which one has changed. def zwaveEvent(physicalgraph.zwave.commands.switchbinaryv1.SwitchBinaryReport cmd) { logging("SwitchBinaryReport ${cmd}", 2) def result = createEvent(name: "switch", value: cmd.value ? "on" : "off", type: "digital") def cmds = [] cmds << encap(zwave.switchBinaryV1.switchBinaryGet(), 1) cmds << encap(…

I am seeing an issue. Not sure if it is Z-Wave specific or bigger than what I am reporting, but there is definitely something going on.

Thanks!! I gave you a like for each response. I also told two new people about ActionTiles today.

Currently working with ST support.
Seems like the only switches that are not working are the GE z-wave (12722) switches.
90% of the time they are completely gone from SmartThings. They will register as on or off accurately in the app but they are unable to be controlled by the app. If I restart my hub, they work for a few hours but eventually stop. 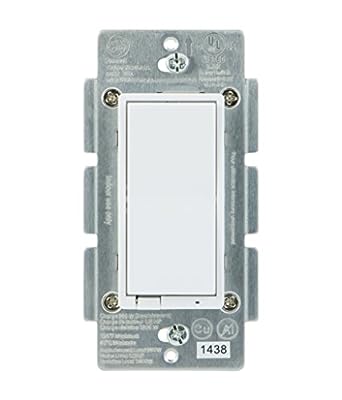 Transform any home into a smart home with the in-wall GE Z-Wave Smart Switch. The switch enables you to wirelessly control to turn lights on and off, schedule a timed event or create a custom scene fr ...

Currently working with ST support.Seems like the only switches that are not working are the GE z-wave (12722) switches.90% of the time they are completely gone

You have zwave ghosts. Run repairs. Identify where your zwave network stops. Ask support to help you find the orphans. Don’t let them persuade you that is a platform wide issue. It is not…

90% of the time they are completely gon

Have you removed any zwave devices without properly excluding them? If you excluded any devices, add them back and watch logs to ensure proper exclusion is performed. …thats how orphans are created…and will kill your mesh as you describe

Yeah - none of tha really applies to me.
My setup has been untouched for about a year.
Then they did “updates” about three weeks and all these problems start.

So close to calling it quits. ST support has been fairly useless and unresponsive. Takes them about three days per response. Might start getting everything ready for a fire sale, can’t believe how you can go from no problems to constant problems. So frustrating and useless…

So right now none of my z-wave or zigbee devices are working.
Nothing shows in the Live Log - tried to z-wave repair but nothing happens.
If I restart the hub, most of the time the devices start working again but eventually stop.