I just bought 10 of these LED Bluetooth lights 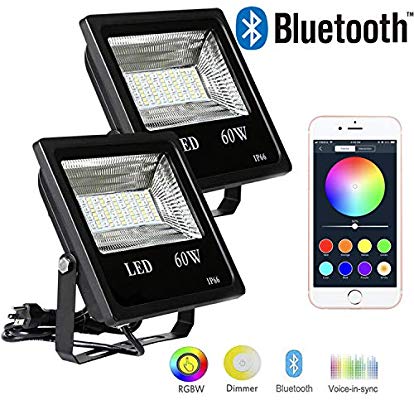 Is there a device that can send command to a Bluetooth device like these. I read that the Smartthings hub cannot. But maybe some dongle or controller that translates Zwave to Bluetooth.

There’s no easy way for that particular model. ( in the future, look for ones that work with IFTTT or at least with Alexa and then you will have more integration options.)

If you Use an android phone, you may be able to put something together with Tasker and sharptools to essentially fake out the lights’ own app. @joshua_lyon Might have more to say on that.

The following posts may be helpful:

As @JDRoberts mentioned, if you have Android device that you could dedicate to the cause and Grid-Connect has an Android app, then you very likely could put together a Rube Goldberg integration with Tasker. You would have to use something like AutoInput with Tasker to automate the various presses in the app. The process is far from the recommended solution, but if it’s the only option you have, then it’s worth a shot. The SharpTools Tasker plugins (for Android) can act like the glue between your phone and SmartThings. The SharpTools Tasker plugins can be used to send commands / updates from your phone to SmartThings… as well send messages from SmartThings to your phone. As JD mentioned, we also offer SharpTools.io Dashboards and Rule Engine which are both web based. But what you would n…

I’m guessing @JDRoberts tagged me since one approach would be to use an Android device with Tasker as a sort of man in the middle. Rather than trying to reverse engineer the Bluetooth protocol FirstBuild has used, you could use Tasker with the plugin AutoInput to automate controlling the Android app or even query the app UI for current state. The integration point with SmartThings would be done via SharpTools is a set of Tasker plugins I developed.