Are there any door sensors available that can be hidden inside the door frame? If not, are there any plans to develop one?

There are four different kinds that I know of. Each one takes a different approach.

Are there any door sensors available that can be hidden inside the door frame? If not, are there any plans to develop one?

Yes, the sensative strips work well for this. They are only 3 mm thick and can be painted. They are weatherproof. And they are available on both the US and UK Z wave frequencies.

The biggest negative is the cost. They typically cost $60 each or two for 110. They do include a 10 year battery, so you get some of the money back by not having to pay for battery replacement, but they are still more expensive than traditional box sensors.

Also, these are not multi sensors. They only report open/close. But a number of community members have them and really like them for doors and windows where the larger sensors or the recessed sensors cannot be made to work. 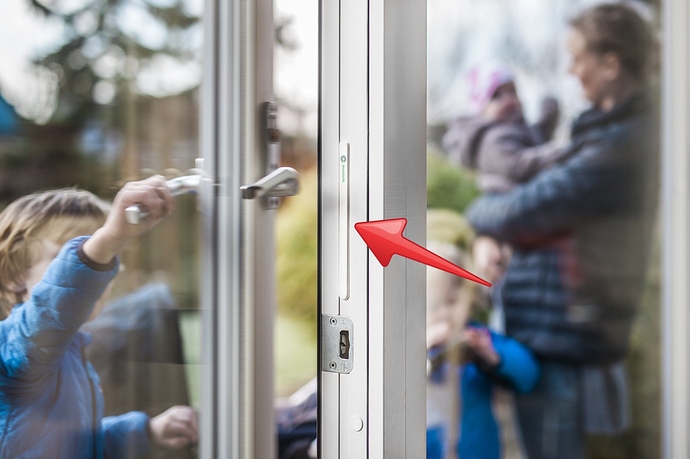 The 4th option that @jhampstead mentions above, the recessed sensor, is also popular in the community, but requires that you drill a hole in the door frame for the tube part. It is considerably less expensive than the strips, typically around $39, which is good.

It might be good for some use cases, but I don’t think it’s what most people are looking for to detect a door or window opening.

You use the arduino shield dth …no lag

The 4th option that @jhampstead mentions above, the recessed sensor, is also popular in the community, but requires that you drill a hole in the door frame for the tube part. It is considerably less expensive than the strips, typically around $39, which is good.

These looks promising. I hate the way the bulky contact sensors look. I have about 5 different kinds. I think the Iris is the smallest. Recessed would be so much nicer. . . .

Two weeks ago, I installed a Monoprice Recessed Door/Window Sensor on my front door. It looks exactly like the Aeotec one but is much less expensive. But this was complete junk. Never could get it working well. It would constantly fail to report a change in state.

One week ago, I installed the Aeotec (by Aeon Labs) Recessed Door/Window Sensor. Comparing the circuits of the two, I can say that the only thing they share is their form factor. I’ve had 100% performance from the Aeotec for the week it’s been installed.

I put a recessed Aeotec sensor on one of my doors. As others have said, you need to do some drilling and it is an affordable option. Several times, however, it has failed to notice that my door was closed, and so the lock refused to lock. I have since tole the lock smartapp to ignore the sensor, but I found that annoying.

Now, I don’t know if the problem was the sensor or the ST cloud. It happens enough to be an annoyance but not nearly enough to diagnose. Still, I’ll probably get another, although that super slim one looks quite attractive.

Also, the “hinge pin” sensor looks very clever. I see it has poor reviews, but it seems the reviewers are focused on compatibility issues. At $40 its the same price as the Aeon Labs recessed sensor, so I think I’ll order one and give it a try. I have a desperate need for the lights in the garage to go on auto-magically when I open the door…

UPDATE: Ordered! Stupid Amazon Prime, that little service is costing me a small fortune! I’ll let everyone know how I make out with it.

I have several Vision Recessed Door Sensors ($30/ea). They are Z-Wave Plus for better range and battery life, and they have a stronger magnet than the Aeon Labs. These get installed inside the door frame so are pretty much 100% unnoticeable.You have to open the door and look down to see them. 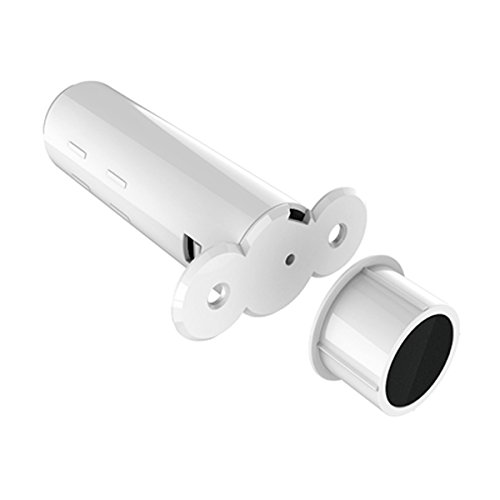 I have had good luck with vision and aeotec recessed sensors, just be mindful of quality of battery used.

That’s why you leave the broken ST sensors on the doors. Thief removes that, thinks his job is done, alarm still goes off, he stands around going “WTF???” long enough for the cops to arrive.

A restaurant here in town has a back door to their building, the hinges are on the outside, no inner door. Some places security just isn’t THAT important.

That’s what titanium hinges with TiN coating are for