The retrofit locks are just one style, several manufacturers make them. As long as it’s a certified Z wave device, it should work the same with SmartThings as any other Z wave lock.

A much higher rated retrofit lock is the August, but unfortunately it doesn’t work with SmartThings.

Kwikset has one which is currently Bluetooth, but they also got it certified for Z wave plus, so hopefully we will see that one soon. It’s just called the “convert.”

Meanwhile, Kwikset does have a zwave model you can get now which does require that you replace the existing deadbolt, but the exterior piece is just regular lock size and should fit behind the storm door:

So for now, your SmartThings-compatible choices are either the Danalock V two with Z wave or the Kwikset model where you do have to replace the existing deadbolt, but it’s just a small piece for the exterior. Or you can wait until Kwikset brings their Z wave version of the “convert” to market. 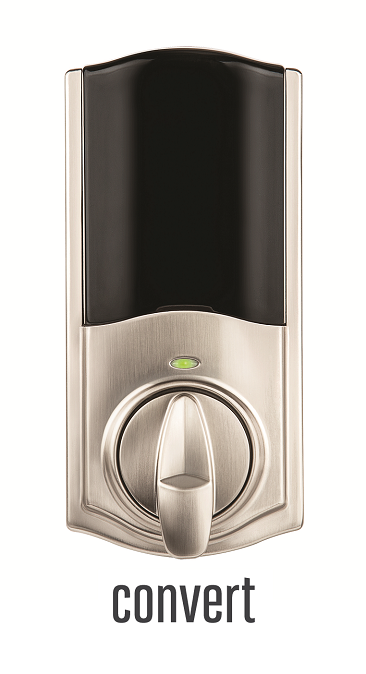 Kwikset®, the leader in residential security, introduces the Smart Lock Convert Kit with Z-Wave. Extend your smart home system to your current deadbolt, enabling your existing deadbolt to wirelessly communicate with your smart home or...

If you don’t need SmartThings to be able to lock and unlock the door, you just want Smartthings to get notified when lock events happen so you could trigger things like lights going on or off, August does have an IFTTT channel. But it can only be the “if” it can’t be the “that.”

Are the smart locks the same size as the regular deadbolt? I was looking through my son door & there is a big gap between the lock & storm door so I’m thinking ii would be fine. I’m just thinking what brand? I’m liking the schilage Camelot but I see there is a newer Yale with Dave plus…I should be fine because the hub & door are in the living room.
Thanks
Dom

JD are you sure about the Danalock V3 only being Bluetooth I’ve found several articles saying it has Apple HomeKit, Zigbee, and Z-wave connectivity?

What is the consensus on this forum about the Danalock V3?

JD are you sure about the Danalock V3 only being Bluetooth I’ve found several articles saying it has Apple HomeKit, Zigbee, and Z-wave connectivity?

What is the consensus on this forum about the Danalock V3?

The company has said that they intend to make multiple versions, including one for HomeKit and a different one for Z wave, but at present only the Bluetooth one has come to market: 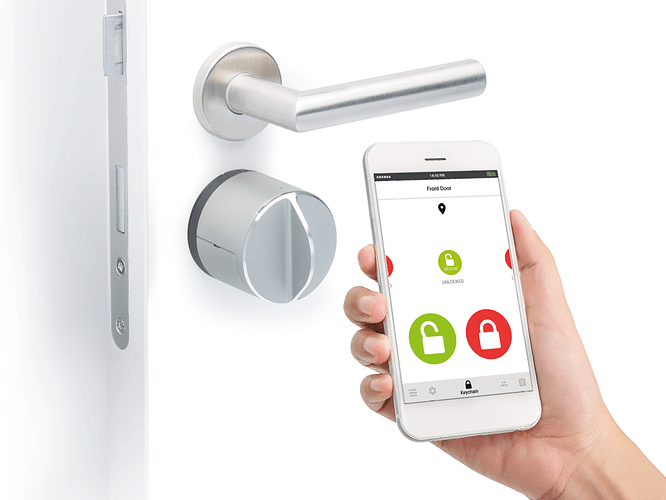 If they meet their schedule, the zwave version will be available in a few weeks, but we will just have to wait-and-see.

Ok thanks the article I read didn’t explain all of that in fact made it sound like there was one V3 version that included everything.

What do you think of the Danalock in general?

Pertaining to the Schlage BE469 & Kwikset 914/916 approximately how many inches do they extend down from the bolt lock knob or keyhole? My existing bolt lock and door latch are fairly close together. I have only about 2 1/4" from bottom of bolt lock or measured another way 3 1/4" from bolt lock knob to play with.

I went in to a local Home Depot & Lowes (60 plus miles for me) thinking I could see in person what the Schlage or Kwikset smart locks looked like but that was a wasted trip. The only displays they had was for their cheaper locks although I think you could take a card to CS or something and buy them. Don’t understand why you can’t see one in person before you buy it.

All of the manufacturers list the exact model dimensions in the installation guides for their products. Just check their websites for any device that you are interested in.

As far as looking at one in person, you have to find a retailer that carries the model you’re interested in. There aren’t that many brick-and-mortar retailers that do, however. So that’s always challenging.

I recently contacted kwikset about the convert and they told me it was not planned for release anymore.

I recently contacted kwikset about the convert and they told me it was not planned for release anymore.

I’m sorry to hear that. It would’ve been good to have a retrofit option for US Z wave from a major lock manufacturer. Thanks for letting us know.

And as one door (lock) closes, another opens!

@jkp posted in another thread that it looks like August is finally ready to release their “pro” version which will have a Z wave mode! So that should be a very good retrofit choice:

August didn’t invent the Smart Lock category, but it might as well have. The company was among the first to take technologies that most people knew nothing about, and simplify them while also…