I have a detached garage 175’ away from the house. Z-Wave won’t reach no matter what I try, but ZigBee does.

I need a couple of things. Can be either ZigBee. Or WiFi if it integerates with ST or IFTTT.

Read that a while back with no luck.

You can still sometimes find the quirky outlink although I think it’s been officially discontinued. It will work with smartthings although you won’t get energy reporting. And there have been reports that it drops off the network from time to time.

While I don’t actually have a device type to share I thought I’d start a post about this device as I’m currently “testing” it with various other device types of similar function. I stopped by Home Depot the other day because they had these down to $30 and they claim on/off function as well as energy reporting. So far the only thing I can’t seem to figure out is how they do their energy reporting because none of the existing ZigBee Device Types with energy reporting actually make the device report energy. [image] 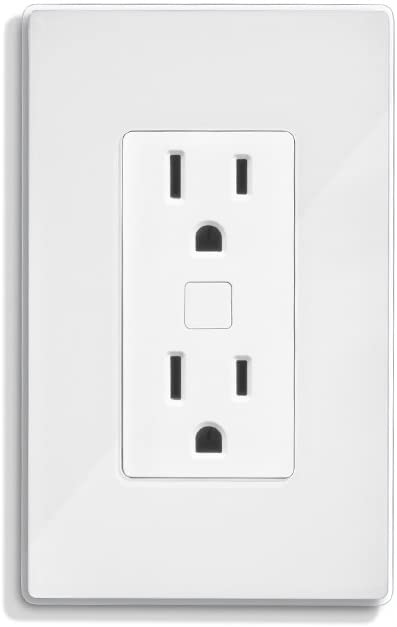 Outlink lets you control power and monitor energy usage from anywhere. Its got one standard outlet and one smart outlet, which you can turn on and off remotely. The smart outlet also keeps track of your energy...

Otherwise you can use one of the smartenIT relays ( there’s a single, double, and a heavy duty), those all work well with SmartThings.

The relays say they work with ceiling fans, but that’s only for on/off, not variable speed control. You can check with the company to see if there’s anything they recommend, they’re very reputable.

As far as sensors, as long as you have the mains powered devices there to act as repeaters, you can use any of the zigbee sensors in that area.

Another option for fan control, although it’s expensive, is to get the Lutron Maestro IR wall switch, which gives excellent fan and light kit control, and then control the switch with harmony.

Harmony runs on Wi-Fi and has an IFTTT channel, so that gives you IFTTT control of the fan.

This is a well engineered device, excellent ratings, it’s just that it’s expensive. $100 for the switch and another $100 for the harmony. And the switch is an IR device so you have to be line of sight to the harmony, you can’t use a harmony back in the main house. 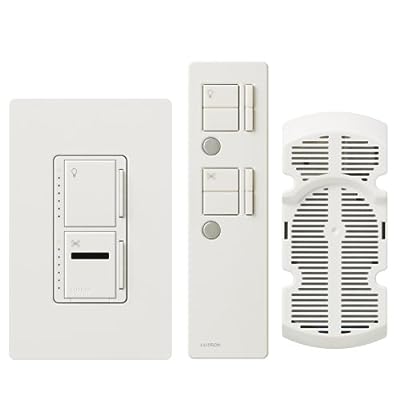 The Maestro 300-Watt Dual Dimmer and Fan Control Switch is a combination controller with a built in infrared (IR) sensor. This allows you to control both a ceiling light and fan from one wall mounted ...

But setup should be easy and it will give you a lot of options.

I would just recommend using a Wi-FI bridge or range extender and placing another Smartthings Hub in the building.

I would just recommend using a Wi-FI bridge or range extender and placing another Smartthings Hub in the building.

Good point, if the Wi-Fi bridge has an ethernet port, you could plug the second hub in there. (updated to note @anon36505037 's correction below, I misheard the original post.)

However, there are a lot of issues with trying to use two hubs. SmartThings does not allow for 2 hubs on one “location,” so it can get pretty complicated if you want to coordinate your rules .

This is covered in the “how to automate an outbuilding” wiki article linked to in post 2 above.

Problem with this method though is that the two hubs can’t talk to each other… I’m not even sure if they can communicate through IFTTT as it only has a slot there for one hub.

Good point, I misheard the original post and have updated mine above.

As far as the 2 hubs communicating, this is covered in the wiki article on automating an outbuilding. You can use IFTTT as a man in the middle, but at the present time they each have to have their own IFTTT Account and then you use email or text to communicate between them.

So it’s clunky but doable. I believe the OP had already considered this option.