Google Home Mini - preorder @ Walmart.com for $49 and get up to $25 off a Walmart order with Google Express 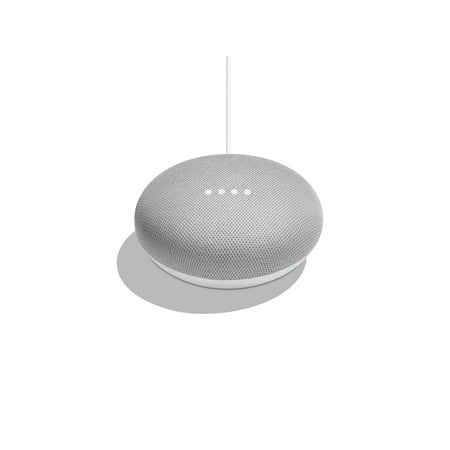 Get up to $25 off a Walmart order with Google Express. Expires 1/15/18. Available in the contiguous United States only. Not available in HI or AK. Device must be activated between October 4, 2017 and January 15, 2018 to qualify. Coupon expires January 31, 2018. Coupon will be automatically issued after linking account to Walmart.com. Valid only for Walmart orders on Google Express. Only two (2) coupons total per household. Unused coupon amount doesnt carry over.
https://www.walmart.com/cp/voice-shopping/9668992

It looks like you have to place your order with your Google device that was purchased from Walmart to get the discount applied. See the last step outlined in this link:

Learn about voice shopping on Walmart

Link doesn’t work. So basically you have to buy it and order another one from a google home to get the discount. So there is no discount.

Can the order be done through Google Assistant on a phone?

Strange the link works for me and I simply copy and pasted the link from a previous message in the thread. But yes, the discount is not applied to the order of the google mini, but rather, it is applied to your next walmart order placed from the google mini.

I tried using my phone’s google assistant to place an order and it didn’t seem receptive to placing a walmart order. But based on the wording of the promo, it looks like your linked walmart account would need a history of ordering the google device to receive the coupon.

That’s how I read it. Order Google mini & get a $25 GC good for a future Google Walmart Express order using the Google mini

I caved, in for 2. Who can’t use a couple $25 Sprawlmart gift cards with Christmas coming

Do you have to use the Mini to order the next Walmart product, or can you just order it through Google Express?

I read it as the latter.

Yes, once you activate the mini from Sprawlmart a $25 GC is applied to your Google Express account for use at Sprawlmart.
Mine was delivered about an hour ago. I hope they get along. This is the first time I have put GH & Alexa so close together.

Started 11pm ET last night. Or at least that’s when I noticed them. At 2/$1.64 I had boss’s permission to buy as many as I wanted.

We have been discussing this over here in BF thread

Damn. I had it the wrong day.

Google Express has it

Started 11pm ET last night. Or at least that’s when I noticed them. At 2/$1.64 I had boss’s permission to buy as many as I wanted.

We have been discussing this over here in BF thread

Thanks for the link and I used your referral to get an extra $10 off. I just received my 2 minis and was able to successfully activate and receive my $25 google express code. I was wondering if I have to use a different Walmart account to activate the 2nd one to receive another $25 to maximize my limit of 2 minis that I purchased or can i just use my same Walmart account?

I haven’t figured that out yet. I did kick my wife and daughter out if my Google Family hoping to get around the 2 per household limit. I haven’t set up the GMs that I purchased under their names yet though