So I’ve recently encountered an issue trying to have some dimmer switches work for my outdoor lights. They are only 8 feet away from some other Z-Wave switches indoors. My Aeon Multisensor is mostly working fine in the same area, and I tried putting Aeon Metering switch in the same area to test and it works fine.

The issue I am having is with two Linear WD500 dimmers, they are in metal boxes with weatherproof covers. I have issues even pairing one of them, oddly its the one closest to my indoor Z-wave switches. When I have had it paired (I’ve removed and tried to repair to diagnose) it was unreliable. The second further away one pairs and un-pairs fairly easy, but it is the one that gives me mesh errors when doing Z-Wave repairs. When I throw my Aeon Meter Switch outside just to test it as a repeater, it pairs and functions easy (its not in a metal box) but doesn’t make the other switches any better, or make them easier to pair and exclude. Not sure what can be done, I was thinking about trying another brand of dimmer just to see if one might have better range, but I was hoping you all might have some helpful tips.

I could if I had to, wire both the lights to switch inside, and easily solve the Z-wave issue, but I like being able to turn them on and adjust the dim from the switches instead of always relying on the app or automation.

Thanks for any help!

Metal is a reflector of radio waves. My guess is that inside a solid metal box there is no way for the radio waves to get out. I would try a fiberglass or PVC enclosure.

Agreed. Try a plastic box. I have a Monoprice Z-wave motion sensor maybe 100 feet away from the house outside inside our garden shed across the back yard. No issues with signal.

My guess is that inside a solid metal box there is no way for the radio waves to get out.

I’ve been lucky, perhaps: I put a Remotec switch/dimmer inside the metal (aluminum, I presume?) transformer and circuit breaker box utilized for our 600w 12v outdoor lighting system, and connectivity has been fine: despite the metal box + the high EMF that must be radiating off the transformer.

This switch, though outside, is relatively close to a couple of it’s cousins inside back rooms of the house, so perhaps this is Z-Wave mesh magic doing its job.

BTW: I installed one of these plastic utility boxes, though, to hold additional Z-Wave plugs for separate sets of lights and future expansion: 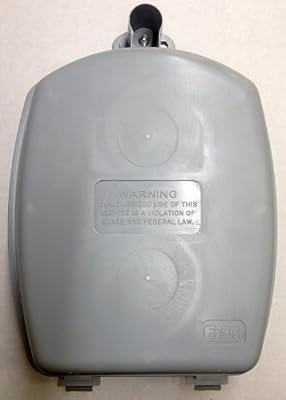 I have had zero luck. The conduit is tight enough to the Corners of metal fences that it would be a major re-install to change out the boxes. I’ve tried without the weather covers on and they work, but not reliably. If I physically even remove them from the boxes and let them hang by the wires, they are still unreliable.

What got them to work and survive multiple mesh rebuilds without failing was by removing the antenna from the switch and sticking it into the air. So obviously this isn’t a permanent solution, but it got me thinking, since the box is a metal shield, if I ran an equal length antenna outside of the box that would likely rectify it. Anyone ever try to do this?

My other option is to set this whole system up as a 4-way switch and put the zwave portion inside, but that is a lot of work and I’d rather not if I can avoid it. IF I do that, can I put generic 3-way switches outside and have a z-wave 3-way inside?

Impressively I have a door sensor inside my metal mailbox at the edge of the property that reports just fine.
Thanks for any suggestions

I have been successful!

I soldered a wire to the end of the existing antenna hidden within the switch itself, and ran it outside the metal box, and clipped it to length so the portion outside the box matches the the 900mhz at a half wavelength. I only had to do this to one of the two switches outside so far and having good function.

Extending antennas could be useful in quite a few situations… 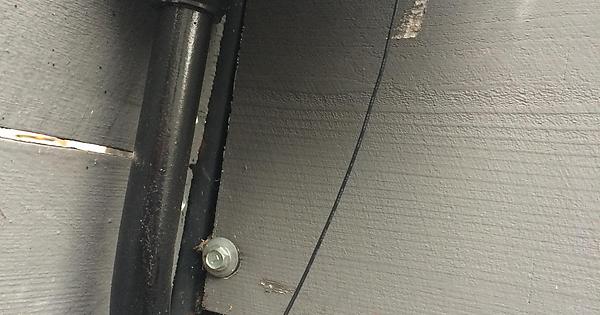 Here you go. It requires cutting small amount of plastic on the top edge of the switch. Then I ran it down the side and out the bottom pressed into the foam of the cover plate. Fairly quick mod.

Looks Good. So you extended the antenna to a odd multiple of the 900 MHz wavelength?

Its cut to 6 and 3/16 inches outside of the box. That’s half a wavelength at 908mhz. The portion of the antenna inside the box will not radiate (which was my problem) so it is not included in the antenna calculation. There will be a loss in db extending the antenna, but for my purpose it was not enough to harm the signal, and actually has restored function. I have both switches out side now modified and they respond well now.

Just did a similar thing with a zwave4less relay that I installed in a lamp post outside. The metal post totally blocked the signal. drilled a hole and ran the little antenna up into the light fixture figuring the signal could get through the glass. The results were better but not reliable. I then added a bit of length to the antenna to make up for that which was still in the post. I did not do any calcs. I doubled the length figuring I would trim it off if need be. There was no need to trim, the relay works like a champ now!

Trying this exact thing tomorrow. Wish I had come across this years ago, but since moving to Hubitat became determined to automate my pool lights. Thank you.

Still running strong after all these years.