This looks interesting. Has anyone seen/tried this yet? Technically should pair up as a normal Z-Wave Door/Window Sensor. I’d still rather go with the Iris contact sensor (cheaper, and has temperature).

Whether you’re coming or going, your home is ready when you are with the GE Z-Wave Smart Door Sensor. Not only does the Smart Door Sensor efficiently eliminate household tasks as you go about your day, but remote monitoring allows you to feel secure... 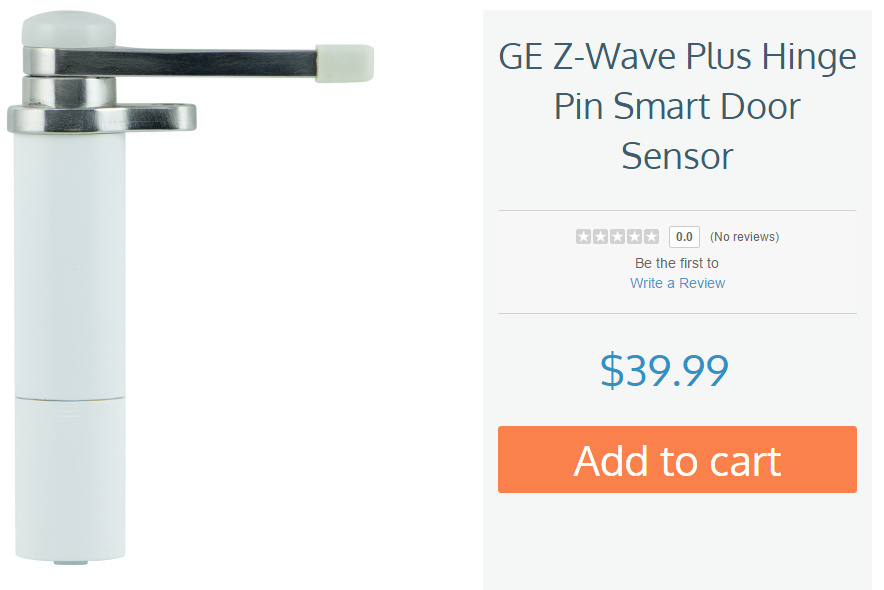 We have been testing these for the last few weeks. They work great!

Straight binary sensor, can be used on left or right hinge, indoor only. Looks like installation can be a little finicky but once you get it set up right it should be fine. Has an optional paintable cover which is a nice touch. 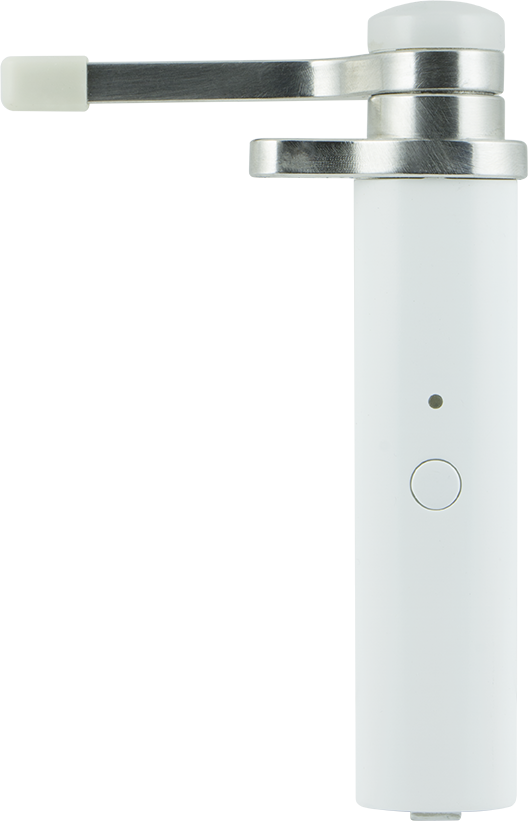 Transform any home into a smart home with the GE Hinge Pin Smart Door Sensor. This Smart Door Sensor is universal to fit any hinge size and is also reversible to allow it to work on a right or left opening door. With the adjustable zero pin position...

Firmware is OTA capable too. I saw the accessories as well, very nice. I suppose if someone is looking for a not so obvious sensor on the door (unlike the Iris), then this should do nicely. I did see the set up does require a little more effort than typical magnet-based contact sensors.

I suppose if someone is looking for a not so obvious sensor on the door (unlike the Iris), then this should do nicely. I did see the set up does require a little more effort than typical magnet-based contact sensors.

If you want something unobtrusive, the NYCE Zigbee home automation sensor is smaller. But it costs a few bucks more. And of course you might have to worry about Wi-Fi intherefore since it’s a fixed location device 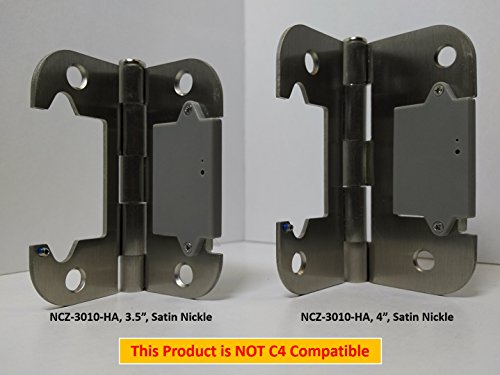 And of course Sensative got their FCC certification and are due to launch in the US shortly. They are already available in the EU. And those are pretty much invisible.

Everything you need to know about Strips! The invisible magnetic window/door sensor. Learn more!

Yep, and I almost posted that link too. It’s a nice design, and definitely unobtrusive. One of the Lowes store near me has a ton of them, and they were just on sale for around $35 if I remember right. Seems like they didn’t get the buy-in from consumers though. I saw several as open box returns.

If someone is dead set on only a zigbee or zwave mesh, there are certainly some nice options out there now compared to just a few years ago, including those Sensative sensors. In my case, I’m swapping out my bulky Ecolink sensors for the smaller Iris sensors on my windows, but I’m holding back on doors for devices just like the ones we’re talking about here.

Do these have a temperature sensor?

So there’s probably no point to a custom device handler on this?

I just got mine and am having a very difficult time pairing it. Suggestions?

Its been a couple weeks so you might have this working but in my experience I’ve learned that anything with a battery should be included within a couple feet of the hub no matter what. My house is full of GE dimmers, switches, and fan controllers and I have a mesh that covers the house but for inclusion/exclusion I still get right next to the hub. It’s the only way to not have issues.

Honestly, I gave up… I tried YouTube videos, included instructions…
Returned it… Thanks for contacting me.

Damn…that’s too bad. I’m debating buying three of these because the monoprice recessed door sensors just aren’t reliable for me (sometimes get stuck on “open” when closed and you have to then open and close the door a second time to clear).

Anyone else have these and they are working well? I have a alert set so if a door is left open for xx minutes to text me and with the Monoprice ones its causing false alarms at least once a week which is getting real annoying so I want to get something else.

I thought the concept was amazing. I literally spent three days after work
trying.my don’t who is a ‘super geek’ could not link it up. I was very
disappointed. Mine might have been defective but I didn’t want to deal with
it anymore so I got a door/window sensor.

I switched from a contact sensor to this due to draft and a smidge of slack on the jam…it was enough to keep set it off. i have been using it on the iris system with great luck. Apparently it will work with smartthings so I will try and pair it there.