With many things going away it is interesting to see that ST has now gained Energy Star certification for smart home energy management systems. https://www.epa.gov/newsreleases/us-epas-energy-star-program-advances-energy-management-through-smart-homes. Certainly, part of the power of ST or competing platforms is to limit unneeded parasitic power use.

With ST (and any home automation platform really) your energy data is only as good as what’s fed in. It takes monitoring devices. This just tells me. They’re slapping EnergyStar on anything that shows an energy dashboard. ‘because it helps users be more informed’ In that case slap it on the Alexa app and Homeassistant as well both of those platforms also have dedicated dashboards for energy. (and honestly are farther along the path than ST)

Im a fan of energy finally coming front and center in home automation in general (I specifically love the offerings from SPAN and Schneider with managed electric distribution panels in the US, and own two SPAN panels) but this feels a little disingenuous… But I blame the US government on this one not SmartThings.

Agreed, although I think it is more than a dashboard (which IMHO ST has not done that well). I think it is mostly the “capability” to do something. But capability and doing are two very different things… Officially: Key features of the SHEMS performance criteria include:

Having been involved with energy efficiency for many years, I raised the question when this was posted on Linkedin about studies that show these systems save energy. My guess is that the average user and probably many on this forum really don’t leverage ST to save energy by scheduling or using controls to turn unneeded equipment off and hence may actually increase consumption as all of these devices directly or indirectly draw some type of power.

SmartThings as a whole didn’t get certified.

The certification applies only to the “smartthings energy service,” and then only in specific configurations, when all of the device is being monitored by that service have the ability to be put into standby. And are themselves energy star certified.

Right now it’s very limited in the devices you can attach to it. At one point it was only specific models of Samsung appliances: I don’t know if that’s still true. 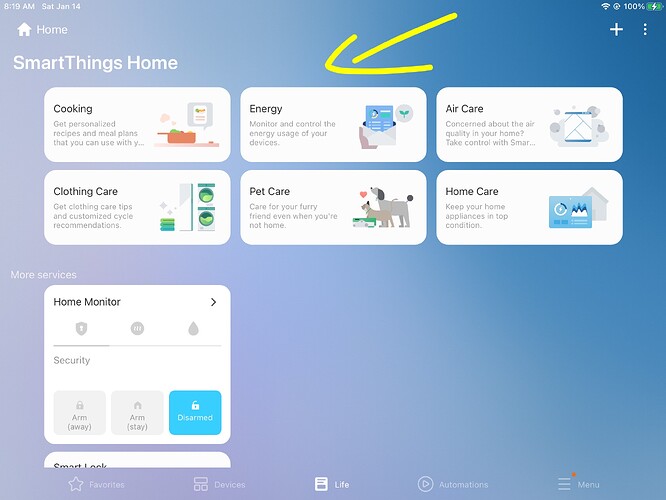 It is. The project was initially developed to help property managers of multi unit buildings manage large fleets of Samsung appliances.

Thanks JD - I figured you had the detail here…

Ahhh marketing spin promoting a certification earned for one part of a product as the whole… You go, marketing… pats their little heads good job!

Currently it is not possible to add energy reporting plugs, sockets to the energy app, even though it clearly states in there graphics it is… something that has been urksome since i started using the energy app

I’d hoped to do this as well and or have the app confirm the status of things, but it does not look like that functionality exists.

Thanks JD - I figured you had the detail here…

Ahhh marketing spin promoting a certification earned for one part of a product as the whole… You go, marketing… pats their little heads good job!

We’re seeing this everywhere these days with Matter.

Big name brand supports Matter!
.
fineprint: for one model, which is planned for released sometime in the next few months

To be fair, sometimes it’s a press error, like all the bloggers who wrote that Aqara was going to have Matter certification for “over 40 devices” when in fact, they were certifying one hub, which will bring in over 40 Zigbee devices. The Zigbee devices themselves are not individually certified for matter.

Indeed - it’s hard to keep track of it. Heck even Stacey got it wrong last week somewhere in the middle of the show she mentioned ST would export its devices to something like Google (Clearly describing a Matter bridge) when we know ST at the present time has no plans for a bridge. No, I don’t have the timecode, I just remember chuckling in the car when I heard her - “well there’s a retraction next week…”

In any case I’m all for more efficient white goods, and ST marketing got us to talk about it - so again pats their little heads good job marketing…

To be fair, smartthings and Google have a special arrangement planned, where Matter devices added to either platform will be automatically added to the other. It’s not a “matter bridge“ but it is a close integration.

There has been a question raised as to whether that will only work for people with a galaxy device, but that hasn’t been answered yet. 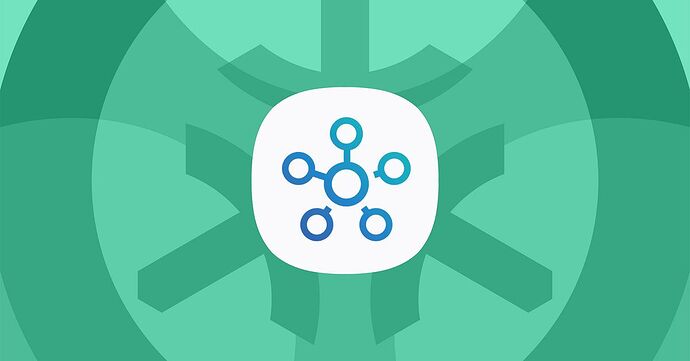 A new partnership will let you move Matter devices easily between SmartThings and Google Home.

This EPA “certification” ruffled my feathers a bit when it was announced. I posted a Twitter thread of why it doesn’t make any sense. 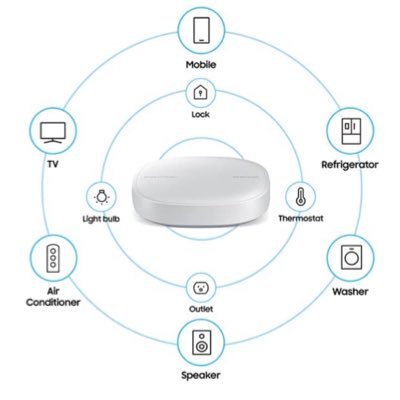 @SmartThingsBeat
We’ll isn’t this nifty. But as someone who lives in the USA, and uses SmartThings extensively, I’m a bit confused by this @EPA award for SmartThings Home Energy.. 🧵 twitter.com/SamsungNewsUS/… https://t.co/82fnOn5qOy 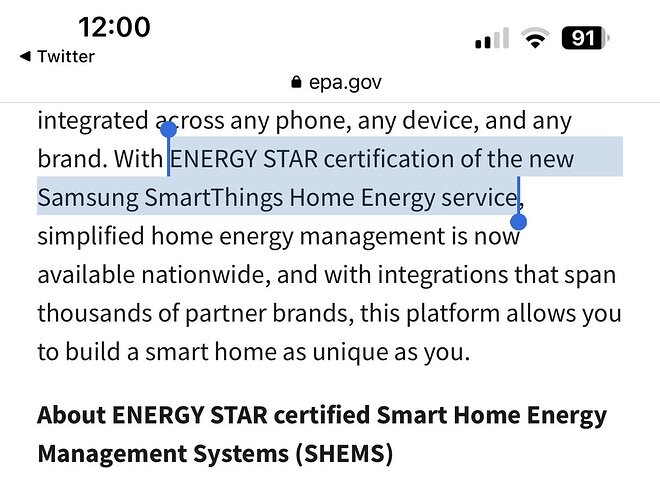