I use webCore to automate things based on Z-Wave switch double-tap. Is it possible to write automations in SmartThings using the double tap up or down?

What’s the brand and model of the switch?

Some have multi tap support built into the firmware, which makes everything much easier.

For example, there is a community-created Edge Driver which supports doubletap for many GE/Jasco zwave models.

They are the GE Switches, I found the Edge driver and it’s working now, thanks so much.

I did have one question about the Rules API,

I see lots and lots of documentation on syntax and such which is great (better than that of WebCore) but I fail to understand the how, I think I have enough knowledge now to write a rule in Notepad or some other text editor (I hope there is something better than that) but how to deploy? Every link I see about the Rules API points me back to the documentation and syntax

I’m sorry, I can’t answer questions on the rules. API, it’s designed to require a laptop, and I only have a tablet, so I don’t use it. Plus, it would be really hard to use with voice processing.

I think the best thing is to start a topic in the section of the forum that deals with the rules API and someone there should be able to help you.

I haven’t seen a start to finish “rules API for dummies” explanation yet, but maybe there’s one buried somewhere deep in other stuff. Everything I’ve seen pretty much assumes you’re already familiar with REST APIs and have a developer environment already set up, but I know that’s not true for everyone who was using, say, Webcore.

but how to deploy?

SmartThings tend to talk about their Devices API, their Locations API etc but when they do they are talking about an endpoint of the one API. So the Rules API is the /rules endpoint of the API and it has the usual CRUD operations.

As you will have noticed, Rules are defined in terms of arrays and key-value pairs and because the API consumes JSON you tend to see them expressed in JSON.

I use the CLI as a front end for the API when working with Rules as that includes YAML to JSON translation and I find the Rules more readable in YAML. So creating a rule becomes a command line like:

Here’s a really good beginners article on CRUD and REST terminology. This is what I mean by an “A-Z introduction.” I wouldn’t assume that everyone knows that CRUD stands for the 4 basic database actions: Create, Read, Update (edit), and Delete. 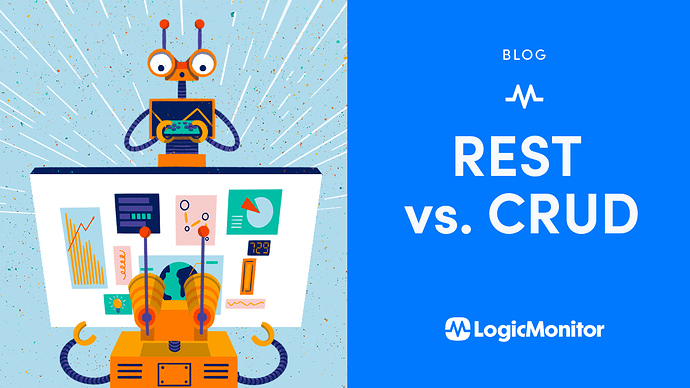 CRUD and REST are two of the most popular concepts in the API industry. Learn what REST and CRUD are, the basic principles that govern them, and their similarities and differences.