I know that Kwikset makes a zwave deadbolt without a keypad. Does anyone make a lever without one? My wife thinks they look too techie. Since I just want them for autolock, I don’t need the keypad.

Unfortunately I do not know of anything currently available. Many just use a handle lock for the lever that has no locking mechanism at all.

The only thing I know of that possibly will be available soon is.

Thanks, I want one without the deadbolt, just the lever, and no keypad. From the outside, it would look like a normal keyed leverset.

Thanks, I want one without the deadbolt, just the lever, and no keypad. From the outside, it would look like a normal keyed leverset.

Best option for this is probably an electric strike plate. Installation on these is more complex than the prebuilt smart locks, but it can work fine and is relatively inexpensive to do. In these cases you are using the existing knob/handle, you’re just changing the way the lock is released.

There are several community members who have done it. See, for example,

I know there’s at least one more of these on the quick browse projects list for locks:

If you don’t want to install this yourself, the companies that do automatic doors for people in wheelchairs can typically do just a strike plate option , but that’s going to cost a lot more than the DIY project.

The only thing is that there’s no combination lock option with this. You’re just going to have a single unlock command. You can trigger that from Geopresence or a keyfob or just the SmartThings mobile app, but if you want to have different codes for different people you would need to also add a keypad like the iris where you would enter a code which then tells SmartThings to release the electric strike. So just comes down to the details of what you want.

Cool idea, but the door frame is steel, not wood. I am afraid I’d need to cut out a bunch of it.

Cool idea, but the door frame is steel, not wood. I am afraid I’d need to cut out a bunch of it.

Do you have an existing deadbolt? If so, as @anon36505037 suggested, you could look at one of the retrofit devices which fits over the turn bolt on the inside of the door. This allows you to leave the existing external hardware in place.

However, these don’t work on the handle set itself. So you need a Turn bolt it can fit over.

The most popular of these is probably the August, but it doesn’t integrate with SmartThings.

The Danalock does, but the reviews on that one have been pretty bad. And again, it can’t work unless you do have a deadbolt on the door.

Kwikset has a new retrofit lock coming out in a few months, but I don’t know the details on that one yet.

edited to update found the release on the “Kwikset convert” device. Like the Danalock and the August it fits over an existing deadbolt turn handle. It’s not intended if you only have a lever. 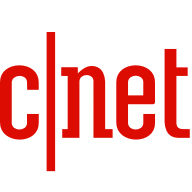 I would add again that I’m certain that a company that installs automatic doors for people in wheelchairs could do this for you, I’m just also sure it would cost a lot.

Not zwave but I use an August lock for this. Outside looks just like a normal door and you can use the key still. Inside it replaces the deadbolt turnbolt.

I am in the US. It is an interesting site. They have a US setup, but that is for deadbolts, so again I am stuck. I am looking for something like this but without the numeric keypad.

I use Kwikset throughout my home but have the deadbolts with and without the keypads and smart tech. The front door handle I have, Amherst, combo lever and deadbolt. This unit is not available as a smart unit but was told I could swap the interior mechanism with the zwave unit to the interior to make it smart, ‘no ugly keypad’. This worked like a charm as it appeared the tumbler and lock lever use the same shaft on smart and non-smart units.

Looking at the door lever the connections look similar. I suggest you contact Kwikset to see if you can do what I did with my front door lever.