Dome Products Take 40% off all orders - use promo code ‘cybermonday40’ at checkout.

damnit, just when i thought i was done. very tempting since the siren has a delay feature and also has chimes.

I like that siren…sure why not. I got a siren and an outlet. Thanks.

Take 40% off all orders - use promo code ‘cybermonday40’ at checkout.

with the Dome Mouser I purchased a couple weeks ago… So I really ought not buy a second unit (even at $48 vs $80).

No kill traps work well when paired with a motion detector.

with a motion detector.

Share your setup details on a new Topic somewhere, please?

I use no-kill Tilt Traps for mice; but adding a Tilt Sensor (multi-sensor) to each isn’t cheap either, and it throws off the balance. Tilt traps have been successful for me for mice (not rat), but I have neglected to check them frequently enough. 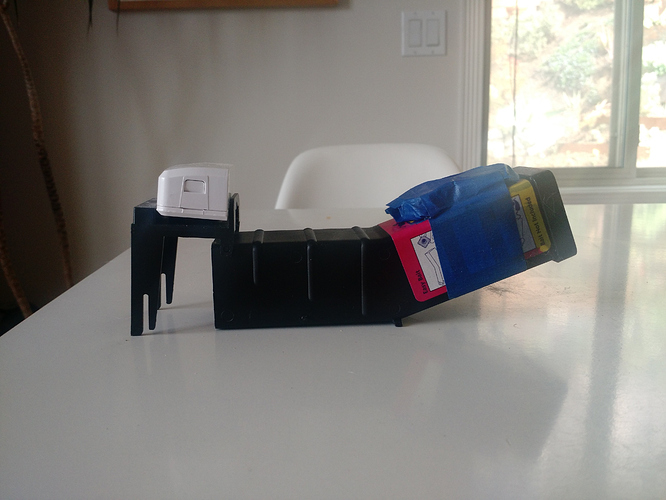 cripes! i forgot about the mouser! I passed on the siren because honestly you can get the Neo Coolcam version for $25, but the mouser I can’t find a generic/knockoff version. Ordered! i’ve been setting manual traps in the garage. This looks both more humane and sanitary.

Dam dam dam, I don’t need any more wall warts, but these are even smaller than the Peanuts ( 1.8" vs 2.3 for peanut) and I was just fighting with a setup this afternoon where I needed one just a little bit smaller.

Thanks. I jumped on this. Finally adding shut off valves to my two hot water tanks. Getting two for $20 more than the usual price for one is a steal.

Rinse the shampoo out of your hair with cold water ?

Just me or did anybody get an order confirmation email with the wrong state listed? Triple checked before clicking submit…

Sorry to say, but it’s Just you

Ha! Trying to see if there is a reason I need another I guess

My main water line is not accessible for this purpose. I’m on a slab. I can at least shut off the water if my hot water tanks leak (and which are already monitored for leaks).

Didn’t think about this angle…my main water line can’t have this installed, it takes a quick turn near the valve. But I might be able to put this on the water heater line, and shut that off if a leak is detected on it.

For those that have the older “globe” shutoff valves I highly recommend putting in a 1/4 turn SharkBite valve if you can. If you are fancy with it you can cut into a existing copper line and add the shutoff inline without much fuss.

I added water lines to a half bath by cutting about a one inch piece out of a 3/4" cold and 3/4" hot line, sliding a SharkBite “T” onto one side then just pulling the pipes apart enough to get the other end on. Never a single drip and saved me from having to solder in pipe. Here is a picture of one put in and the other pipe I haven’t cut yet: 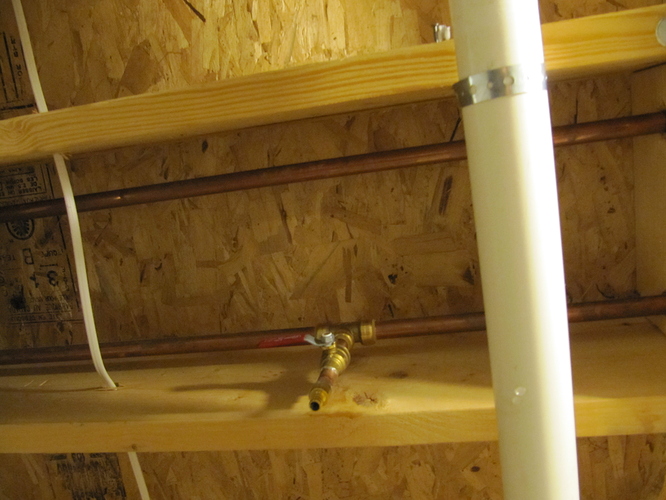 SharkBite fittings are expensive but worth it for stuff like this. Although if you can’t “flex” your pipe apart enough then it doesn’t matter.

This is exactly the approach I took - easy as can be to install the shark bite slip valve into existing CVPC. But I do have a problem: the shark bite becomes very difficult to close the last few degrees of turn, such that the Dome can’t finish its cycle and churns forever trying to close. I’ve tried exercising the valve but nothing eases its required torque and there is no way to adjust the Dome’s turn range.

I got the LeakSmart, but I hate sweating pipes. So yes, cut 6" out of the pipe, put in 2 3/4" sharkbite to NPT fittings and was done with it. Well worth the $25 for the 2 fittings, in time and agravation savings. I’ve replumbed 75% of my house with Pex, just so I don’t have to worry about soldering. Crimping and/or Sharkbites is so much easier.

Do you have teenagers who take long showers?

Ok…if you have boys (Not sure about girls since I only have boys), you know they spend entirely too much time in the shower. Has someone worked on a solution to flash the lights 10 minutes after the light is turned on, then again in 5 minutes, then leave them in the dark. Just want to get the shower times below 15 minutes. Wife will not allow me to install an external valve or I would turn off the hot water a few times. Worse case, she has a trip planned in September and the valve gets installed.