Devices turning on without automation or intervention

Hi folks, for some reason I noticed some devices (a wemo smartplug and some hue lights) turning on, without any intervention or integration.
Latest was my Wemo that powers the Christmas tree, set to turn on at 5PM and off at 10PM. This morning we woke up and it was on, I looked into the events history:

I don’t have any automation at that time.

The last time something odd happened, ALL my hue lights turned on on maximum bright around 11PM, needless to say how annoying that was.

Is there a way to debug the source of this event?

It has happened to me quite a few time this year but never in the 5 previous years.
All the lights in the house will just turn on. I have dozens of pistons running but it’s not their fault.
Yesterday the living room track light just went to full bright for no reason.
I would like to blame some RF interference but given these devices are encoded and talking a protocol you would wonder how they can be influenced to all turn on by a bump of 900ish MHz. 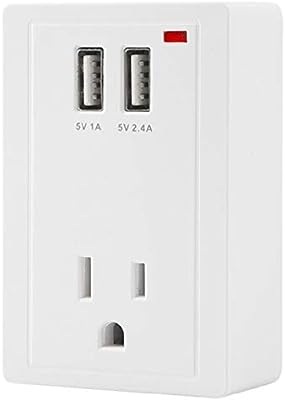 For several weeks, it has been turning on by itself. I just looked at the history and it had occurred at 10:47 PM last night and around 11:03 PM previously.

I wish there was a way to debug this further, honestly I would not be surprised that this is some sort of bug on smarthings cloud support sending events to the wrong hub, would not be the first time someone wrote an unsafe concurrent code out there

I considered starting a similar thread, but wasn’t sure how to describe the bizarre behavior. At first, I kept double-checking automation rules and second-guessing myself.

Many many reports (and threads) on this over the years. SmartThings always blame the device yet it seems device agnostic. I can go months without a problem then I get a rash of it happening for a while.

Root cause has never been established. Just more reasons never to use ST to control anything critical.

Ha, just last night standing in the livingroom and Tada! The track lights next to me went on for no reason. Aside from all the lights turning on by the ghost of Z-Wave past this one in particular turns on by itself more often.

Had this happen as well. Only seems to happen with Hue lights. 2 in a ceiling fan turned on, on their own and the 2 lamp lights in the bedroom turn off on their own

There are a few ways to debug this. Here are some to get started:

If there are Automations or Scenes in the new app controlling your device, you’ll have to open each one and see which device they’re controlling, there’s no easy way as yet to find those relationships.

ALL my hue lights turned on on maximum bright around 11PM, needless to say how annoying that was.

I’ve just had a similar experience. 5 of my HUE lights, in the same fixture turned on at 10 PM. All together. The new app gives no information what caused it. Some has on/off events, some has on/off and on/off events and this one has even brightness changes:

The idea to look into the IDE is pointless too, as no useful information can be harvested from there.

I’m sorry but that does not really help. The list of events show “DEVICE” as the source. Nothing else, so unless by “DEVICE” it means that it was the smarthings hub who just decided that around 3:30 (it did again last nigh at 3:33) is a good time to turn on the xmas lights (maybe its an elf?) I’d say this is a big issue with smartthings security.

have you also looked in the wemo app to make sure there are no automations there?

Yes, wemo app is so broken that its not even detecting my wemos currently

The list of events show “DEVICE” as the source. Nothing else, so unless by “DEVICE” it means that it was the smarthings hub who just decided that around 3:30 (it did again last nigh at 3:33) is a good time to turn on the xmas lights

Sadly the device event history in the IDE isn’t what it was. You used to be able to see when the mobile app or SmartApps had issued commands and when the device handler had run a command method. Now you just seem to get the DEVICE event and the chances are it originates with the device (or third party hub or cloud service) reporting a state change. So it’ll look the same whether or not ST was involved.

So, my device was a SmartThings plug. I removed it and re-added it. Haven’t had any issues since.

For what it’s worth, this has started happening to me as well; never happened over the past 4 years but now has happened quite a bit over the past two months.
Just noticed it today with a zigbee bulb that has been turning itself on at random times during the day.