So I had this SmartThings Motion sensor. It worked well for a couple of weema then it stopped. I was suggested to change the battery and I did. But to no avail.

I unparied like a hundred times but it still will not report motion. Only tempreture and battery status. Please advice. It is driving me crazy. 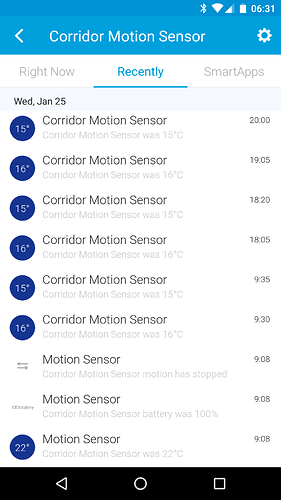 Did you try re-pairing by bringing it very close to the hub? If that doesn’t work, you could try rebooting the hub. If rebooting still doesn’t solve your problem, then do a cold boot, turn off the hub, remove batteries (from v2 hub) and let it sit for about 15 minutes, then turn it back on and see if it starts to work again.

Tried all does except the cold boot. I will give it a try and see if it
works.

Only tempreture and battery status

I would check what device handler is using. Do get light blinking on the sensor on motion?
The fact that you do get temperature back tells me that it is paired correctly.

No I do not think so.

I have had 4 sensors fail the same way.

The latest response I got from Support was to try a Panasonic or Duracell CR2450 battery as others have minor dimensional differences that don’t make contact to both + and - terminals. I have not tried this yet.

Same here. And i got the Duracell ones but the result was the same. They
will not send out a replacement since I live in Malta.

Do you know on what day they failed. The interesting thing on mine is they all failed the same day. ST Support said there were no firmware updates pushed to their sensors.

That is close to the same time mine did. Seems suspicious. I still think they pushed something out to the devices… I wonder if more people will start posting about failed sensors.

So once again I did the following:

But to NO AVAIL. It will report battery status and temp but never updates motion status.

What make was the new battery? I had this when battery got low it started false reading and then just stopped.

The ST motion sensors require Duracel or panasonic batteries they won’t work with anything else. I bought another make and it didn’t work. The shaping in the case must be very specific. Once a duracel was inserted everything worked again perfectly, very narrowly through them away and bought new ones.

This has been seen on other posts. Might be truly dead but you never know.

Well…!!! What do you know? Ordered a couple of Duracell 2450's on Amazon Prime - fitted them - boom…on comes the LED. Unreal. I don't know whether to laugh or cry. Surely this design flaw should fall at Samsung's feet rather than every other battery maker?!

Yes it Duracell. It works as it should however it simply doesn’t detect Motion. And that’s what I need a motion sensor for lol. 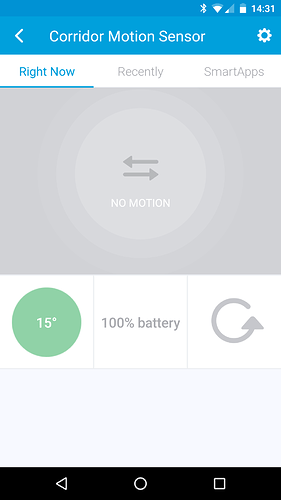 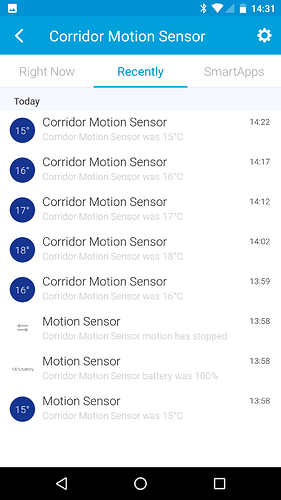 Probably not the battery then as you say. I had the same behaviour when the battery got low it still talked to the hub but would either not detect motion or worse give false alerts. You have changed the battery so can’t be that.

Unfortunately there isn’t much to tweak on the ST motion sensors other than repairing but you did that as well. Sorry didn’t help much.

Hey you gave your input! And that was more then appreciated!

I don’t have a ST motion sensor…is there a “pot” adjustment or anything like that that you can “fiddle” with.? Maybe set it to max to see if that does anything.
Obviously just a “wag” (wild a$$ guess).

Absolutely nothing to fiddle with. Either remove it or not. From the API
backend options are limited as well. To timeouts and such.

I have one in exactly the same situation. Of the three I have owned, one ate batteries (that took a while to figure out), one is Temp only and one is working fine. Too bad, they are the fastest of all I have deployed (Aeon, Ecolink and Monorpice). Gonna try the Iris next.