I had that happen to one of mine 2 months ago.
Raised a support ticket and worked with the support staff.
They confirmed it was dead and as it was under warranty they replaced it.
The problem is I’m getting the ST ones drop off the network on a regular basis.
My Hue, Orvibo and Fibaro ones keep working faultlessly.
EDIT: As I had 2 ST motion sensors I was able to swap batteries between the 2 sensors to prove it was faulty. The good one worked with the new battery and the one it had in it originally. Fault has to be with sensor.

I’ll ask - “shy bairns get nowt” as they say in my neck of the woods!

Someone else on the forum tried Energiser batters with no luck.

It’s not the quality of the battery, it is the shape of it. Hard to describe but the side on contact of the motion sensor is very low. Seems only Panasonic and duracells can easily touch the contact. As their side walls are deeper.

The one previously was an Energiser and that didn’t seem to have much of an issue - but I take your point. The whole thing is just ridiculous really!

Might pop to the shops and see if I can find some Panasonic / Duracells 2450 ones.

Couple of photos of the two sensors side by side in case anyone interested in dimensions. Xiaomi also comes with double sided pad on the base. 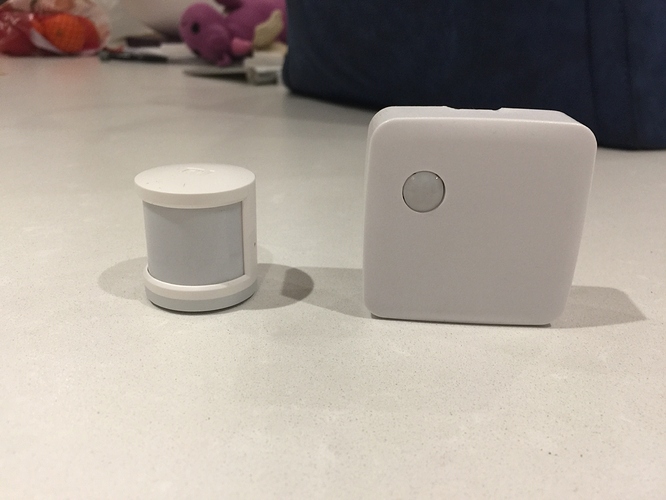 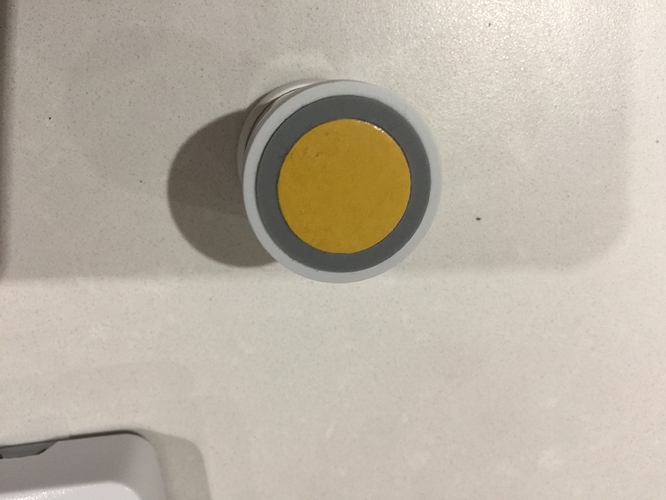 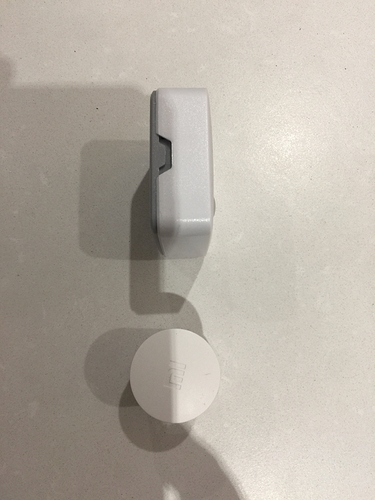 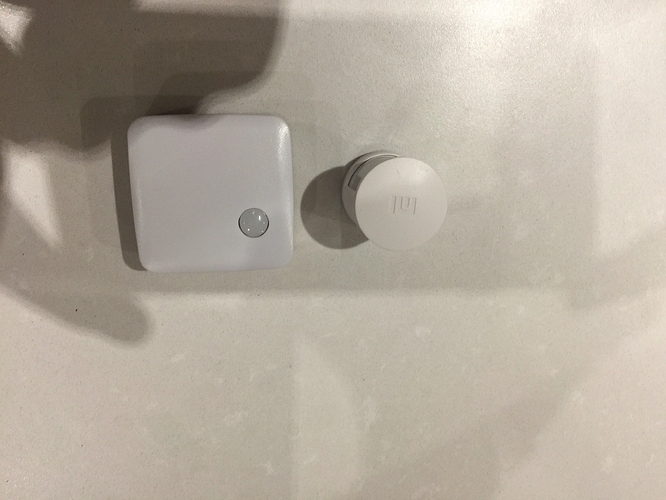 Wow. They are small. Might get one to go with my other 4 makes!!!

There is one for sale on Amazon UK

I got mine from banggood.com they are not the fastest but they’re cheap. Door sensors are tiny too! Even compared to the Orvibo’s

I had the same thing and same problem with the batteries and thought two of my sensors were dead. However, only duracel batteries worked for me, one thing I did do to prove this was connect some wires temporarily with tape and touch the connections. When I did this the led came on but would only work with a duracel fitted in the unit.

Likewise but I thought £3.99 delivery was too expensive.

What do you know? Ordered a couple of Duracell 2450’s on Amazon Prime - fitted them - boom…on comes the LED. Unreal.

I don’t know whether to laugh or cry. Surely this design flaw should fall at Samsung’s feet rather than every other battery maker?!

Energizer CR2450 batteries DO NOT WORK!
There’s too much of a step on the side, on Duracell the side of the battery goes down almost to the base (when +ve is upwards), on Energizer it stops 1mm short and doesn’t make contact with the prongs.

I tried to bend the prongs up and snapped them off - whoops - but bodged it back together with the spring from a ballpoint pen screwed down over the remenants of the prong.
This means that the spring sticking up now contacts the side of my Energizer battery

I have found the SmartThings sensors to be quite bad quality - the multi is OK but my Presence sensor battery compartment has broken (because you need to swap the batteries so often, and the little hooks are such thin plastic - appreciate this is a “brought in” part though) and my Motion sensor just pulls apart, so when you’re trying to change the battery actually the white front grips the middle piece, better than the middle piece grabs the rear. This means instead of the two grey bits staying together and the battery change being a doddle, the circuit falls out, the reset button bounces across the floor, and it all needs carefully clipping back together.

I am thinking of buying one of the Xiaomi Motion sensors to replace a smartthings motion sensor. The smartthings sensor is a trigger for a light bulb but I have to pull the battery (durracell) out daily for it to start working again.

If you click on the link for the DTH it leads to a page with a truncated version (Xiaomi Zigbee Door/Window Sensor, Motion Sensor, & Smart Button Device Type [beta]). A 404 occurs when trying to get the full version.

Does anyone have a copy of the DTH?

If you go to github and then put a search in for a4refillpad you should find the dth’s for all the xiaomi sensors that a4refillpad has compiled.

my Xiaomi Device Handlers for Smartthings

Hey, sorry to open a dead thread but I was wondering if anyone knew if the Panasonic Smart Home Motion Sensor worked with smartthings? They are cheaper than fibraro which tends to be my go to…

Sorry can’t answer your question but I’d definitely recommend the Xiaomi ones. Picked 2 up for £18 off GearBest and I haven’t been disappointed.