What I found small enough was the Visonic MCT-370. Only $16 on eBay. I removed it from its housing and utilized the housing from the Monoprice and modified the battery holder from the Visonic. You can use any similar size tube other than the Monoprice housing, but I already had it available.

I used a rotary Dremel tool to carve down the Visonic battery holder to a size that could barely slip into the drilled-out door hole that I had made previously for the Monoprice sensor and then glued the modified battery holder and shortened Monoprice empty housing together.

I also wired soldered the plus/minus terminals from the modified battery holder to the Visonic pcb pads.

I also reamed out the original recessed wood door hole about a 1/16 inch to make the whole assembly a bit loose to make sure I could easily remove the assembly for battery replacement.

I drilled a hole at the top of the modified Monoprice tube housing so I can extract the assembly with a small hook tool. 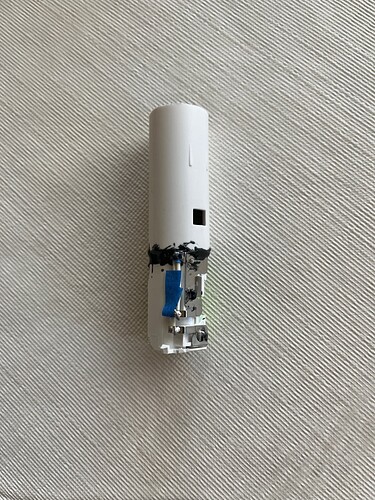 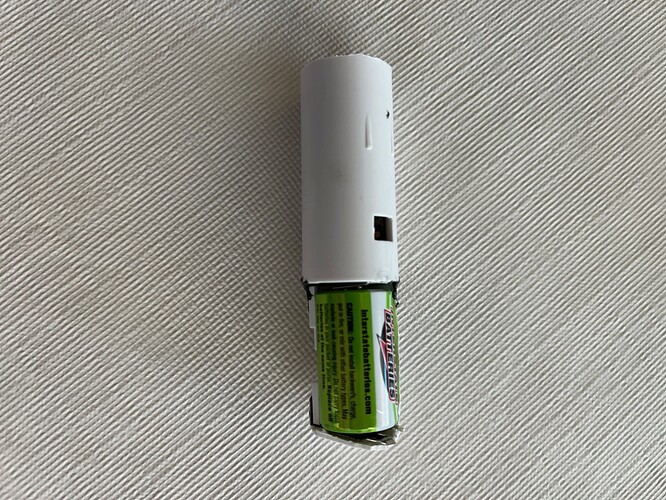 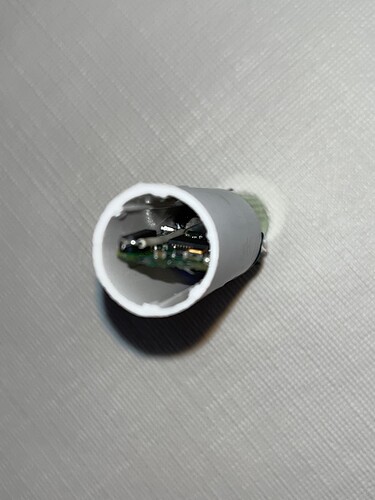 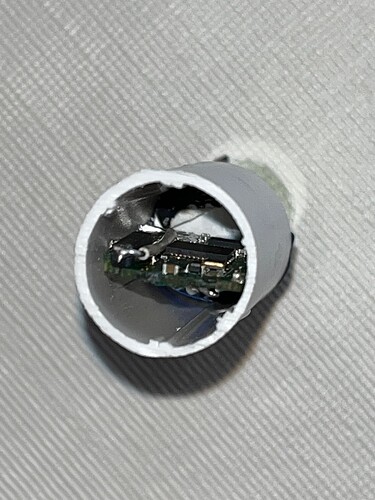 It pairs as a “thing” which you can rename and then use SmartSense Open/Closed Sensor as the type and it will provide Open/Close, Battery status and Temperature.

So far, it’s working fantastic and I should even experience much longer battery life than the original Monoprice Z-wave recessed sensor.

This is my first project post, so I hope someone finds it useful. The work is a bit sloppy, but I was in a rush and it only took about three hours to complete (not including JB Weld dry time). The next one will be cleaner.

I have the same situation with my monoprice recessed sensors. How has the zigbee mod been holding up?

The battery drain is so much lower than the Monoprice. Here’s the report since I installex it. Still 100%. Better yet, no falses and all events have been reported.